Attack On Titan The Movie: Part One Hit the Egyptian...

On July 14, 2015 (Los Angeles Time), Attack On Titan The Movie: Part One, the live-adaptation film based on the worldwide hit manga of the same title, had its world premiere at the Egyptian Theater in Los Angeles. Red carpet of the legendary venue in hollywood welcomed guests of the Attack On Titan team all the way from Japan: director Shinji Higuchi, leading actor Haruma Miura, and leading actress Kiko Mizuhara. An array of devoted cosplayers and talents were also starred in the event. 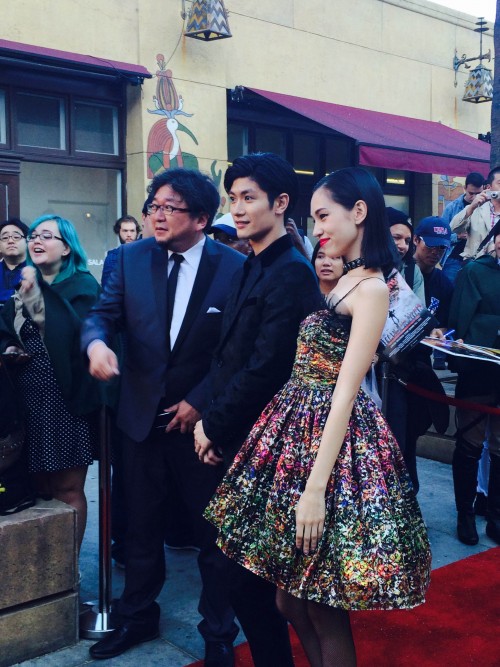 The premiere attracted fans from both the U.S. and overseas who had been waiting with posters in their hands for the big stars from Japan. Long-time fans of Haruma came all the way from Taiwan to see his first-time red carpet in Hollywood. 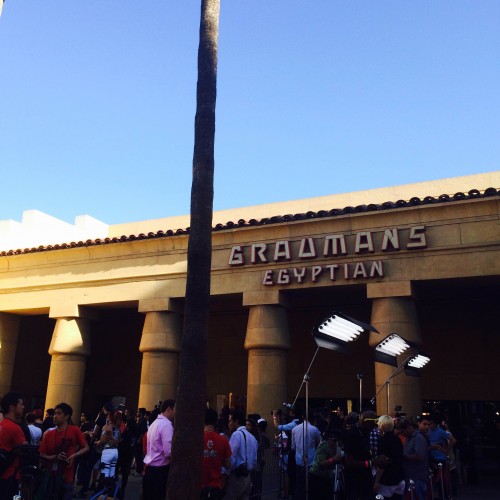 The crowd burst into huge exhilaration the moment when Haruma and Kiko appeared at the entrance of the theater. Both Haruma and Kiko greeted the press and fans with cheerful smiles and responded to their requests such as taking selfies together and signing for them. While walking down the red carpet throughout enormous cheers, they answered media’s questions in both English and Japanese. 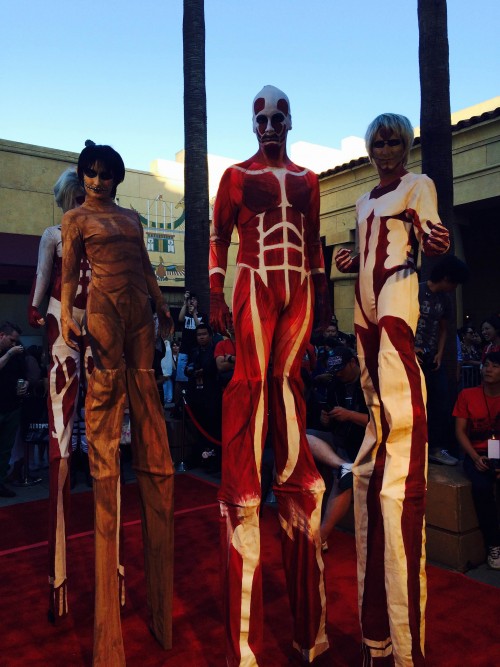 According to Haruma, the actor of Eren, he was extremely honored and excited that the live-adaption film of Attack On Titan could be shown for the very first time at the Egyptian Theater. He hoped that the world would enjoy the charm of Tokusatsu films (special effect films, usually adapted from Sci-fi novels and mangas) through this production based on a huge hit manga. Attack On Titan was a film where he challenged a lot and spent a lot of efforts, therefore he wish the world to look forward to the day when it hits public theaters. 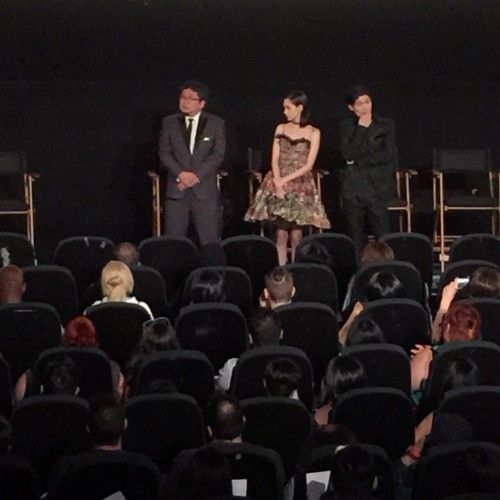 Kiko, who played Mikasa, a most complex yet popular female role in the manga, said she had “so much fun acting as her”. Before the premiere started, she greeted the audience with a perfect speech in English, which impressed everyone and triggered exciting applauses even before the film was shown. Although she was “a little bit nervous”, she was very happy to be there at the Egyptian Theater with her latest film and hoped everyone would enjoy it as much as she did.

The story of the film is different from the anime and manga which grew to become worldwide hits, but still follows the same overall premise. Japanese moviegoers will we able to see the film in just a couple months when Toho Co. Ltd. brings it the first part to theaters on August 1. Part two will release just a few weeks later on September 19.

More Pictures from the World Premiere of Attack On Titan