Hatsune Miku Performs at the Palm of Your Hand via... 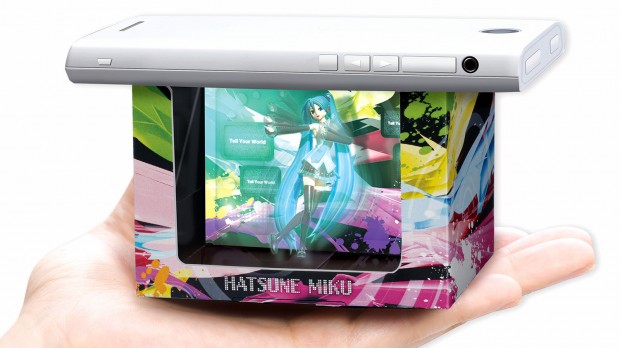 With Bandai’s Hakovision (hako = box) you can watch a pretty good quality 3D projection mapping video for just $5. The first Hakovisions were released in April and of Gundam and Zaku. Check out the videos of the 8.5 cm (3.35 inch) screen in action below.

Cool, right? Assembling these awesome little boxes only takes a couple of minutes. You just place the plastic bas-relief-type plate against the back of the box, and lay the clear plastic plate at an angle.

Bandai will release two Hatsune Miku versions on August 11th with completely original videos. One will feature “Tell Your World” and “Two-Dimensional Dream Fever,” while the other will feature “World is Mine” and “Story Rider.” The videos will be Wakamura P originals. In the pictures below, Hatsune Miku is wearing the same outfit, but they will be different once the product is completed. 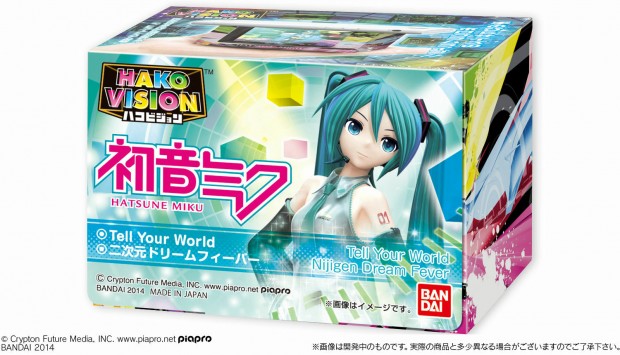 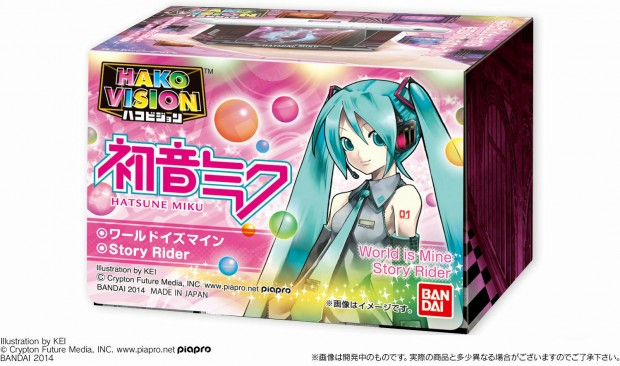