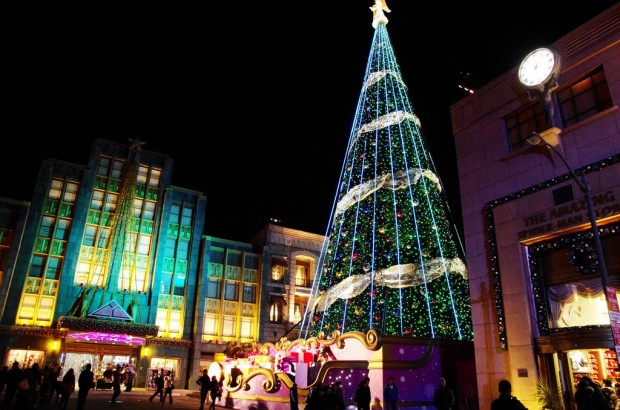 Ever wonder how Japan celebrates Christmas? It’s vastly different from how we do things here in America! Check out our 5 Fun Facts on Christmas in Japan video presented by Ashley!

For the condensed text version, read on:

Unlike the U.S., we never see religious Christmas decoration like the nativity scene around Japan because only a small percentage of the Japanese population is Christian. So instead, all you’ll see are Santa Clauses, Christmas trees, ornaments, & Christmas lights.

#2: Christmas Eve is celebrated rather than Christmas Day

Here we take both days off but in Japan, people will still go to school and work on Christmas Day. Also, Christmas shopping happens as early as mid-November until the beginning of December. Around this time, shopping centers are PACKED with people trying to buy gifts and Santa Claus cosplayers running around. Once Christmas is over, all the decorations are immediately taken down in preparation for New Years.

Chimneys are almost non-existent in Japan so how would Santa Claus drop off presents? Well, the stories vary from parents to parents. Some say Santa Claus has a magical key that unlock all doors and some say the parents would unlock the window for jolly ol’ St. Nick to come right in! 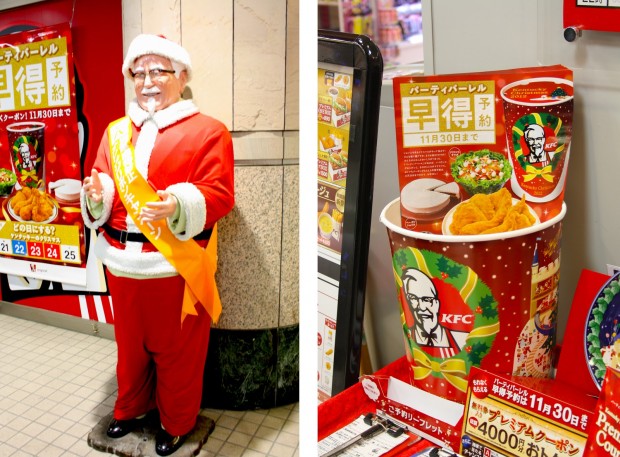 #4: KFC is the main dish at most parties

Kentucky Fried Chicken is probably not a big deal here in America but gosh darn it is it a BIG freaking deal in Japan! In the 70s, KFC launched a successful marketing campaign called “Kurisumasu ni wa kentakkii!” (Kentucky for Christmas!) and ever since then, it has become one of the most demanding fast food in Japan. The Colonel will begin taking orders early December so if you’re in Japan and you want some drumsticks… better place that order ASAP!

We usually spend time with our friends and family on Christmas Eve and Day, but in Japan, family is out of the picture. The 24th is the day where guys would take their special girl to a nice restaurant and buy them a nice gift. Oh, and even take a romantic stroll through the city filled with illumination. However, for single women and men out there, this is probably the worst day of the year. This is the time for them to get together with friends and get drunk… or just get drunk alone.

Sorry to end on such a morbid note… or a funny one depending on your perspective. If morbid, please look at the below Totoro & Friends ice sculptures and feel better! Hope you learned something from this video or posts!