Live Report of ONE OK ROCK’s Performance on “YELLOWCARD 2015...

TRANSLATED AND EDITED by Melissa

Special Thanks to Hina (Instagram@10969hina_at_la) 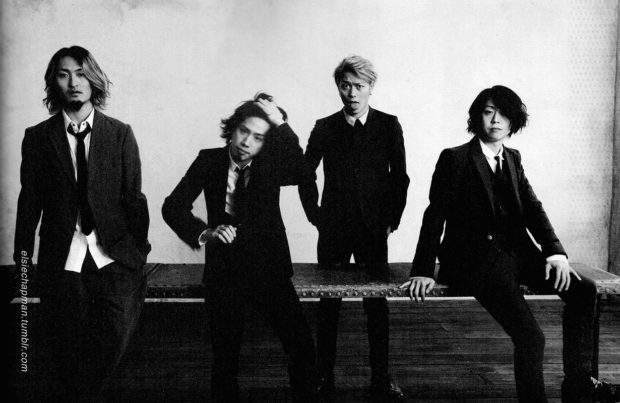 About the Author: Hina

A big ONE OK ROCK fan for almost two years after she first listened to their famous track “Be the Light“, Hina supports ONE OK ROCK with incredible passion, attending their concerts in both America and Japan. For this year’s Yellowcard U.S. tour where ONE OK ROCK performed as a guest act, Hina went to three consecutive shows in Indianapolis, Cleveland and Pittsburgh. Hina will also attend the band’s following domestic tour in Japan to show her support. In addition to buying the band’s music and going to concerts, Hina also expresses her devotion to the band with something special — she manages a ONE OK ROCK fanclub and contributes to making ONE OK ROCK known to more people.

We are very excited to share with Kawaii Kakkoii Sugoi readers her Live Report of ONE OK ROCK’s performance in Indianapolis several weeks ago. Hope you guys enjoy the excitement from her report and make sure to see ONE OK ROCK live next time!

Hina’s Live Report of ONE OK ROCK’s Performance on “YELLOWCARD 2015 TOUR WITH FINCH AND ONE OK ROCK” @DELUXE AT OLD NATIONAL CENTER, Indianapolis

The stage was so small… way too cramped… This was my only thought when seeing the stage in the first row, which I got for the first time in a ONE OK ROCK show.

Following their performances as the guest in YELLOWCARD’s US tour on April 6, 7, 8, 10, 11, and 12 as planned, ONE OK ROCK stood on the stage of DELUXE AT OLD NATIONAL CENTER in Indianapolis on April 15.

Drum set of the headlining band, YELLOWCARD, already occupied the best position (before ONE OK ROCK hit the stage). On the other hand, Tomoya’s drum set was displayed quite in the front (of the stage).

I thought the stage for VANS WARPED TOUR was small enough but this time the stage was even smaller, so small that it must be dangerous for Ryota to do any intense actions (in the small room) around him. How would these four guys move (and perform) on such a small stage and how would Taka plan to sing? This was the point that made me interested.

Ryota, Toru and Tomoya, the three guys of ONE OK ROCK’s rhythm team, appeared on the stage in a relaxed manner. Tomoya got my attention with his impressive aura. His overwhelming drum phrases stole my heart in a moment.

Next song: ONE BY ONE

Opening up his arms in the air above, Taka shouted: “This is my decision!”, and emceed. Here started the song Decision.

Next Song: Cry out

Next Song: The Beginning

The 30-minute set with 6 songs in total came to an end in the twinkling of an eye, but this show left me greatly satisfied. Decision, the song released as part of their Single “Mighty Long Fall” before the release of 35xxxv, perfectly matched the vibes of the United States; and the splendor of Cry Out stood out even more in the live performance.

Toru came to the right side of the stage — actually there was little lightning there, and kicked his legs as usual while playing the guitar; whereas Tomoya swung his hair so fiercely and messed it when playing the drums. Because of the cramped stage, there were times when Ryota almost lost his balance, but still, he jumped really high in the performance.

Taka’s voice was in a pretty good condition. He sang every song very carefully, and it looked like he was making sure with himself (about his singing). His playing around with the microphone was also definitely a sharp live performance.

I think all four members of the band definitely enjoyed this show, even including the rarely-seen small stage. This performance made me look even more forward to live shows in the next two cities (Cleveland and Pittsburgh).

★ Thank you for reading this live report and big thanks again to Hina! Leave a comment below if you have anything to say about the show or the band. Also, the live report on ONE OK ROCK’s Cleveland show is coming up soon, so please stay tuned for this as well as other contents on Kawaii Kakkoii Sugoi! ★