This news is blowing up all over Japanese blogs! According to them the new series will be called Gundam AGE and will be worked on by Level-5, an independent video game developer who is well-known for the Professor Layton series. The story will follow three generations of the Asno family. It begins with Filetto Asno, creator of the mobile suit Gundam AGE-1, and then becomes his son, Asem’s story, and finally about his grandson, Qio. The AGE System allows the Gundam AGE-1 to change during battles. When power is needed, it transforms into Titus and when speed is preferred it changes into Sparrow. Here are the pictures from the blogs: 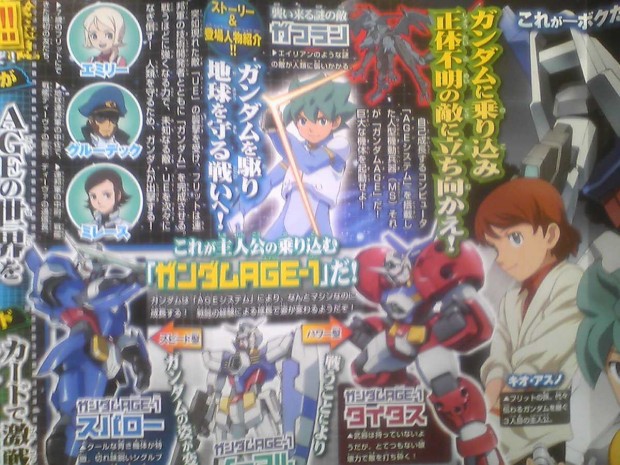 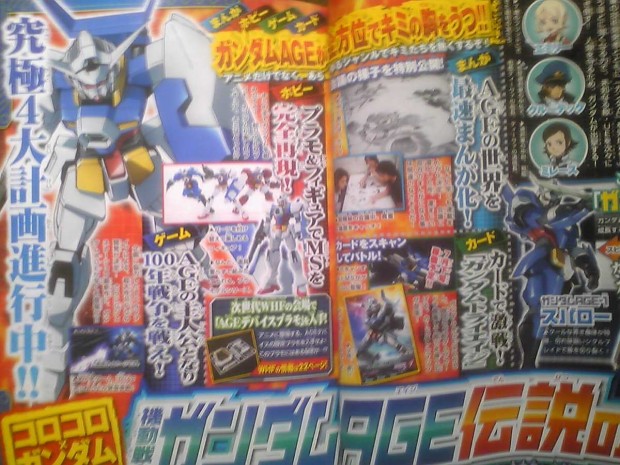 About half of the people who have left comments aren’t really digging it. From the characters and the fact that it’s being published in Coro Coro Comic (which is mainly read by elementary school boys), it’s probably marketed towards younger kids. Anyway, we’ll keep you posted so keep checking back!