I am pretty sure you have watched both of Summer Wars and The Girl Who Leapt Through Time. Personally, Summer Wars was my favorite anime from 2009. The Character designe of the movie was beyond awesome. and guess what? His new movie is here! 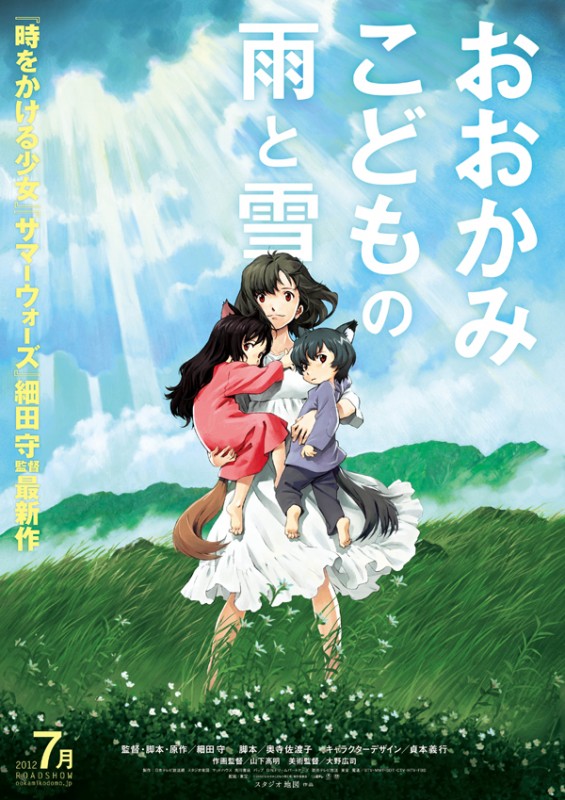 Mamoru Hosoda,  { the director of Summer Wars and The Girl Who Leapt Through Time } his upcoming new film’s trailer is here! Ōkami Kodomo no Ame to Yuki (The Wolf Children Ame and Yuki) was posted online on Thursday!

The film’s story covers 13 years and begins with a 19-year-old college student named Hana who encounters and falls in “fairy tale-like” love with a “wolf man.” After marrying the wolf man, Hana gives birth and raises two wolf children — an older sister named Yuki (“snow”) who was born on a snowy day, and a younger brother named Ame (“rain”) who was born on a rainy day. When the wolf man suddenly dies, Hana decides to move to a rural town far removed from the city. (Source)

Check out their official site (Japanese)