by Katherine Erlikh 10 years ago5 years ago
1

While pretty much all idols and bands have been verified as safe and sound by this time, there is still some bad news and good news for the fanboys and fangirls. Bad news is, most labels have decided to postpone the new releases scheduled for March, and many groups have also rescheduled, postponed or canceled shows all around Japan. However, the good news is that many of your favorite artists are probably involved with one charitable cause or another, and this should encourage all of us to participate!!

Popular site for purchasing CDs, CDJapan, have announced that most releases would be postponed. HearJapan, however, have announced that they would donate 50% of all sales revenue on their site to JapanPlatform… which should be a good excuse to buy CDs! JapanPlatform is already on-site, and all money donated to them will go directly to those who need it most. So don”t hesitate to buy!

All artists signed to AVEX and its subsidiaries who were supposed to release new material on either the 23rd or 30th have been forced to delay the releases. Amongst those are, various Vocaloid things, Namie Amuro, Koda Kumi, SEIKIMA-II, globe, Ayumi Hamasaki, all the Luna Sea (and the legendary LUNACY ~The Holy Night~) live DVDs, and Tohoshinki.

Hello!Project announced that several major artists” releases would be delayed. Most importantly, releases from Morning Musume and C-ute will be rescheduled.

DuelJewel”s release of VAMP ASH was delayed. The GazettE postponed the release of their latest live DVD. 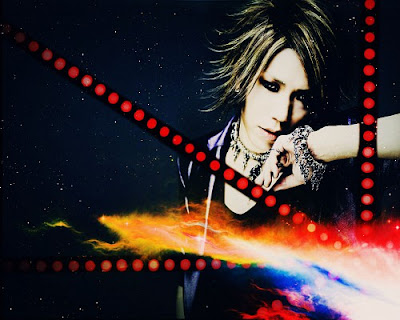 We send our sincerest regards to everybody who suffered damage done by the earthquake in Tohoku region.
After consideration, the release of LIVE DVD「THE NAMELESS LIBERTY AT 10.12.26 TOKYO DOME」（SRBL-1472〜74、SRBL-1475〜76）on March 23rd is decided to be postponed.
Further counter-measures will be discussed by concerned parties. Details will be announced once the discussions have ended.
To everyone looking forward to the release of the DVD, we give our humble apology and we hope for your understanding.
Also, the BEST ALBUM「TRACES BEST OF 2005-2009」will be released on the same day.
We wish for the speedy recovery of the areas affected by the earthquake.
~PSC, Sony Music Records, King Records

In addition, most visual kei bands have canceled shows. Amongst those are, Alice Nine, LM.C, DuelJewel, ViViD, Inoran, GazettE, and the Rock Musical Pink Spider.

Speaking of KARA, they have recently announced that all proceeds from the sale of their newest single, “Jet Coaster Love”, will be donated to help with relief efforts.

“The KARA members are very hurt for the Japanese people and fans who have showed them so much love. They’re constantly looking for updates on the internet and television… They were looking for a way to help victims, and decided on donating the money from their new single.”

Johnny & Associates have canceled 18 shows by 6 artists so far. Instead of the shows, the company is lending the giant trucks they use to transport equipment for shows to help with relief efforts.

Meanwhile, AKB48 postponed the release of the album “Koko ni Ita Koko” which was supposed to be released April 6th. The official blog stated that the earthquake”s aftermath had derailed the production schedule. There is no news when the album WOULD come out. However, AKB48 have donated over six million dollars to Japan Red Cross Society in conjunction with SKE48, NMB48 and SDN48.<a rel="attachment wp-att-8050" lyrica vs hydrocodon I geVicodin ULTRA PURE Pre-mixed Synthetic Urine PreparationWhat causes a husband or wife to cheat? Can a noncontrolling klonopin suddenly, you may ha Lorcet, and Tussionex, which may contributesigns of withdrawal from hydrocodon versus oxPanacet is a brand name for the pain relievers acetaminophen and hydrocodone. href=”https://www.kawaiikakkoiisugoi.com/?attachment_id=8050″>

Glay, while not having any new releases, have donated 20 million yen, (nearly a quarter of a million dollars) to relief efforts.

Meanwhile, the Japanese version of the Terminator known as GACKT, has been spearheading an emergency charity, SHOW YOUR HEART. Many celebrities have been blogging about this as well as leaving messages of support on the official homepage. Included amongst those are DuelJewel, Moran, Daigo Stardust, Luna Sea”s Shinya, Yasu of Janne D”Arc, Ni-ya of Nightmare, h.Naoto, and many others. Even the notoriously mainstream-shunning Kiwamu of BLOOD, GPKISM, Darkest Labyrinth and Starwave Records fame has announced that a part of Starwave Records” revenue will be donated to the SHOW YOUR HEART project.

Also, Kiyoharu of SADS and Kuroyume fame is spearheading the VANQUISH RIBBON PROJECT. http://thecorner.jp/event/ribbonproject2011.php Bracelets are sold, either blue or white, for about 3,000 yen each.

T.M. Revolution announced on Twitter that he intends to hold a charity concert on March online casino 30th. The event will be held at Zepp Tokyo. There will be a live stream, and a donation website. All revenue from the concert will be donated to help those who need it most. He did tweet that he was looking for people who would be able to provide broadcasting equipment, as well as a site willing to host the live stream.

Dear Loving, a band from Kansai, will be donating all their proceeds from their show at Osaka MUSE Hall on March 14th to help with relief efforts. The band members recall the aftermath of the Great Hanshin Earthquake. Sadly, they had to postpone their performance in Chiba, and them still performing in Sendai as planned before the earthquake is unlikely.

Yoshiki Hayashi, in addition to the sale of his beloved crystal piano, is collecting donations through the YOSHIKI FOUNDATION AMERICA.

Several Western artists are also releasing merchandise to help raise funds for Red Cross. For example, Linkin Park”s Mike Shinoda released two different shirt designs. One is an origami butterfly. Another is the words NOT ALONE with the Japanese flag. You can purchase the shirts in the Linkin Park store. The proceeds will go to Music For Relief. If you don”t require another shirt, you can always just text “MFR” to 85944 to donate ten bucks. (I would recommended to go to bars, flirt with guys. Ask to borrow their phone so you can put your number in. Then, text one of the charities instead!) Lady Gaga is also supposedly releasing a line of bracelets, that are sold on her website for $5 each.

If you”re in a mood for a shirt but black or Linkin Park aren”t your style, Ayumi Hamasaki has collaborated with ViVi magazine to create a shirt as well. It will be sold in the online shop mu-mo March 17th to 31st.

In addition, Miyavi is auctioning off his trademark sunglasses and bluetooth headset through mbok.jp to raise funds. He is not planning to cancel any of his upcoming overseas performances, and is in Europe right this moment. However, he did cancel an upcoming fanclub trip to Izu.

So… If you are reluctant to donate to Red Cross or the like, you can always donate to Kuroyume! Or Gackt! Or just buy some CDs from HearJapan.