Pokemon Alpha Sapphire and Omega Ruby have been out for a while and I’ve just finished the entire game. It was an like a First-Class flight down memory lane, especially with the addition with the Eon Flute which made flying feel way more visceral than the tried and true method of selecting a city and then ending up there after a little animation played out.

But we’re not talking about the main game today; we’re going to talk about that space adventure I mentioned in a previous article. I wasn’t expecting much when news of the new epilogue (The Delta Episode) surfaced on the internet. I assumed it was going to be in a similar vein to the Pokemon X and Y epilogue: a nice little side-adventure with no bearings to the actual plot of the game. *Massive story spoilers ahead but you’re already here so you might feel compelled to read through to the end anyways* 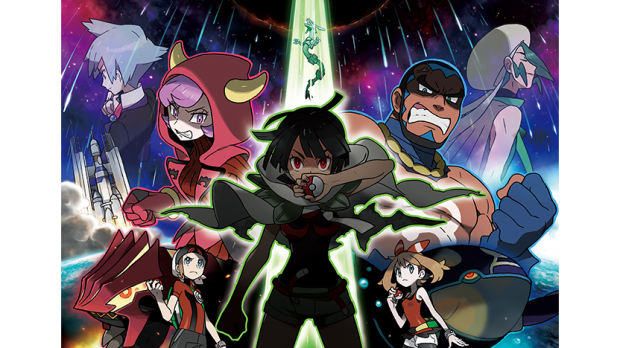 Even though I said massive spoilers, I’ll refrain from spoiling specific events and just focus on our main topic: the alternate timeline in Pokemon. Basically a meteor is headed towards PokeEarth and there is no hope for survival (pretty grim for Pokemon) except to use technology and warp the meteor to another dimension. I should note that warp pads are specifically mentioned to use the same technology that was going to be used to warp the meteor albeit on a smaller scale. While everyone is fine with this plan, the new epilogue-only character is against it stating this:

If you take into consideration that she is talking about the FIRST iteration of Ruby and Sapphire where there are no Mega Evolutions of any mention of the terrible war this could very well mean that Pokemon ORAS is occurring in a separate timeline where Mega Evolutions exist. In fact, Mega Evolutions exist because of events that occurred in Hoenn of ORAS past; a meteorite landed on earth turned Rayquaza into Mega-Rayquaza and it saved the world 3000 years ago. Bits and pieces of this meteorite become the Mega Stones that we know today and that is what sets ORAS apart from Ruby and Sapphire.

While we’re on the subjecting of warping, for those of you that played the game to completion, don’t you think it’s a little strange how while flying around on your Lati@s (get it, because the @ symbol can represent both an O and an A), there were islands with giant hoops that lead you to legendary Pokemon from all the Pokemon games (excluding the first generation). Now that the suggestion of alternate timelines/dimensions has been made wouldn’t it be possible that these hoops are bringing you to another dimension altogether rather than just the resting place of these legendaries? Well a Pokemon known as Hoopa (I swear this is a real Pokemon and I do not have an uncle that works at Nintendo or whatever kids say on the schoolyard nowadays) has hoops very similar in design to the hoops in ORAS. In fact it is even mentioned in the lore of Hoopa (this is all from hacked files so it’s still not known whether this will remain true in the future) that it can use its rings to transport anything as it pleases. Its rings can even expand to the size of several miles.

Game Freak has managed to revitalize the lore of Pokemon in an hour and a half long side adventure. Not only has Pokemon gradually been getting more serious in tone, it’s implementing more expansive methods of storytelling rather than the original linear style. ORAS was originally going to be my final Pokemon game but seeing the lore and world building of Pokemon develop in ways I never imagined I can’t contain my excitement of any new Pokemon news. The Delta Episode has revitalized my love for Pokemon.

Further discussion can be found on /r/pokemonconspiraces or /r/pokemon