While Day 0 was relatively lax and easy to get around, I was caught off guard when I a saw throng of cosplayers, wearing their intricate costumes, gathering and waiting in front of Los Angeles Convention Center. Excitement spread throughout the atmosphere. It was a struggle to work my way through the crowd and present my press badge. The first thing that Maya, my friend and coworker, and I did was photograph Lemon and Sugar, mascots for Lemona Designs, sour lemonade candy,  posing as Anime Expo 2017 was preparing to open for the public. Lemon and Sugar’s Booth is in Entertainment Hall 9A so please stop by and follow their social media for some free candy! 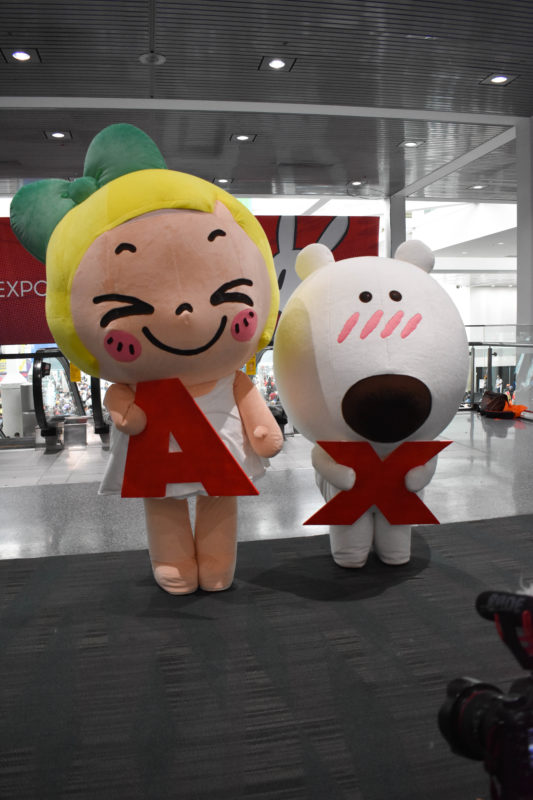 Following that, Mark Manansala, CEO of SPJA, along with Akira Himekawa, manga creator of The Legend of Zelda, and Lemon and Sugar cut the ribbon,  thus officially opening Anime Expo 2017, all this happening to the instrumentation of taiko. A stampede of cosplayers and otakus marched their way up the stairs and into the Expo’s Exhibit Hall. 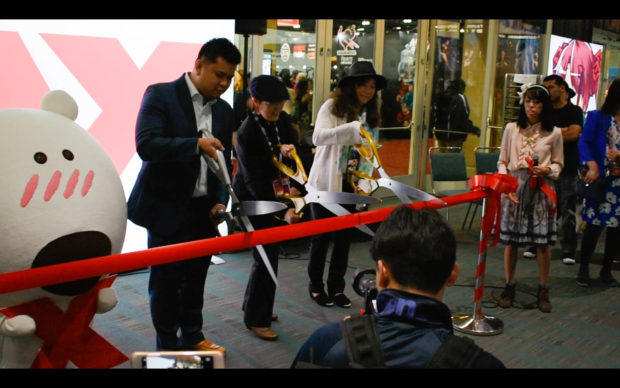 There were many amazing cosplayers and each of their cosplays showed how much effort was invested in capturing the spirit of their characters. 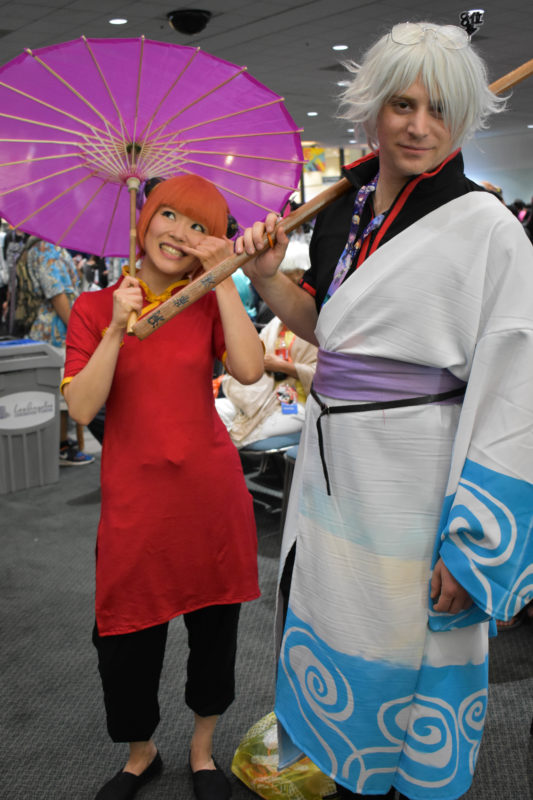 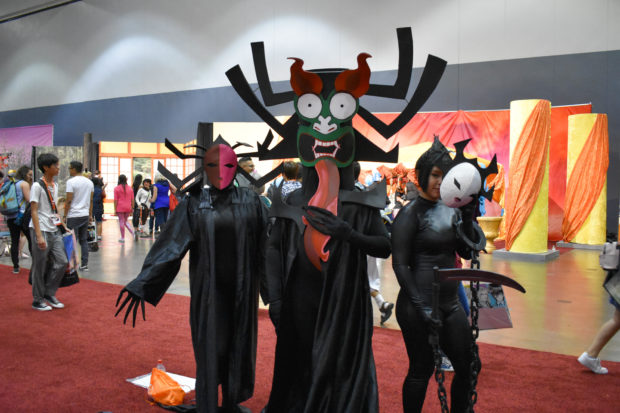 Shortly after the Expo officially opened, Maya and I walked around the Expo to explore and find anything of interest. We entered the Entertainment Hall where the Blizzard panel displayed several figurines for sale. 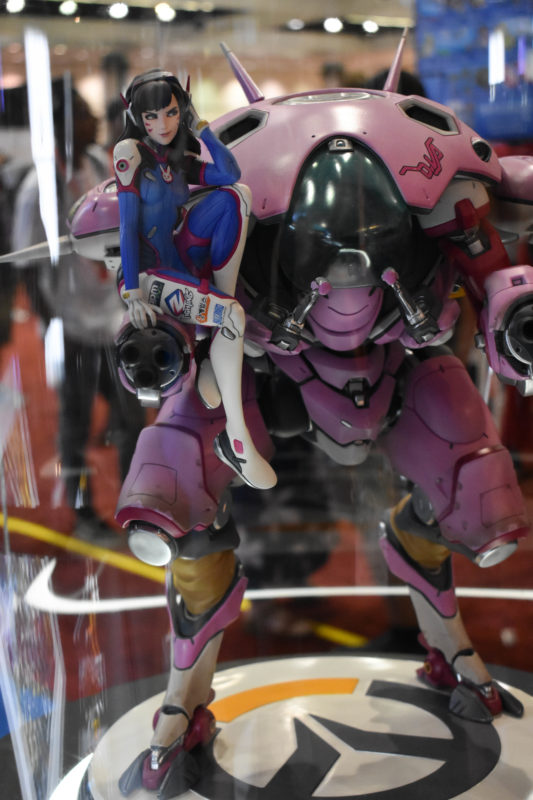 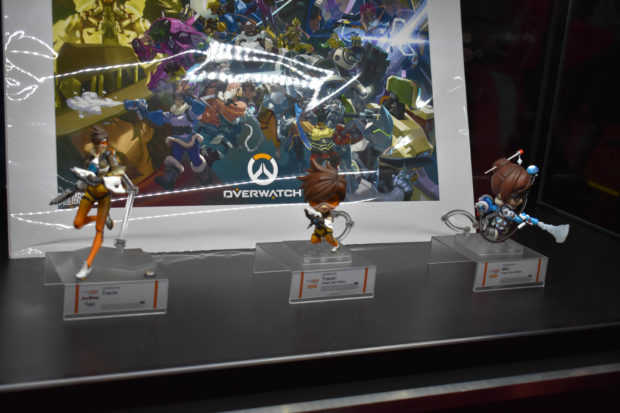 The area showcased a gaming section where anyone may feel free to play video games as well different automobiles with several iconic anime characters, such as Android 18 and Hatsune Miku. If you have the chance, by all means, stop there and have fun! You will not regret it! 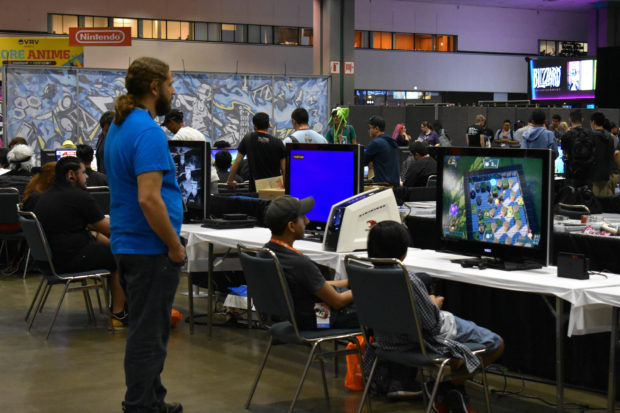 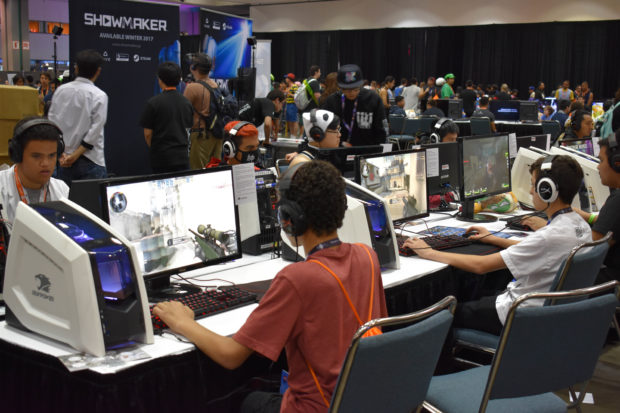 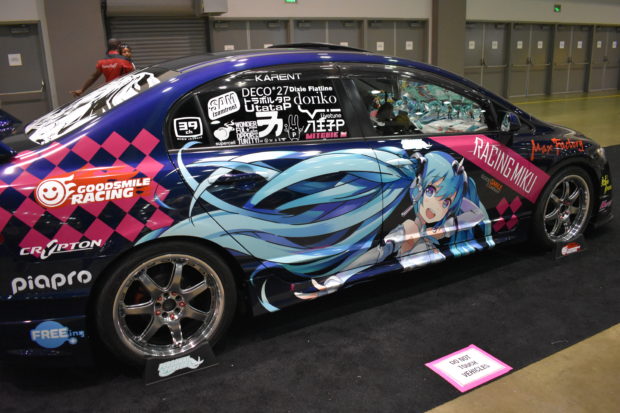 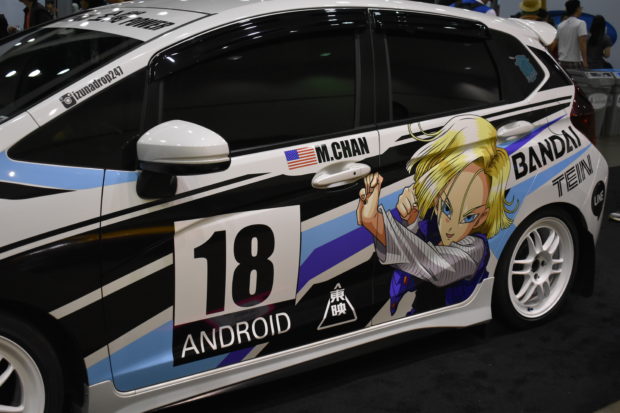 To conclude the day, I went to a special workshop at Anime Expo: “How to Wear a Traditional Japanese Outfit: Kimono and Hakama.” To my amazement, there was a long line from the entrance to Room 403B that reached around the other side of the room. At first, I was a little confused if I was at the right location. Since I was press, I got the privilege of getting in line before everyone did and had the advantage to sit in the front. It was a wonderful workshop because while everyone knows what a kimono and hakama might look like, how it is prepared and set-up is a completely different matter. There were so many complexities and nuances on how a  kimono was set up. All demonstrated by Ristsuko Sawai, Kimono Coordinator and Japanese Pattern Meister. (far left of the pictures) 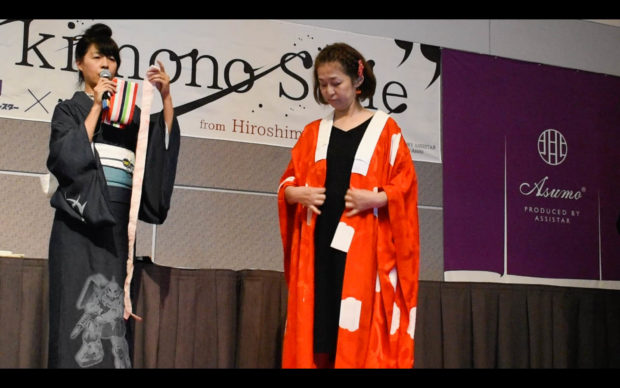 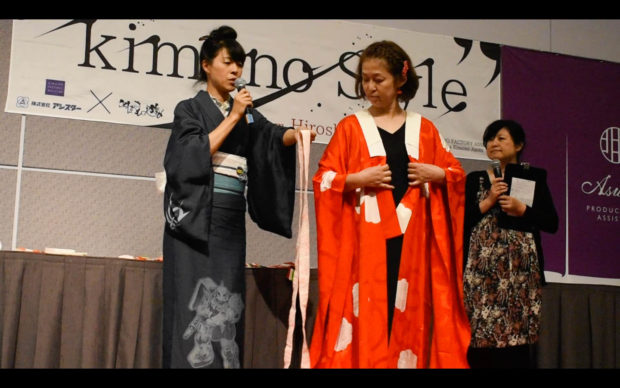 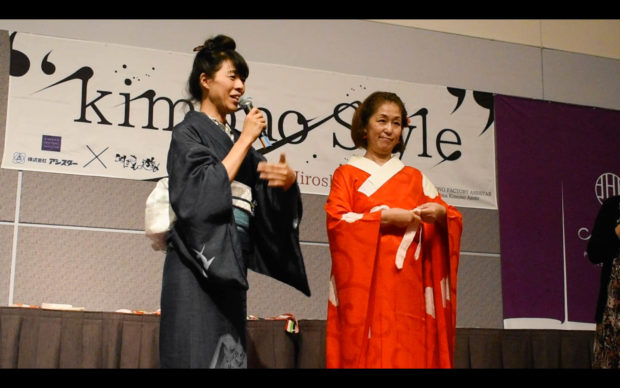 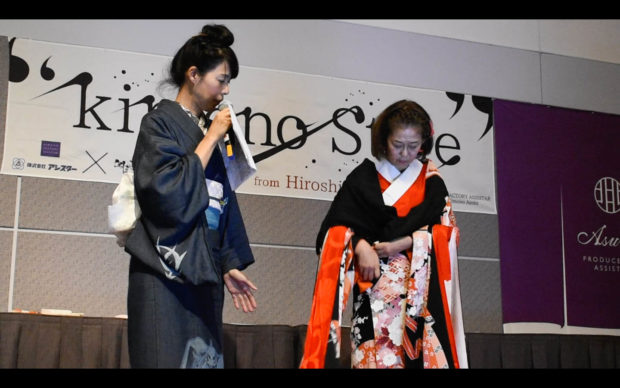 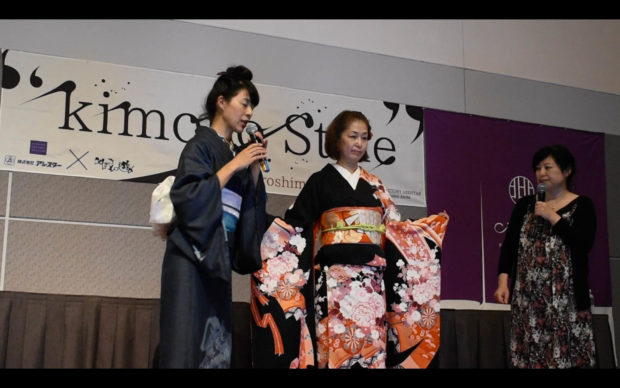 The Hakama setup was just as complex and nuanced as the kimono’s. 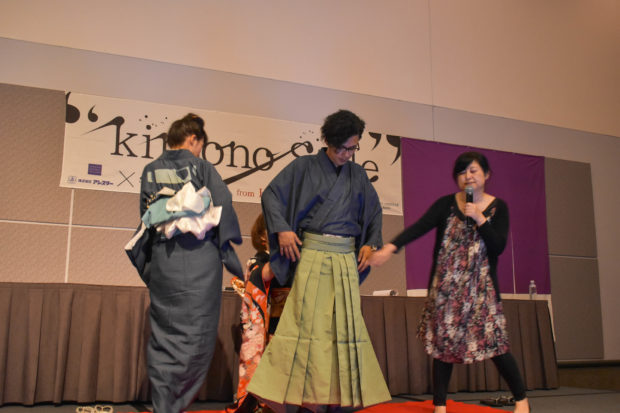 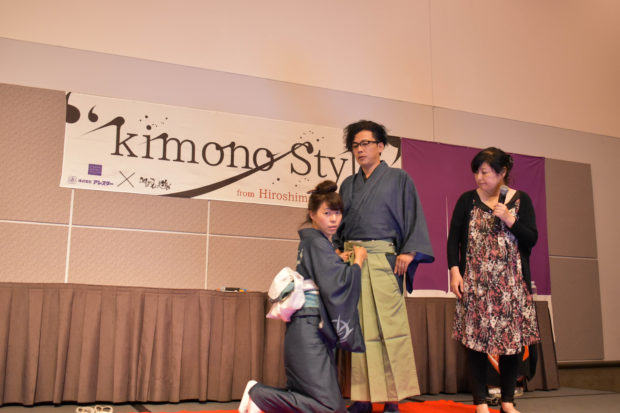 The wardrobe was provided by KIMONO FACKTOTORY JAPAN ASSISTAR Co.,Ltd.(http://assistar.co.jp/), whose goal is to succeed Kimono culture into next generation and currently focus on Japanese Style processing in general, while the styling and fashion instructions were featured by Hiroshima Kimono Asobi, a company of Producing Japanese cultural experience with wearing Kimono in Hiroshima. (http://www.kimonoasobi.info/wa-cul-know/)

Towards the end of the event, they introduced two special kimonos. The first one was the Evangelion kimono with the characters drawn on it! 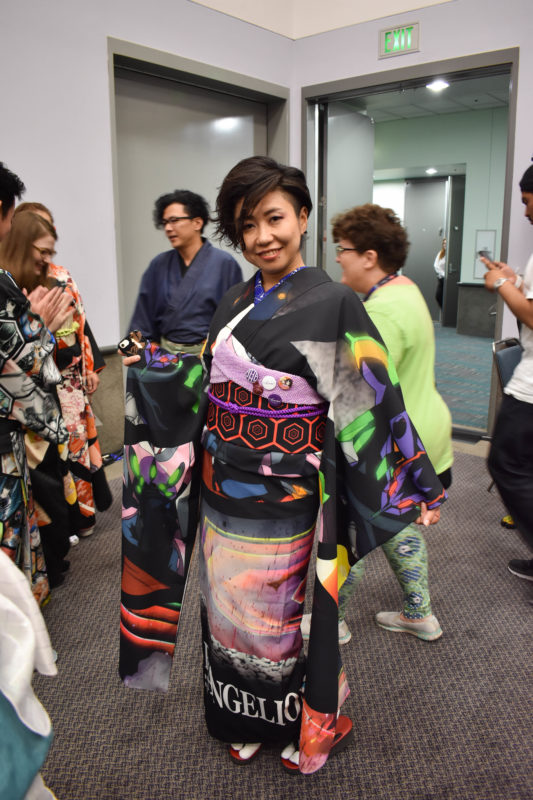 It is only available in limited quantity so if you happen to go to Anime Expo 2017, please visit Booth 3700 in the South Hall. You can also see different kinds of Evangelion kimono when you visit the booth.

Next was the Manga Kimono, designed after the works of Shinji Hiramatsu, whose major works include Black Angels and Ricky Typhon. The Manga Kimono was designed by AiP, short for “Anything is Possible”, a team that aims to add more freedom and fun to the traditional kimono. If you want further information, please visit their website: http://aip-kimono.com 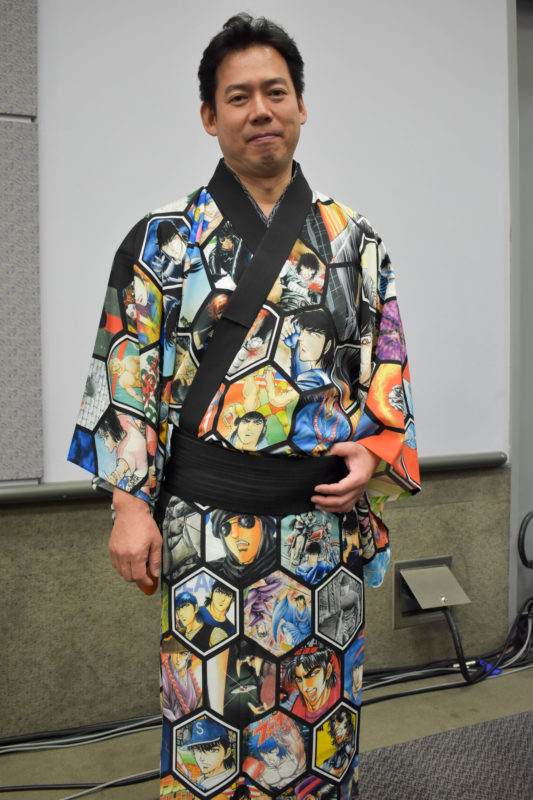 I had the opportunity to take pictures of several others wearing Kimono and Hakama; it was an amazing experience. 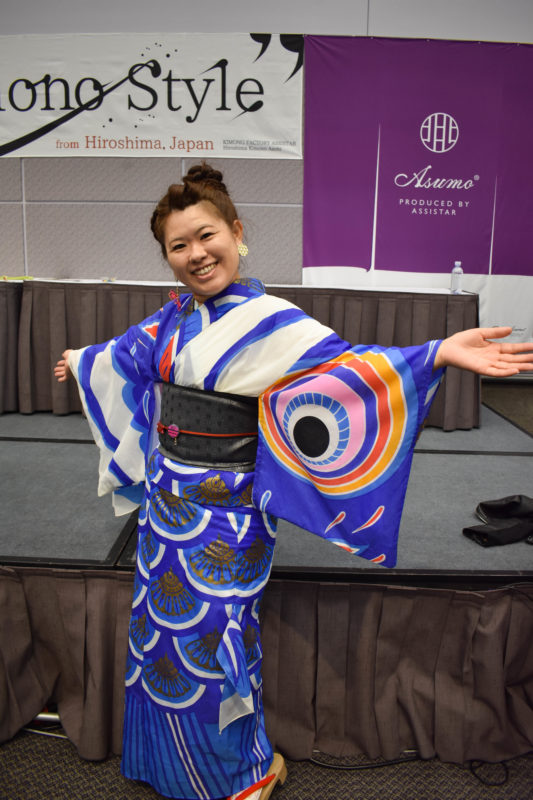 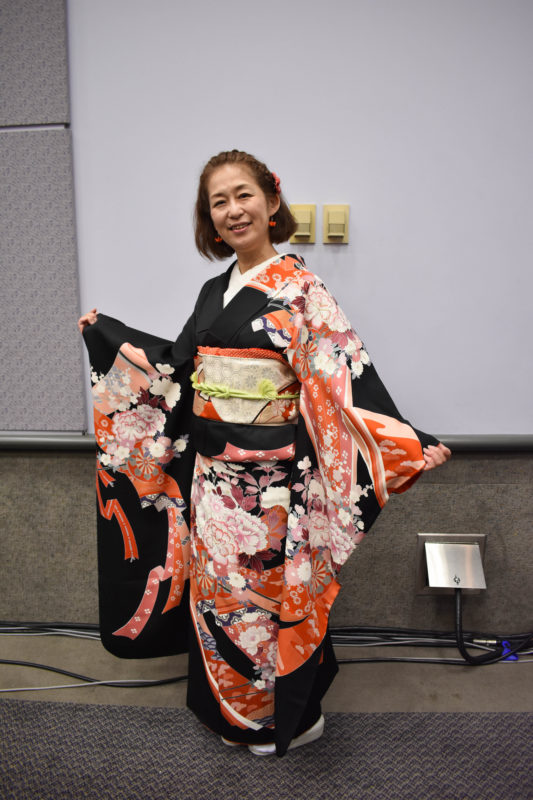 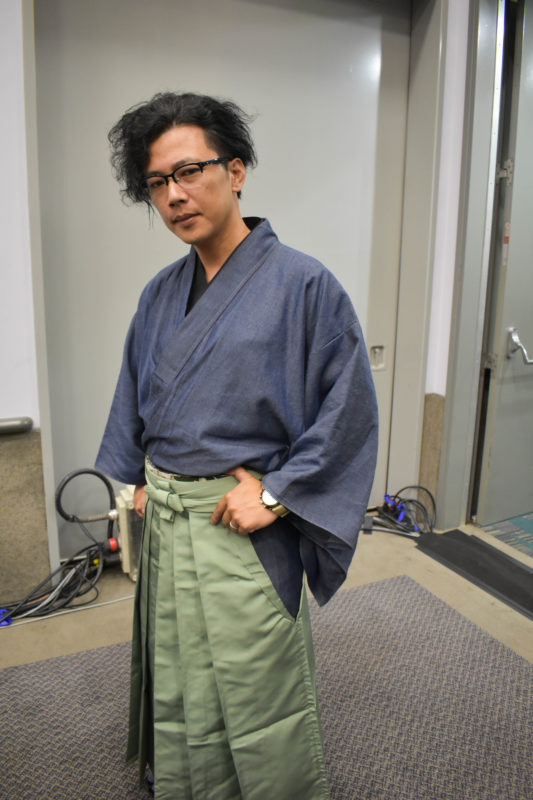 Day 1 was a worthwhile and wonderful experience. Hopefully, you are enjoying your experience at Anime Expo 2017.