There’s an umbrella shaped like a rifle being sold at Thanko Rare Item Shop in Akihabara. The Rifle Umbrella is modeled after the M1 Garand and costs 1,680 yen ($21). 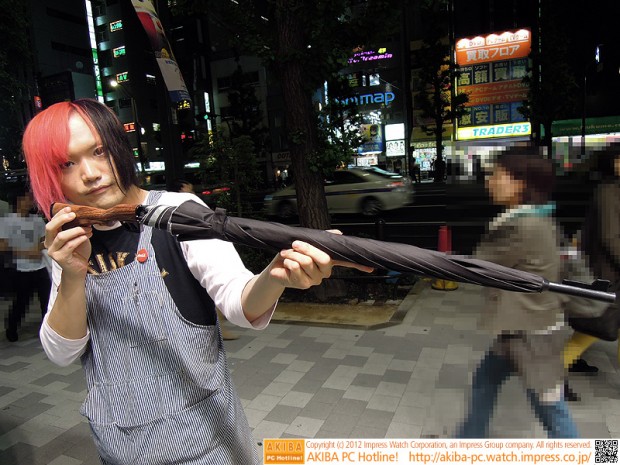 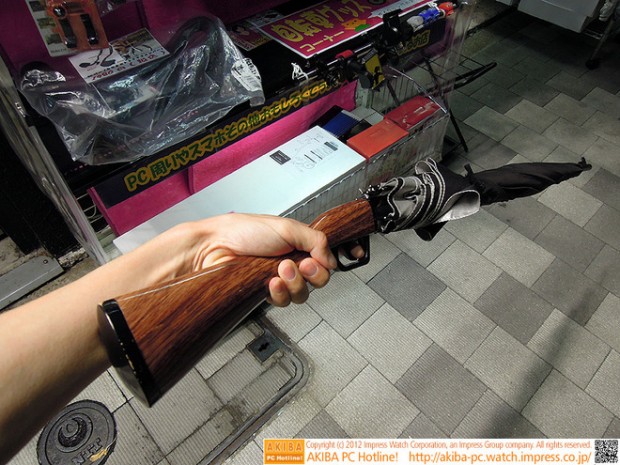 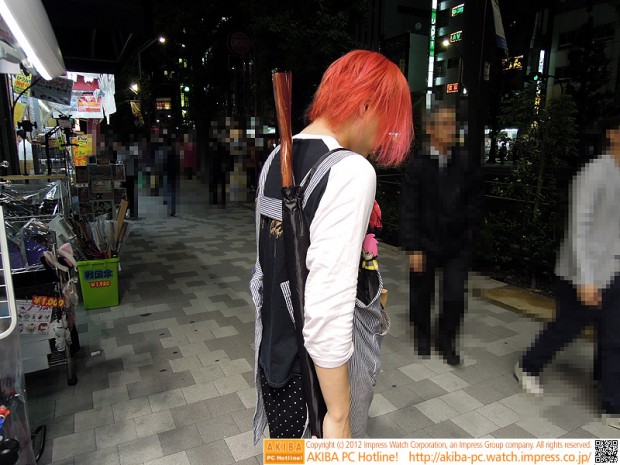 The stock serves as the handle, the barrel and front sight are at the tip, and the trigger opens up the umbrella, which is pretty awesome. It also comes with a bag that allows you to carry it over your shoulder. Just like the other unique umbrella we showed you a couple weeks ago called the Vegetabrella, this one sold out 6/16 and it’s uncertain when a new stock will come in again. This is probably a product that would never get sold in the US, which is a good thing in a country where people own real guns. I actually don’t think it’s a good idea for it to be sold anywhere, because if people get used to seeing toy guns in the streets, what’s going to stop some crazy guy with a real gun until he shoots and kills someone?