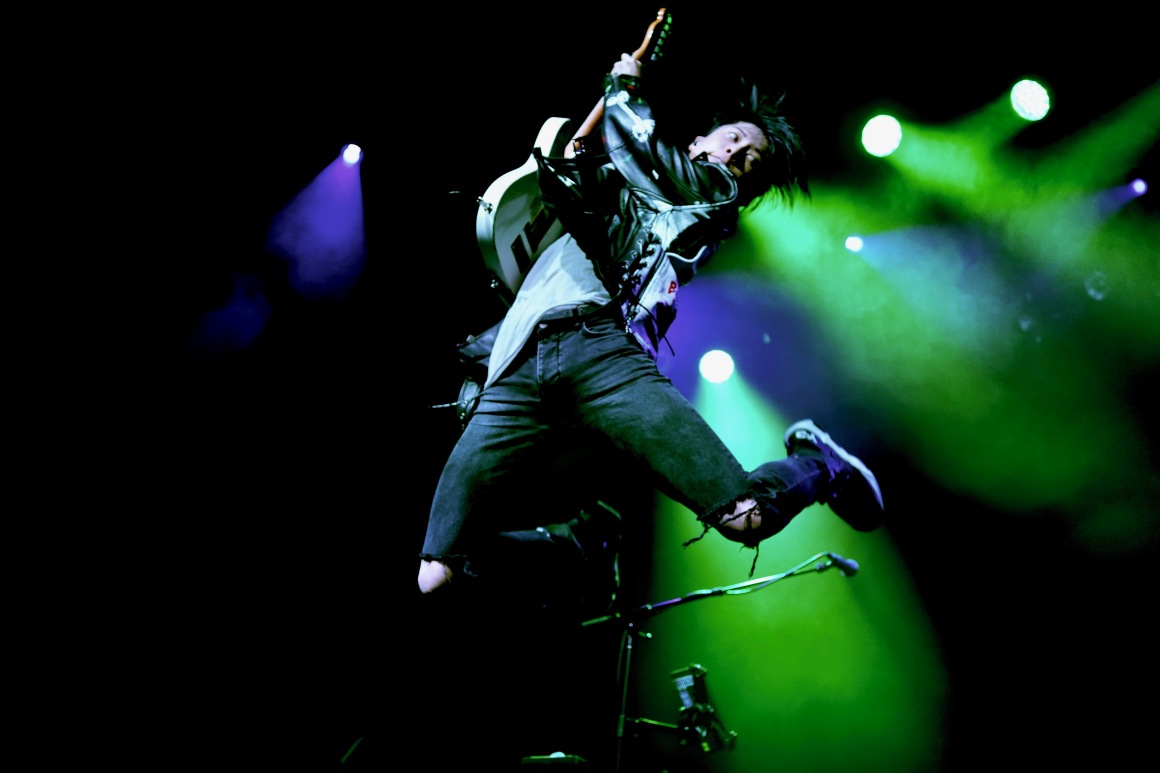 Although I’m no stranger to a Miyavi show, whether in the US or in Japan, I nevertheless was stoked by the infectious enthusiasm and prodigious stage presence Miyavi brought to the stage last night in Irving Plaza. As the last stop of this successful “Day 2” World Tour, the NYC show certainly did not disappoint.

There was no opening act, but Miyavi made sure the crowd got warmed up immediately. He took the stage precisely an hour after the door time with “Flashback” – by then the whole venue was already packed. From the very beginning, the audience was engaged. They responded to Miyavi’s every move, head-banging to the beats and cheering on the exquisite guitar melodies. Miyavi himself did not stint on his energy either. He stepped onto the stereo set to get a better look at the already screaming and fainting fans, then jumped high up to the middle of the air with a strong stroke on his guitar string, which sent the crowd into a tizzy.

After the nightclubby “In Crowd”, Miyavi took a brief break to jokingly complain about the mercurial weather in New York. He then proceeded to play a few of his recent songs, which are heavily influenced by modern hip-hop and electronica. Though a considerable amount of fans were from as early as his Visual-kei age, they seemed to embrace his evolution. A lot of fans even queued up alongside of the venue for the entire day just to get a closer position to the stage. Their enthusiasm paid off. A fan told me while they were waiting outside, they got to see Miyavi himself entering the venue. Before soundcheck, Miyavi took the time to shake hands with almost everyone in the line, greeting them with an appreciative smile. 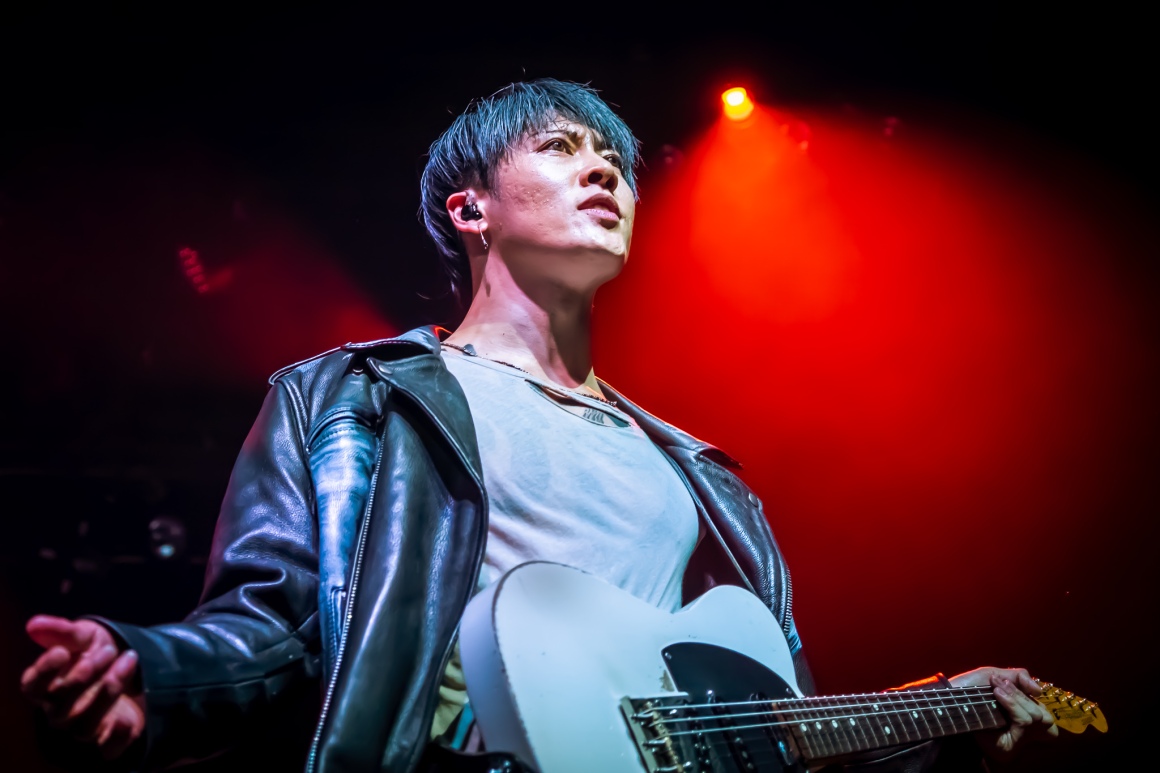 As the music tapered down towards the middle of the set, Miyavi made probably the most important speech of the whole night, sharing his experience and thoughts on his multiple trips to the refugee camps in Bangladesh as the Goodwill Ambassador of UNHCR (the UN refugee agency). He said, “I was initially doubtful of what I could do for these kids after seeing their dire living situation, but as I started singing and playing the guitar, I could see how the music lit up their eyes. From that moment I knew it was my mission to cheer them up with my music. I knew there was something I could do to help.” He then added, “This war. It’s not a natural disaster. The pain is caused by human, thus can be and should be ended and cured by human being.” The touching and powerful words moved every person in the room, receiving the loudest applause of the evening. It at that point became clear to me how deeply and genuinely these people respected the artist known as”the samurai guitarist”.

He then went on to comment on the heated subjects of immigration and racism. He admitted that he is an immigrant himself. He travels between America and Japan for work but primarily lives in Los Angeles with his family. He said he wondered why people are treated differently just because they come from other places. “Japanese people, American people, we are all human, right?” he questioned. “Let’s unite each other as one, through music.” He called on the audience to spread the message of the respect for diversity, integrity and inclusiveness. It wasn’t until then that I realized how diversified this crowd was, looking around all the friendly faces surrounding me. I guess his message has already been delivered in one way or another through music, hasn’t it? 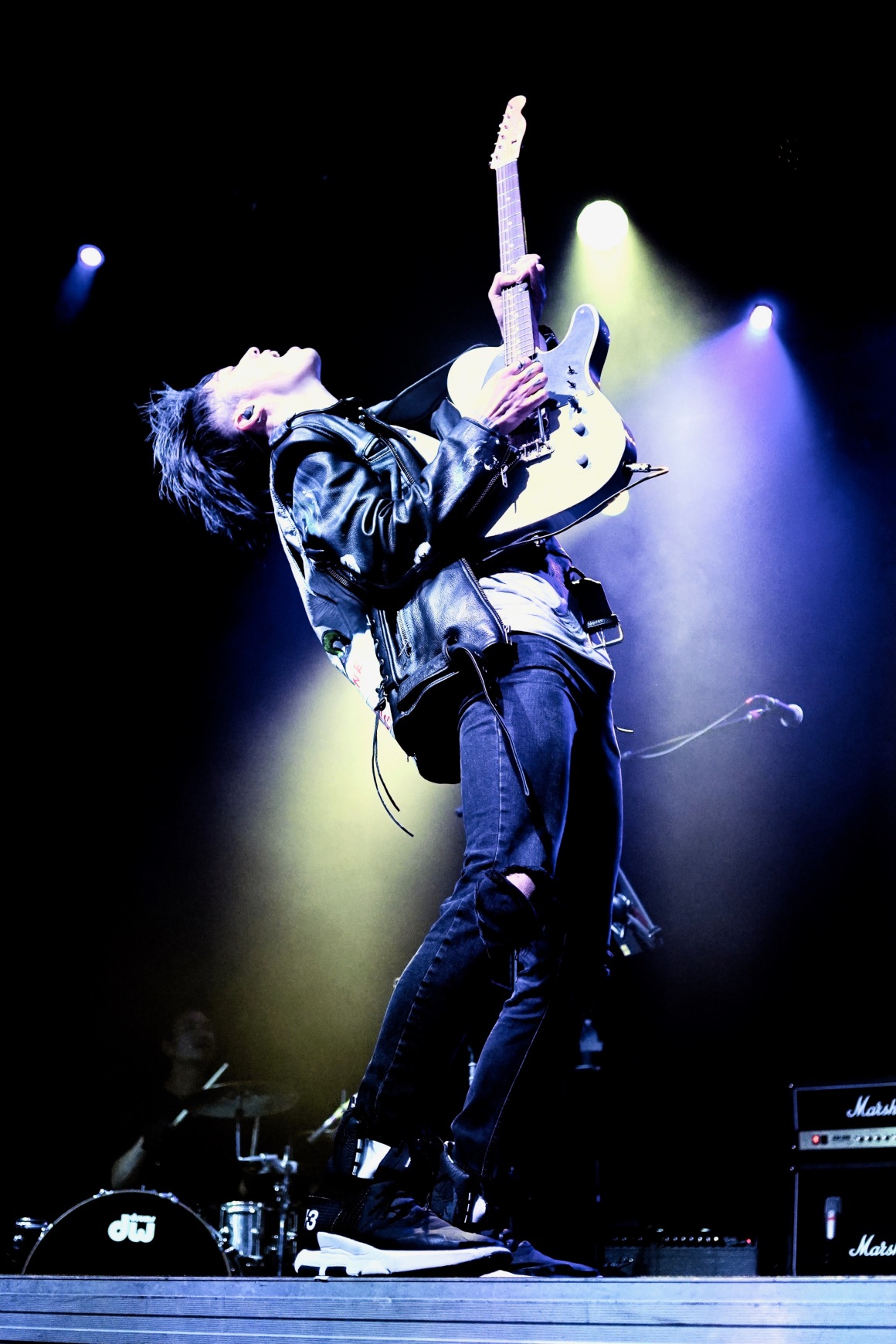 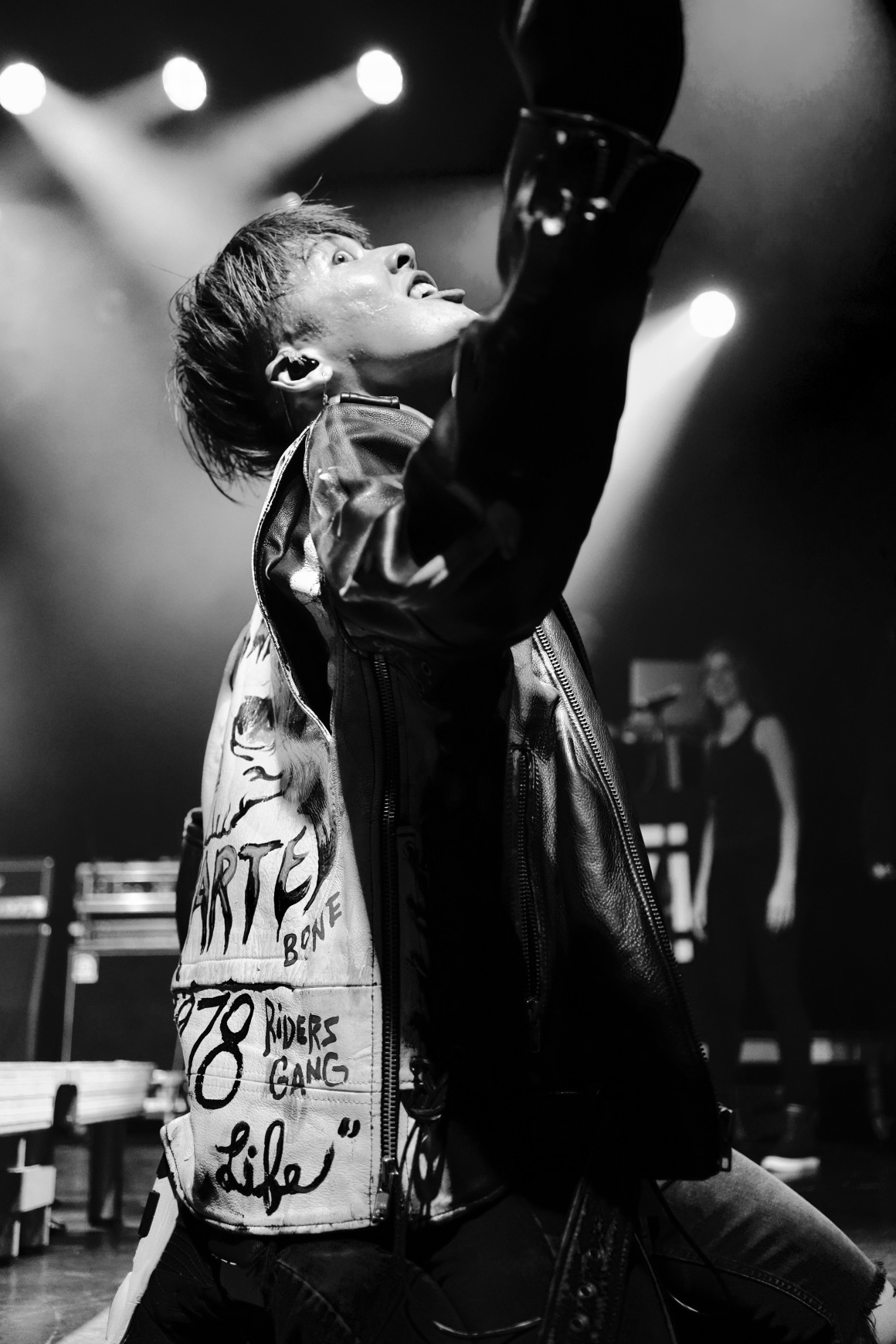 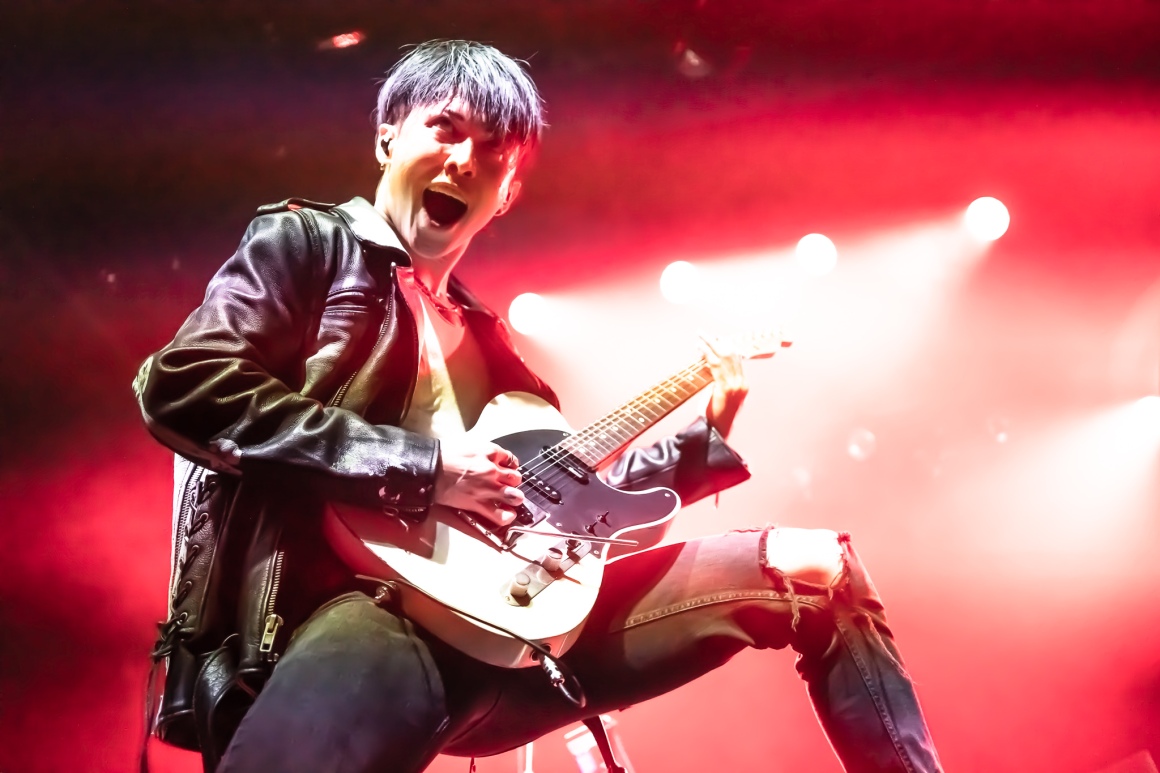 After the inspiring speech as the first note hit the ground, the whole venue immediately turned into a big wild party. People danced and laughed, celebrated and worshipped. The time pasted fast that no one was prepared for the last song to come so soon. Miyavi ended the amazingly great show with “WHAT’S MY NAME 2017” and impressed the audience again with his exceptional guitar riffs. Those slender fingers moved so fast on the guitar that it was almost magical. Following the song, Miyavi thanked the crowd multiple times and left the stage. Yet many people wouldn’t leave, still immersed in the excitement of seeing the rock star yet longing for more. But weren’t we all? 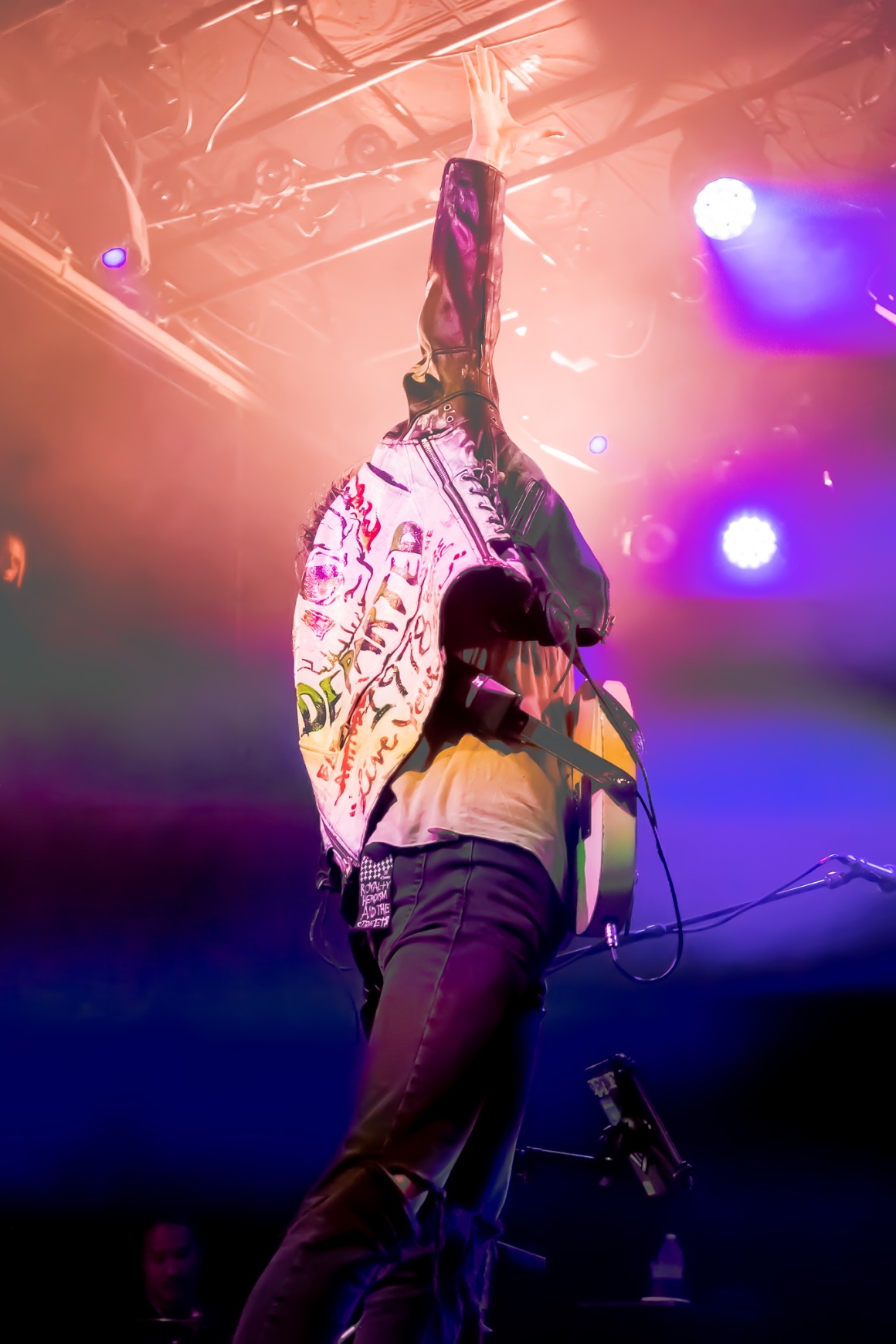 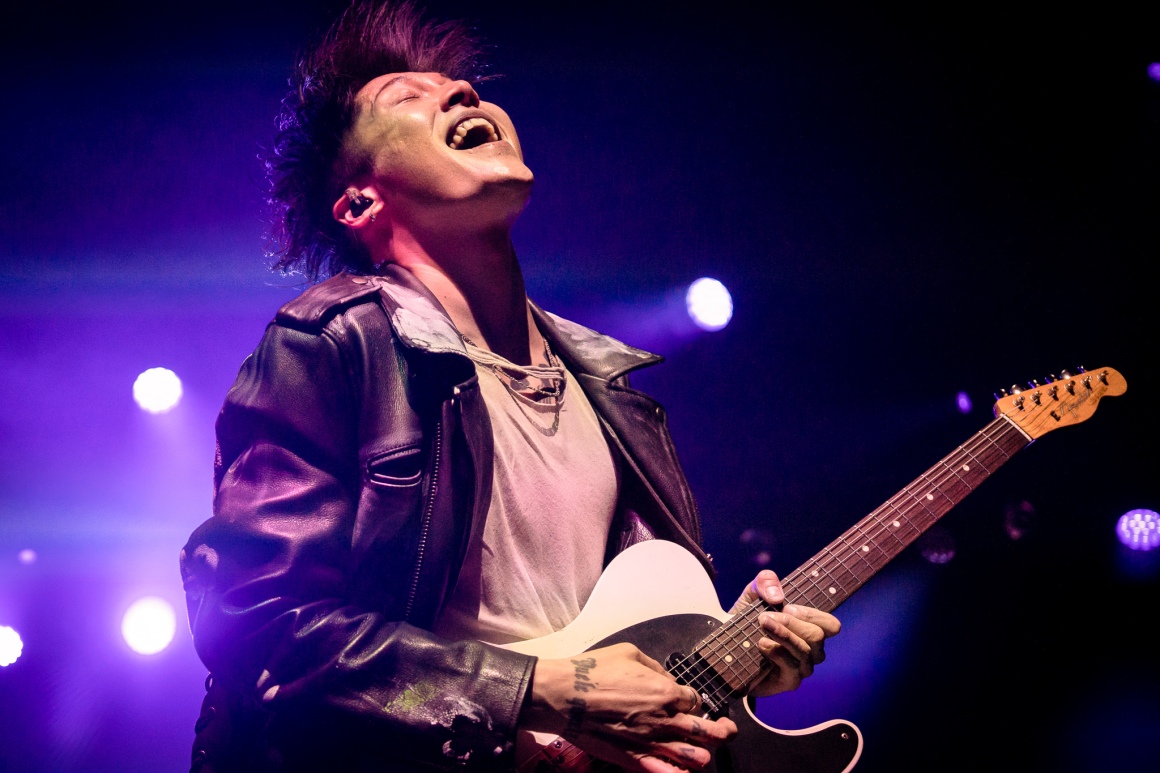 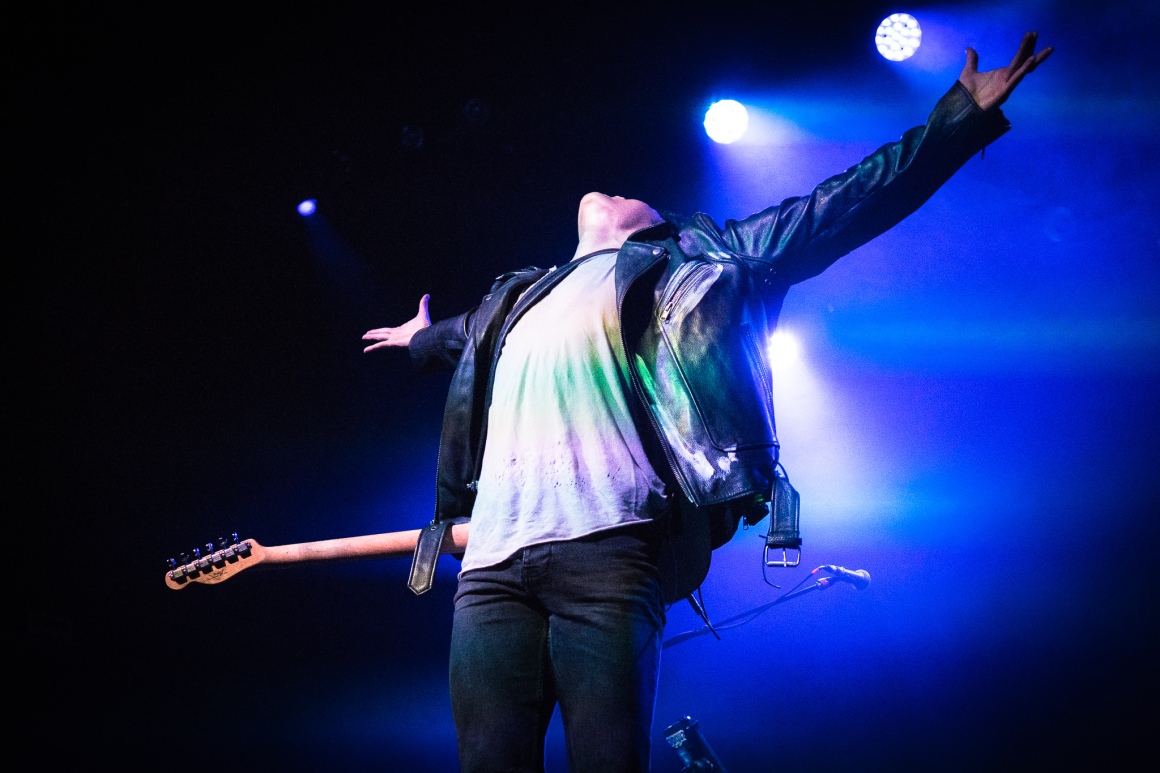