It’s about time this blog had a real, legitimate post…so here goes. Kicking off the Kawaii Kakkoii Sugoi blog is a review of a Japanese snack called “Every Burger”. 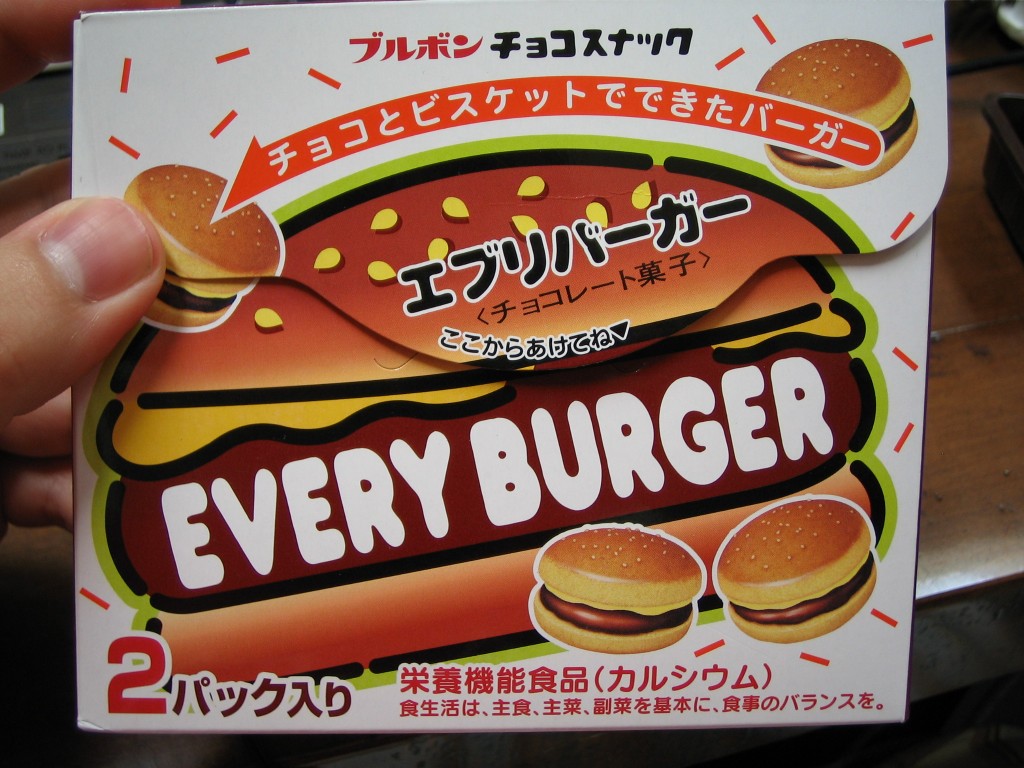 Well, judging from the box itself, this snack looks like it will be pretty tasty….I went into it assuming they’d be some kind of gummy candy or something. Once I opened the box, I found two trays individually wrapped, like Pop-Tarts.

As the picture indicates, each little burger is pretty tiny…the bun part of the cookie doesn’t have much flavor other than tasting somewhat like wheat…the chocolate in the middle is tasty though. These little burgers kind of look like Ritz sandwich crackers but with chocolate inside instead of cheese or peanut butter or whatever. 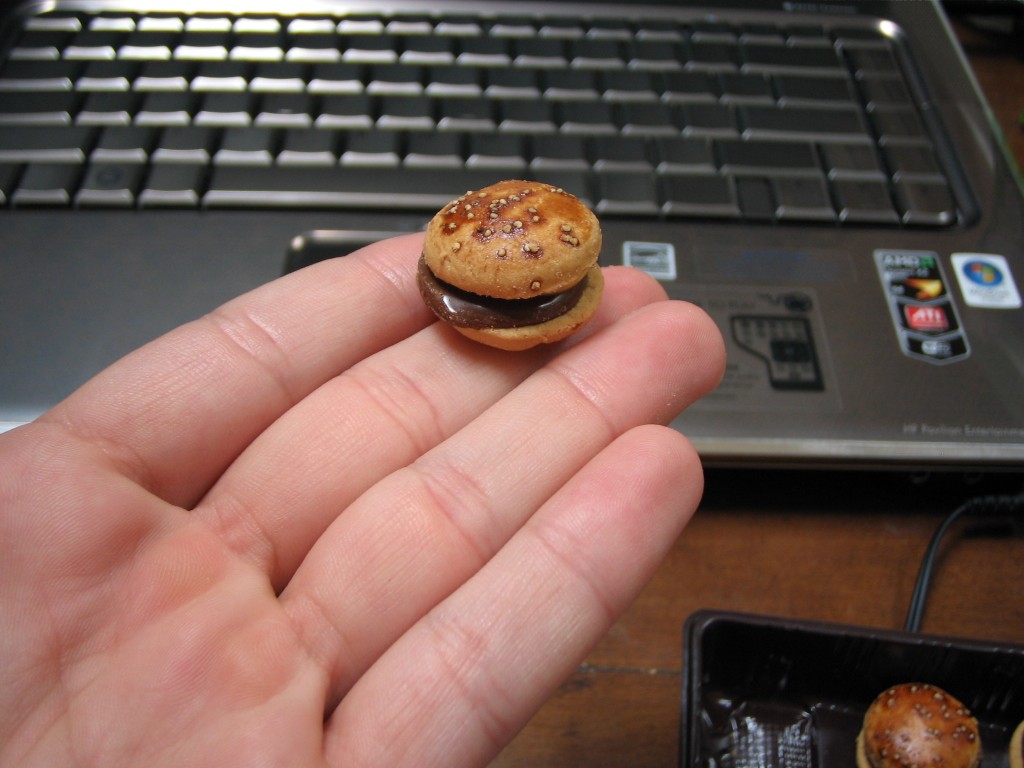 Each tray housed eight little burgers, but they went FAST. Between me and my distinguished colleagues/taste testers, almost all of these little things were gone in a flash.

One bad thing about Every Burgers: after sitting on the table in room temperature, the chocolate starts to melt quickly…that should be expected, but it made for a bit of a mess unless the snacks were eaten immediately after being opened.

Wrapping up, Every Burger was a pretty nice snack food, despite its issues. The bun wasn’t especially tasty, and the chocolate melting was too bad. Overall, Every Burger was pretty good, but it had room for improvement.

Rating: 3/5 (due to the blandness of the bun and overall ‘meh’ feeling I had upon eating some of the little burgers). Not bad, though.