Toy Robot Made Out of Fujiko F. Fujio’s Characters

Bandai created a Fujiko F. Fujio Chogokin (Superalloy) robot that features some of the most well-known characters in Japan. For those of you unfamiliar with the name, Fujiko F. Fujio is the man behind Doraemon, who is most likely the second most popular cat in Japan after Queen Hello Kitty. 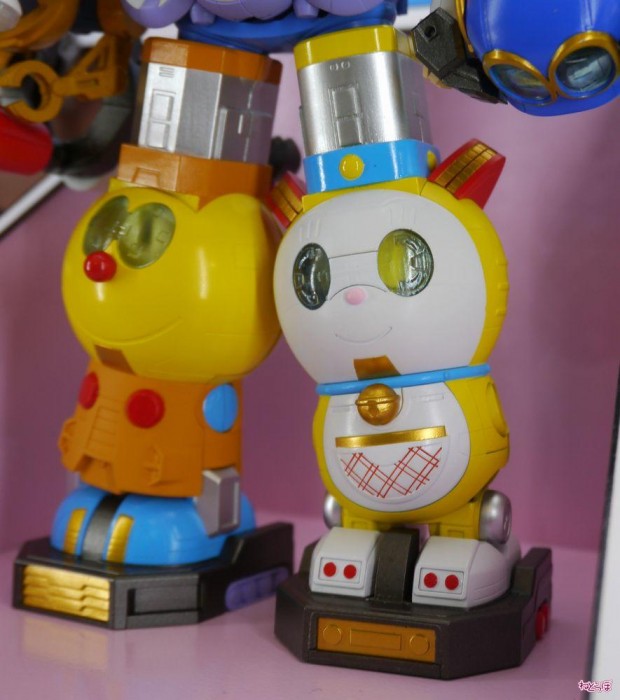 Doraemon is the torso, Gonsuke (21emon) and Perman #1 (Perman) as the right and left arms, Korosuke (Kiteretsu Daihyakka) and Dorami (Doraemon) form the right and left legs, and Chimpui makes up the waist. The Chogokin goes on sale in November and costs 14,904 yen ($146.05).