Decided to do some posts on why Japan is awesome, in no particular order.

Whenever you go on a trip, it’s part of Japanese culture to come back with gifts, especially snacks, because we love our food! Recently, a family friend of mine came over to visit LA from Tokyo and she brought over several delicious goods. One of them is Fukusaya’s Castella, which is one of my family’s favorite snacks from Japan. For those of you who don’t know, castella is a simple sponge cake made with sugar, flour, eggs, and syrup, that was brought over from Portugal in the 16th century. What’s so great about Fukusaya’s castella, besides that they’ve been baking these masterpieces since 1624, is that theirs come with coarse sugar bits on the bottom, which add a tad of crispiness and make it heavenly. They usually come in their signature yellow packaging, but our friend brought over Fukusaya’s newest design. 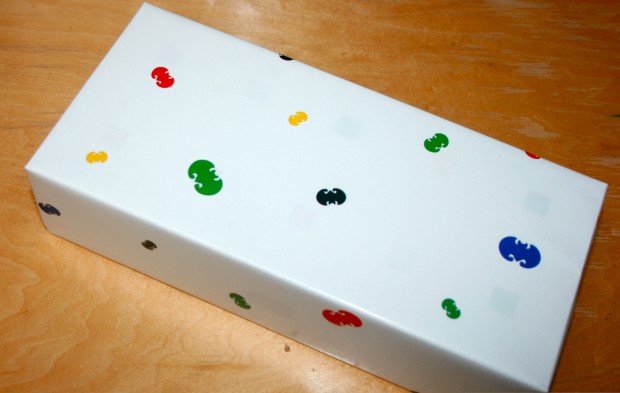 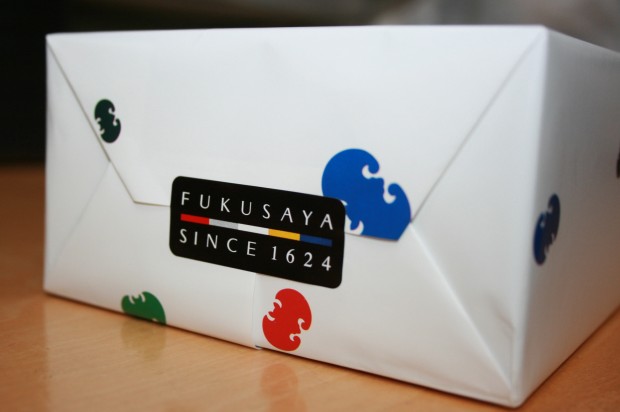 Instead of one long block, it comes in blocks for easy sharing.

These blocks have different designs on either side.

Each square comes with two pre-cut pieces, and a mini fork! Also very easy to open (which is an important point in Japan).

If you wanted to share it with more people, you can add AS MANY blocks as you want. Now, go on and tell me that’s not cool! The best thing about it all is that Fukusaya’s not the only one putting a lot of thought into their packaging; EVERY company in Japan puts that much effort, and that’s why Japan kicks ass! 🙂