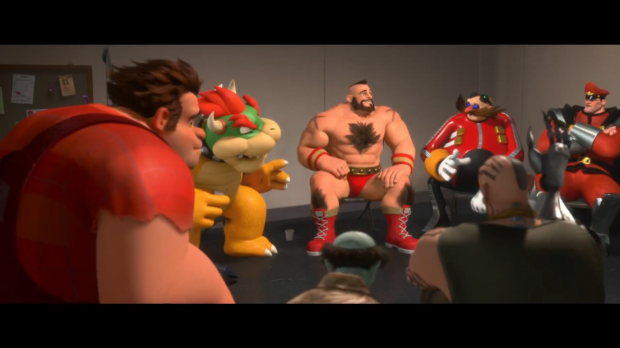 How did I miss this? Disney’s upcoming animation film, Wreck-It-Ralph, is about a villain in a video game named Ralph who wants to become a good guy. In his adventure in becoming so, he journeys through several other video games. What’s interesting about this is that we see characters from other video games such as Sonic and Dr. Eggman from Sonic the Hedgehog series, Bowser from the Super Mario Bros series, and Zangief and Chun-Li from the Street Fighters series. And I’m just naming a few. Pretty cool! Check out the trailer!