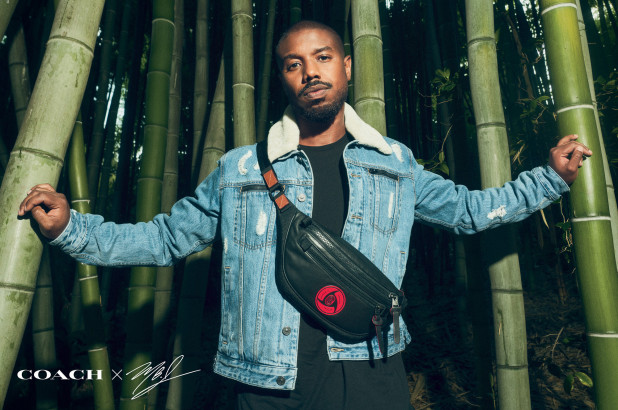 Coach announces the launch of Coach x Michael B. Jordan, the first-of-its-kind creative collaboration with actor, producer and first global face of Coach menswear, Michael B. Jordan. Inspired by his cultural influences and community, his love of Naruto, and his passion for bringing unique voices to the forefront, this unisex ready-to-wear, footwear and bag collection is Jordan’s first foray into fashion design, guided by the expertise of Coach Creative Director Stuart Vevers.

Created in partnership with VIZ Media, the collection combines Coach craftsmanship with Jordan’s affinity for functional fashion and graphic codes from the world of Naruto, a popular Japanese anime and manga. Product ranges from parkas, jean jackets and pullovers to backpacks, utility packs and hybrid sneaker boots.
It features imagery of characters from Naruto, as well as the series’ trademark “eye” motifs reimagined with Coach’s Retro C graphic. The Naruto backstory speaks closely to Jordan’s own narrative as an outlier building bridges inside and outside of the Hollywood establishment, and echoes Coach’s commitment to community and courage. 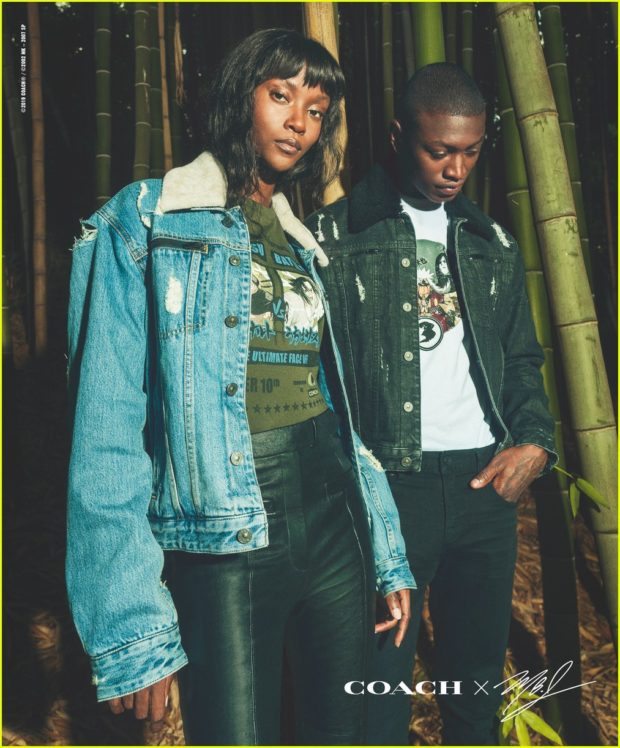 To launch the collection, Coach releases a campaign that fuses its values and craftsmanship with Jordan’s cinematic skill and Naruto’s mystic iconography. The hero film, conceived by Jordan and directed by Rachel Morrison, who collaborated with Jordan previously as the director of photography on Black Panther, takes place in a neon-drenched Tokyo street, and moves between moments of modern-day grit and magical realism, placing an emphasis on the power of connection.

“With my name on this collection, it was important to design pieces that represent my cultural influences and my community; pieces that I could see my friends, family and fans wearing with pride,” said Jordan. “As with all aspects of my work, this collection is about bringing fresh perspectives and unique voices to the forefront. Expanding into the fashion design space was rewarding beyond my expectations. I’m grateful to Stuart and Coach for providing me with the opportunity and expertise to execute a collection I’m extremely proud of.” 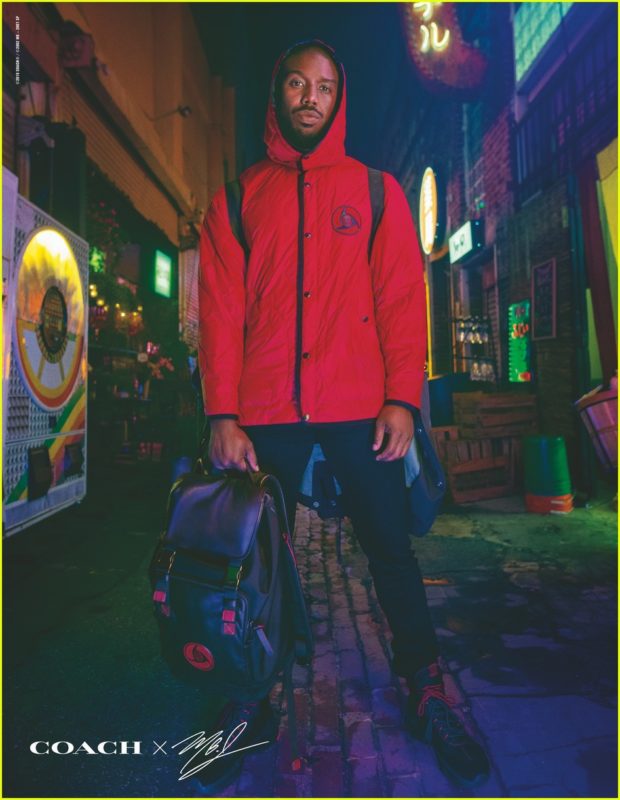 Coach will also celebrate the collection with global pop-ups in Japan, Malaysia and the United States, a dedicated Coach experience in the VIZ Media booth at New York Comic Con on October 3-6, and a range of limited-edition T-shirts.

The Coach x Michael B. Jordan collection is now available online at Coach.com and in stores.

ABOUT COACH
Coach is a global design house of modern luxury leather goods, apparel, footwear, fragrance, eyewear and a full range of lifestyle accessories.  Founded in 1941, Coach has a longstanding reputation built on quality craftsmanship and is defined by its confident New York style.  The brand approaches design with a modern vision, reimagining luxury for today with an authenticity and innovation that is uniquely Coach.  Coach products are available in approximately 55 countries through its network of directly operated stores, travel retail shops and sales to wholesale customers and independent third-party distributors, as well as through coach.com.

ABOUT NARUTO
The beloved ninja action franchise made its debut in 1999 in a manga created by Masashi Kishimoto, revolutionized manga and anime, and continues to captivate millions of fans internationally. The Coach x Michael B. Jordan collection is an integral part of the year-long NARUTO 20th Anniversary celebration. The NARUTO brand family includes the original manga series (published by VIZ Media in English), together with the NARUTO and NARUTO SHIPPUDEN anime series and feature films, as well as the latest manga & anime sequel, BORUTO: NARUTO NEXT GENERATIONS. In the NARUTO manga and NARUTO SHIPPUDEN animated series, Naruto Uzumaki wants to be the best ninja in the land. He’s done well so far, but Naruto knows he must train harder than ever and leaves his village for intense exercises that will push him to his limits.
Additional information on NARUTO and NARUTO SHIPPUDEN in North America is available at viz.com/naruto.

ABOUT VIZ MEDIA, LLC
Established in 1986, VIZ Media is the premier company in the fields of publishing, animation distribution, and global entertainment licensing. Along with its popular SHONEN JUMP brand and blockbuster properties like NARUTO, DRAGON BALL, SAILOR MOON, and POKÉMON, VIZ Media offers an extensive library of titles and original content in a wide variety of book and video formats, as well as through official licensed merchandise. Owned by three of Japan’s largest publishing and entertainment companies, Shogakukan Inc., Shueisha Inc., and Shogakukan-Shueisha Productions, Co., Ltd., VIZ Media is dedicated to bringing the best titles for English-speaking audiences worldwide.

Learn more about VIZ Media and its properties at viz.com.