​Studio Chizu is proud to announce, f​rom Academy Award-nominated director Mamoru Hosoda (​MIRAI, The Boy and the Beast, Wolf Children, Summer Wars, and The Girl Who Leapt Through Time​), ​the​ long-awaited feature film BELLE (JP title: Ryu to Sobakasu no Hime) coming to theaters in Japan next Summer.

Studio Chizu is proud to present Director Mamoru Hosoda's upcoming film, #BELLE coming to theaters in Japan in the Summer of 2021.

Now, he has taken on the challenge of depicting the ever-evolving online world by placing the story in the world of “U,” a massive online network with over 5 billion registered users. Like in his past work such as Digimon: The Movie “Digimon Adventure: Children’s War Game!” (2000) and Summer Wars, Director Hosoda uses the digital world as a backdrop to delve into themes of modern society, basing the story on his more recent insights.

Coming of age, family ties, love between parents and children, friendship that transcends species, the links between our lives.

Of the various themes, Mamoru Hosoda’s recurring concept is “People in difficult situations bravely pushing themselves forward and striving for a better future.” In 2020, people all over the world have faced a crisis like never before, but the year is finally coming to an end. Director Hosoda will spin a tale of hope and courage that will be an inspiration for everyone around the world in 2021, which also marks Studio Chizu’s 10th year anniversary. 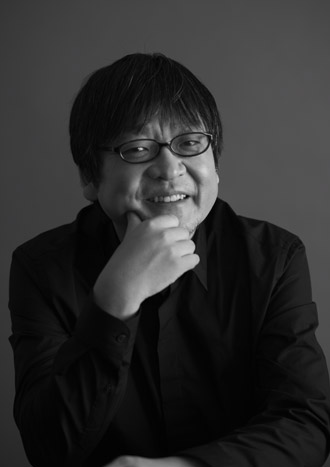 About the Director, Mamoru Hosoda

Born in 1967. From Toyama Prefecture. In 1991, he joined Toei Doga (Now Toei Animation) where he was an animator before becoming a director. In 1999, he directed his first film for theater release, Digimon: The Movie “Digimon Adventure: Children’s War Game!” (2000). He thereafter turned freelance and directed The Girl Who Leapt Through Time (2006) and Summer Wars (2009), garnering attention both domestic and abroad.

In 2011, he co-established animation studio Studio Chizu with producer Yuichiro Saito. Hosoda went on to direct Wolf Children (2012) and The Boy and the Beast (2015) for which he also wrote the screenplay and the stories they were based on. His latest, Mirai (director, screenwriter, author of original story) was screened during the Directors’ Fortnight of the 71st Cannes Film Festival, and in the U.S., it was nominated for Best Animated Feature Film at the 91st Academy Awards and Best Motion Picture-Animated at the 76th Golden Globes and won Best Animated Feature-Independent at the 46th Annie Awards.

Studio Chizu is Director Mamoru Hosoda’s headquarters that was established during the production of Wolf Children. Director Hosoda gave the studio its name, Chizu (“map” in Japanese). The main characters in Hosoda’s films possess a vitality and life force for choosing and cultivating a future of one’s own free will.