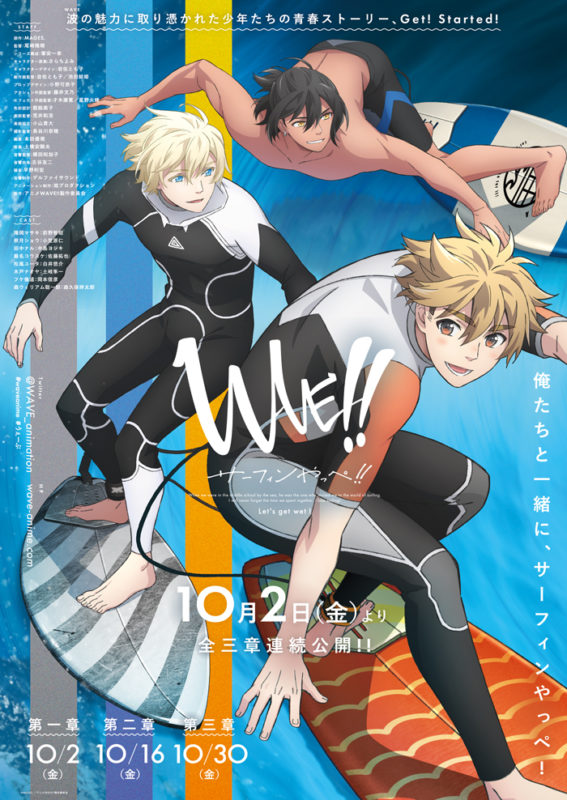 Surfer boy series WAVE!! is to get a theatrical anime adaptation in October 2020.

WAVE!! was created by MAGES. (LOVE&ART), the same company that brought series like B-project and Hi!Superb, back in 2018. They have released different forms of media such as music, manga, and radio shows since its creation. Fans of the series have been long-waiting and anticipating an animated adaptation.

The series stars many well-known seiyuus such as Tomoaki Maeno, Yusuke Shirai, Takuya Sato, and even Showtaro Morikubo.

The initial announcement of the film was made back in May, but it was announced on July 11th along with the key visual for the anime and the release dates.

The film, divided into three parts will be released on October 2, October 16, and October 30th at specified theaters around Japan. There is not yet any word about the availability of the film to overseas fans. 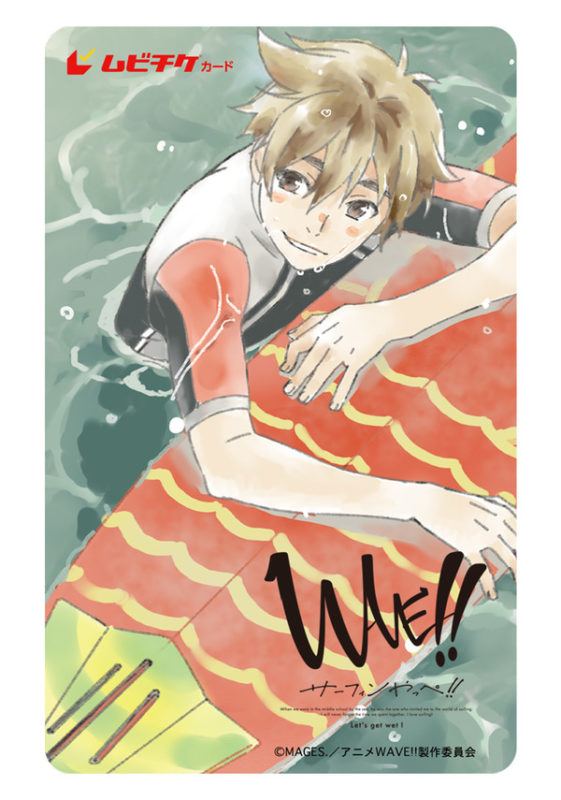