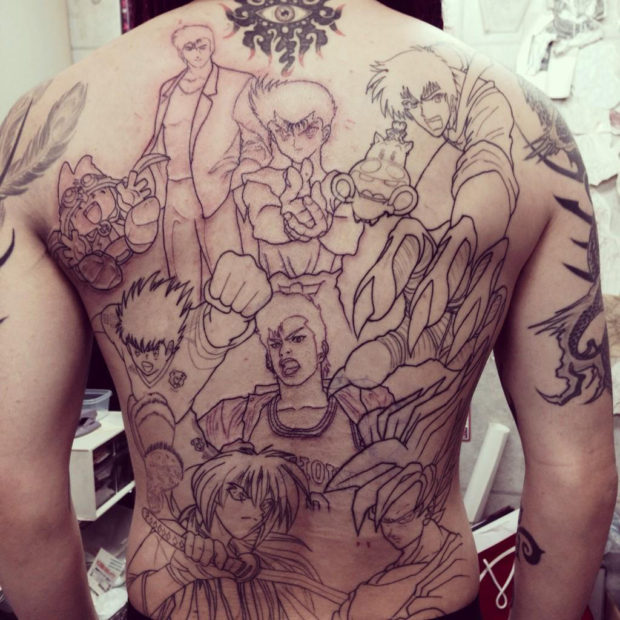 Living in a country that condemns tattoos, Matsubai, bassist of rock band SoundWitch, has made a pretty ballsy move. He covered his entire back with characters from mangas published in Weekly Shonen Jump! Characters include City Hunter’s Ryo, Taluluto from Magical Taluluto, YuYu Hakusho’s Yusuke Urameshi, Hell Teacher Nube’s Meisuke Nueno, Midori no Makibao’s Makibao, and more! He says his back piece isn’t complete yet. He’s going to have it colored in soon. 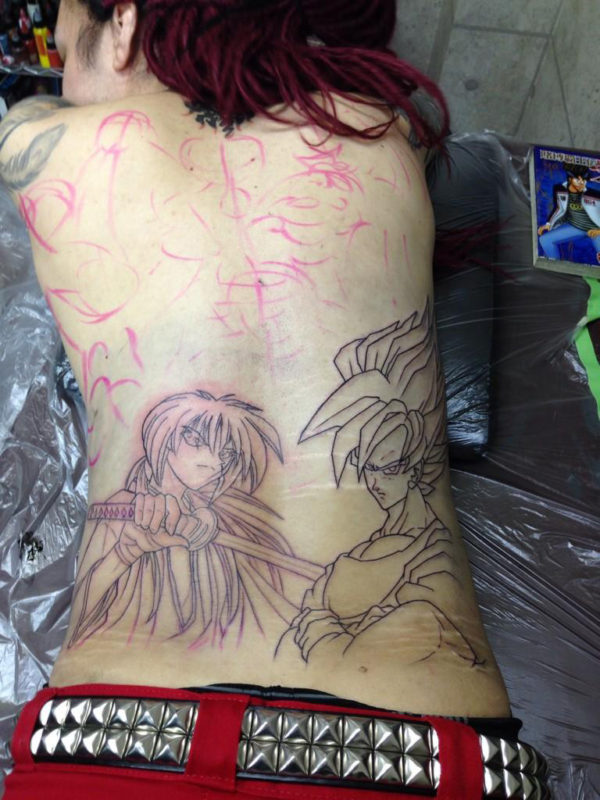 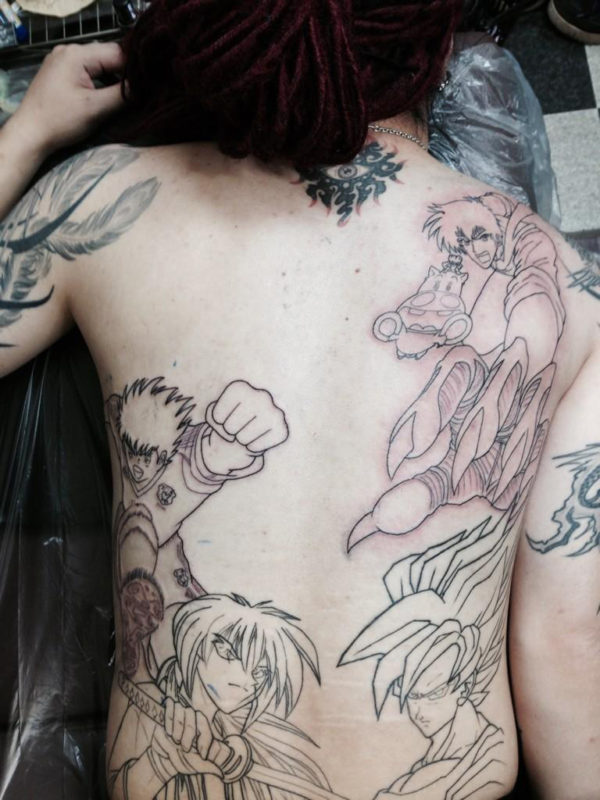 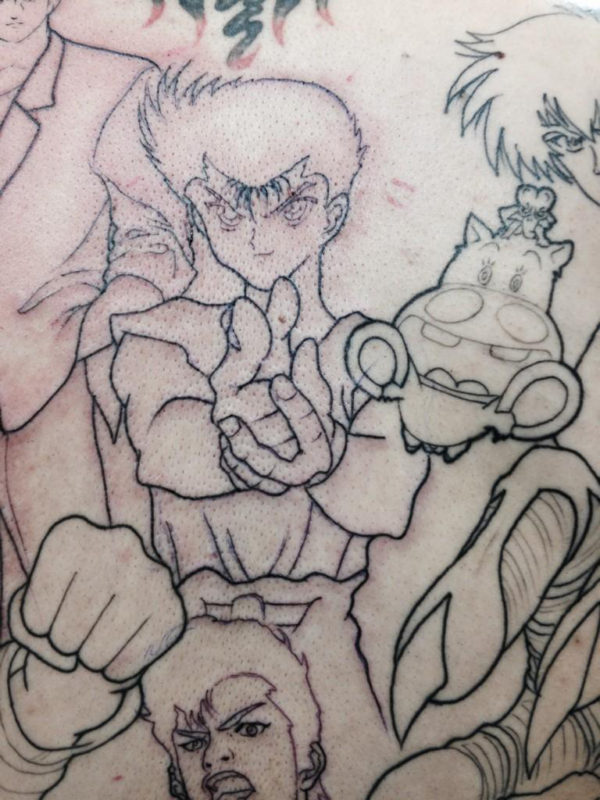 That’s got to hurt!