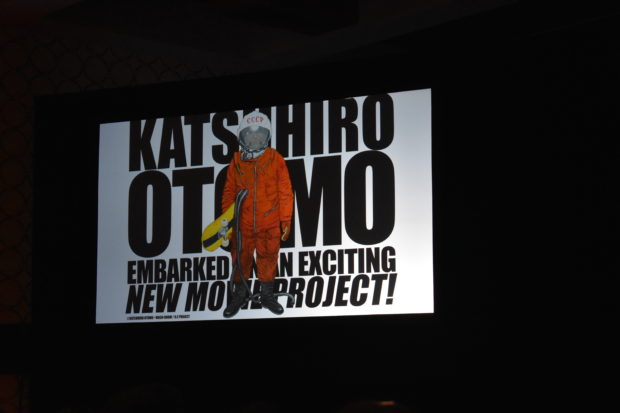 On the 4th of July, the panel, hosted by voice actor Ezra Weisz, elaborated on upcoming projects with which legendary mangaka turned film director Katsuhiro Otomo is involved, along with Sunrise associated individuals: Yasuma Tsuchiya, anime-producer; Makoto Asunuma, president and CEO of Sunrise; Shohei Yoshida, editorial director, fourth division deputy director of Kodansha; Motoki Mukaichi, film producer, his name funnily mispronounced by Ezra Weisz. Mukaichi expressed enthusiasm to the audience. “I’m happy to be [at Anime Expo], to be in front of all of you, a fantastic crowd. I’m really excited so let’s have fun.” Last, and certainly not least, the person for whom everyone has been waiting to see. “We all can’t start the program without him,” Weisz said, “after so many years, it’s an honor to finally have him back here at Anime Expo. A living legend of anime and manga…” Katsuhiro Otomo came out to the stage, met with massive applause and cheers. 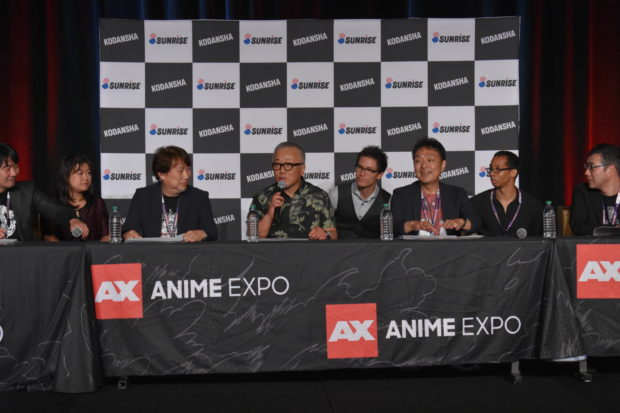 “It’s been a while since I’ve been to Anime Expo and Los Angeles,” said Otomo, “and I was worried about the weather, but thankfully it turned out to be great and I am excited to be here.”

Thus, the first question of the day was addressed to Asunuma of what he has to share with the audience tonight. Asunuma wasted no time presenting a teaser to Otomo’s third feature film: Orbital Era. Otomo elaborated that it is a sci-fi movie set in space, with a coming-of-age theme, comedic elements, and taking place in the course of four seasons.

Tsuchiya clarified that production on Orbital Era barely started, assuring everyone that they are working on it as fast as they can and presenting a concept art by Otomo himself to give an idea what the film’s work is like. “He’s drawing a lot of images right now,” Tsuchiya said, “[Otomo] has a specific set of style and design.” 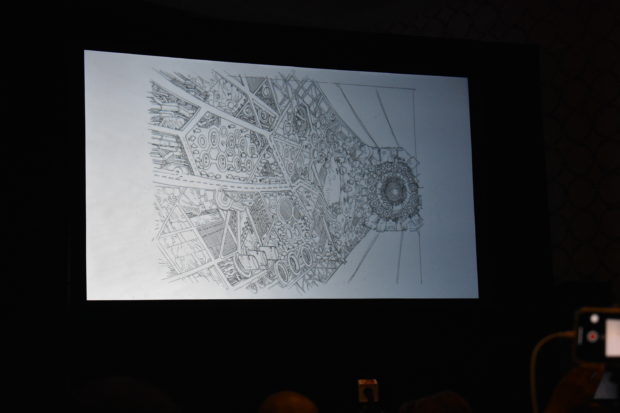 Although not much could be said about this image, this design is of the main character. 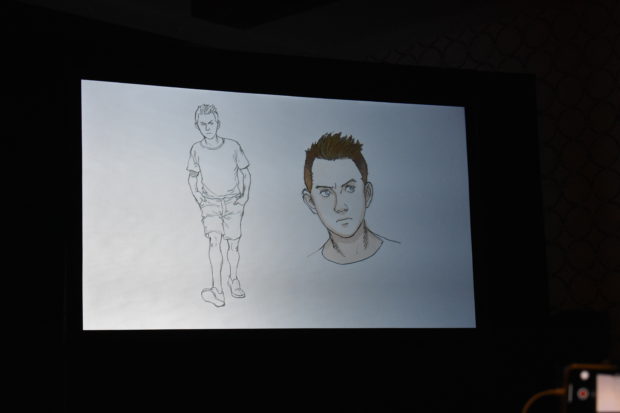 Otomo emphasized that he might brush up on the character’s design, so one should expect a difference in the final product. Mukaichi added that the audience were the first ones to lay their eyes on the concept art and to hear news of Otomo’s new project, thus, getting the hype train rolling. Below this article, a link to Orbital Era’s official website and Twitter account will be provided.

Ordinarily, news about Orbital Era would have been the end of the panel, but there was more as Yoshida unveiled: “The Complete Works Project,” a compendium published by Kodansha of all works by Otomo himself, dating all the way back to 1971. Yoshida reminded the audience that not only is Otomo a film director but an excellent mangaka. 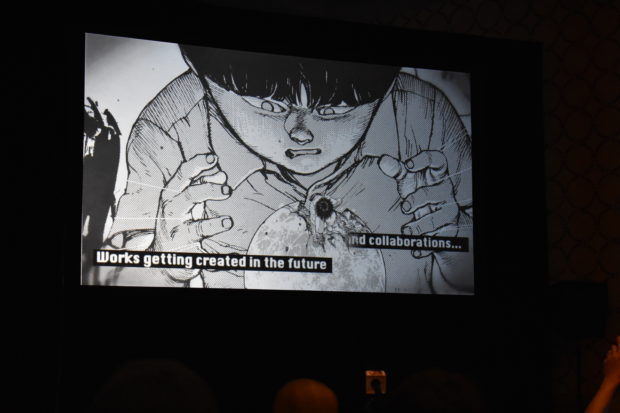 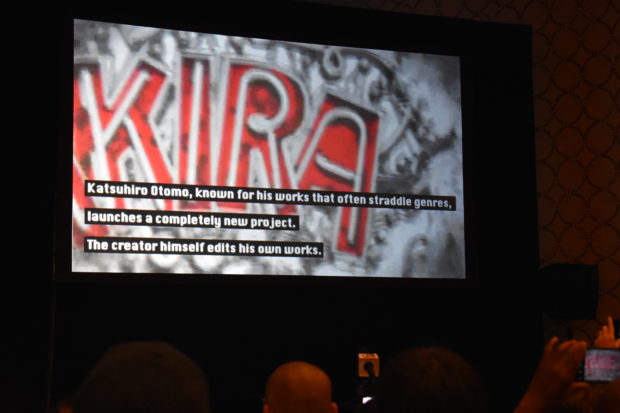 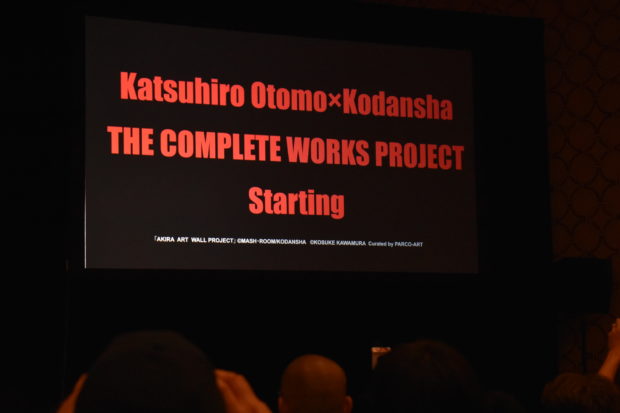 When asked about his feelings about the upcoming compendium, Otomo acknowledged that because he had not seen his early works in such a long time, he is “ready to relive the embarrassment,” much to the audience’s amusement. “But I believe this will be a testament that if you continue [honing your craft], you will get better,” Otomo said in an encouraging tone. So definitely look forward to it.

Thus now comes the final announcement, a very big announcement. Hollow drums echo through the stereos, the screen is black, and a name pops up: 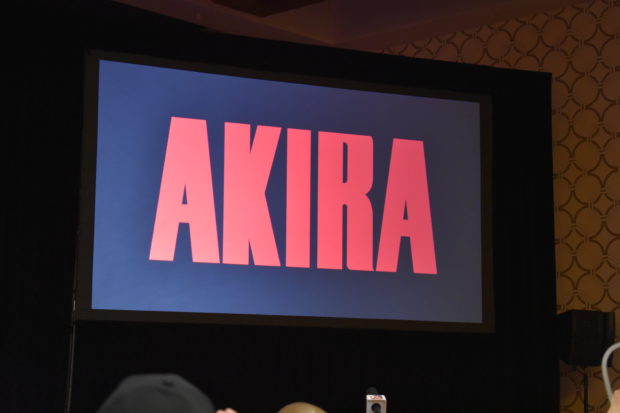 Yes, Akira, regarded as Otomo’s masterpiece, is coming back. Whether it is a movie or a series is still up in the air, but Asunuma clarified that is not a sequel. “Because Akira has 6 full volumes, we wanted to [develop] the story a little bit more.” In my opinion, this is welcoming, because even though Otomo’s 1988 Akira is a technical masterpiece, so many plot elements got ignored and glossed over. But with this upcoming new version, there is more room for the narrative to breathe. Otomo himself shared that he was just as surprised as the audience with the Akira teaser. Moving forward, as Asunuma said, copious decisions have yet to be decided with Otomo involved as the consultant. To conclude the panel, a trailer for the 4K remaster of Akira was presented, with a potential release in Spring of 2020 in Japan. 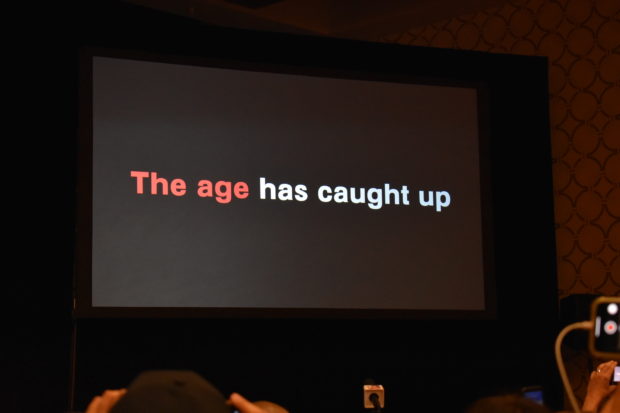 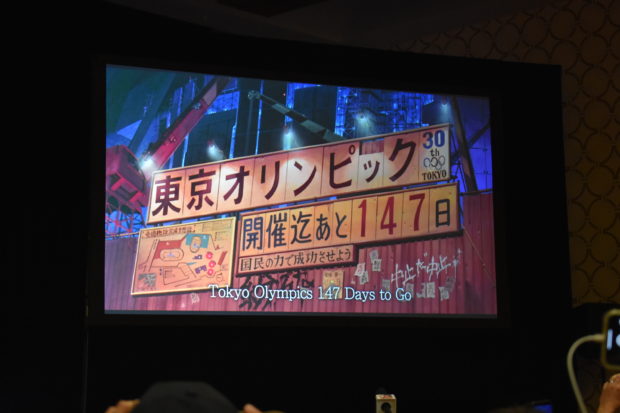 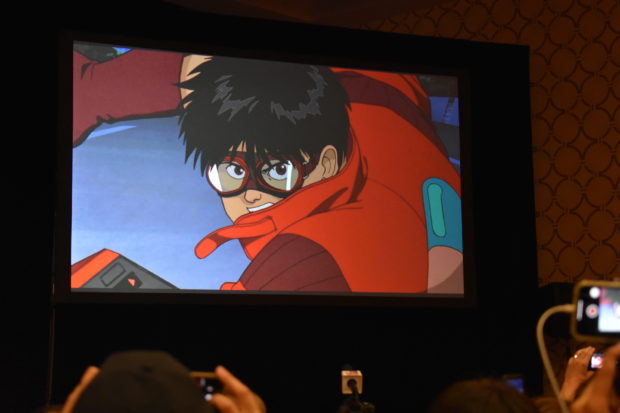 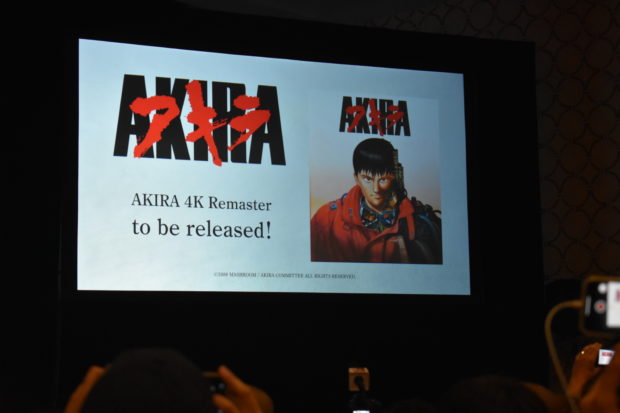 Press and industry individuals got to stay and take photos. Check them out!: 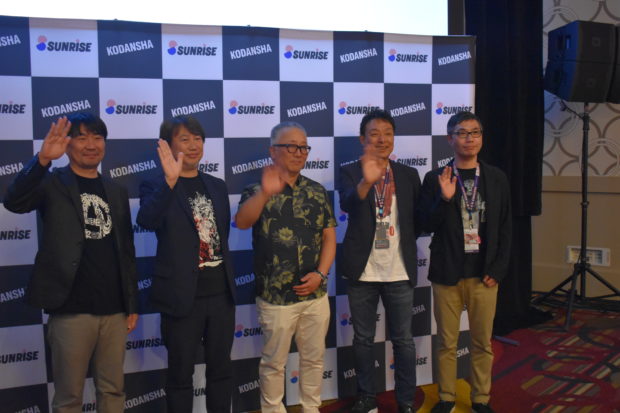