Osomatsu San Is Back! Season 3 Announced for This Fall 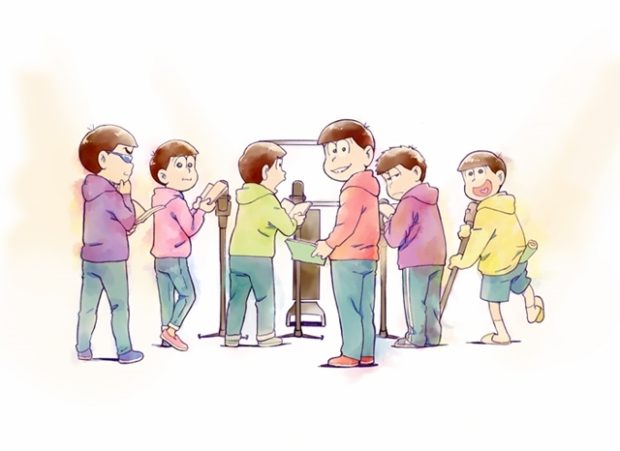 Osomatsu San (Mr. Osomatsu) Season 3 has been announced to begin this October, 2020 on TV Tokyo!

A teaser trailer for the new season was also revealed featuring the sextuplets’ voice actors including Takahiro Sakurai as Osomatsu, Yuichi Nakamura as Karamatsu, Hiroshi Kamiya as Choromatsu, Jun Fukuyama as Ichimatsu, Daisuke Ono as Jyushimatsu, and Miyu Irino as Todomatsu. They talk about their “true feelings” about Osomatsu San in the trailer.

The TV anime Osomatsu San is based on Fujio Akatsuka‘s classic comedy manga Osomatsu Kun, and the story is about the main sextuplets characters who have become NEET adults.

The first season was aired on TV Tokyo in October 2015 and caused a social phenomenon in Japan. They also got the second season in October 2017 and a movie, Mr. Osomatsu the Movie in March 2019.

Starting season 3, Eiji Abiko will be in charge of character design. He designed characters of Last Hope, and he has been involved with the series from the first season as well. The director Yoichi Fujita returns to direct the season 3, and Shu Matsubara handles the series composition.