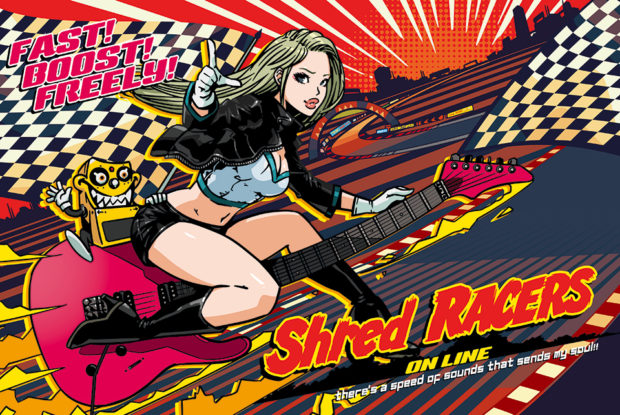 YOUNG GUITAR brings you omnibus live show streaming, Shred RACERS featuring Japanese technical guitarists with outstanding skills! Guests include a “Driving Rock” instrumental band, D_Drive, a cyborg guitarist who’s traveled from the year 2300, Ediee Ironbunny from IRONBUNNY, and YUI from a heavy metal girl’s band, CYNTIA who’s well known for singing themed songs for Saint Seiya Omega, Yona of the Down, and Mischievous Kiss. Expect to see original songs by each artist, covers of hit guitar songs, and sessions. Get your fill of guitar music with these special live performances, all from the comfort of your home! 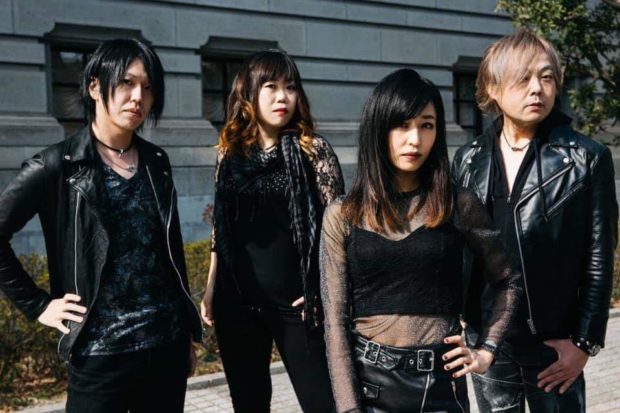 D_Drive
D_Drive started out with guitarist Seiji (who also initiated the band), guitarist Yuki, bassist Shimataro, and drummer Chiiko. On April 1, 2018, Toshiyuki was welcomed into the group as the new bassist. D_Drive aims to share the enjoyment and wonder of musical instruments not through words or lyrics, but through sheer sound.
Each of the four members play actively as the lead, while also fulfilling each of their individual roles as a band. They take pride in the ensemble that has come about from having set members.
They call their musical genre “driving rock,” and starting performing live in the Kansai region since January 2009. Now they have expanded their activities to the rest of Japan, doing about 80 live shows and seminars each year.

Message
With the ongoing COVID-19 pandemic, it has been difficult to do ordinary live shows. We’re so glad that YOUNG GUITAR reached out to us to perform for this event. Thank you! We had been doing a lot of live shows before all this chaos, but now we have fewer chances to perform. We’ll be performing through the screen this time, but we’ll do our best to convey our passion to those watching at home, as well as our gratitude for being able to perform. We also look forward to collaborating with the other performing artists! In the future, we’ll once again get together and perform for hoards of fans at a real venue! To everyone around the world—enjoy D_Drive’s music from your screen! 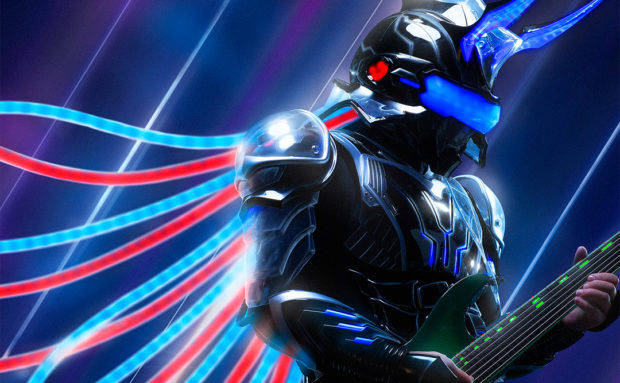 Ediee Ironbunny (IRONBUNNY)
Ediee Ironbunny is a cyborg guitarist who’s traveled from the year 2300. Rock and distortion has disappeared from the world in his time, so he has traveled back to the past to restore the glory of rock and change history.
His cyborg body was altered to withstand the pressure of time traveling; He only retains the parts of his human body that connect with musical instruments, like his fingertips.
Ediee appeared in our era in November 2018 and appeared in NAMMShow2019 in January 2019 in California where he got his name out. In March the same year, he invited three female vocals to form the rock unit IRONBUNNY. They later released the mini album Iron Hummer Alternative which featured 80s-style classic hard rock accented with updated phrasing. The overall sound has both nostalgic and contemporary elements. Ediee is a purist and believes that you can’t have rock music without long guitar solos and picking harmonics.

Message
I’m so grateful that YOUNG GUITAR has reached out to me like this. Not being able to perform live had been making me restless, so I’m happy to have gotten this opportunity. I plan to rock it out on stage! I’m all set to perform my signature original numbers as well as have some unexpected cover songs. I plan to deliver some hot distortion sounds alongside the other Japanese technical guitarists, just like a regular live show, so get pumped up as you tune in from your computer or smartphone! Get ready for the show and make sure you’ve taken measures against infection. It’s a tough time, but let’s all get together and rock n’ roll it out! 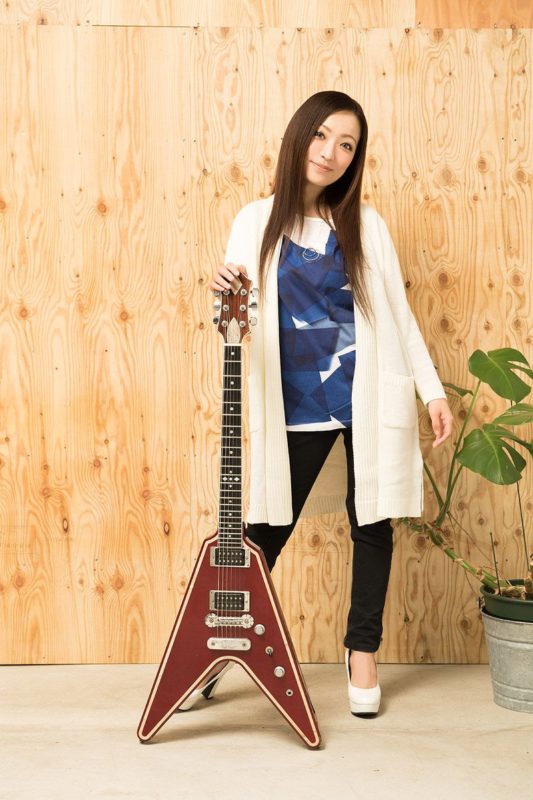 YUI (CYNTIA)
After working in various supporting roles and bands, YUI debuted with the single “Run to the Future” with CYNTIA under Bright Star Records in 2012.
She played in the back band for Korean group KARA’s Tokyo Dome performance in 2013, and made her major debut with Victor Entertainment the same year. As the band’s main songwriter, she has composed “Senkou Strings,” the main theme song for animation Saint Seiya Omega in 2014 and “KISS KISS KISS,” the main theme song for TV series Mischievous Kiss: Love in Tokyo in 2015.
In 2016, YUI changed labels from Victor Entertainment to Village Again Association.
The following year, she was diagnosed with focal dystonia, a neurological condition, on her right arm. After discussions with the other members and staff, it was announced that the band would be inactive for an indefinite period of time. Although YUI is not fully cured yet, she has been undergoing long-term medical treatment and has started taking on supporting roles and performing solo live shows as much as her health permits.
She composed “x raison d’être,” the 5th single on Kemono Friends unit X Japari-Dan’s debut album X・X・X, released on 8 July 2020.
She has been engaging in a wide range of activities, such as acting as a consultant for the comic Girls Playing Guitar on Sunny Days (Hareta Hi ni Shojo ha Guitar wo), serialized in April 2020.
She has also taught introductory educational DVDs on guitar chord theory, pentatonic scale, and blues-rock guitar.

Message
Hello everyone, this is YUI! ☆I’m honored to join the first edition of Shred RACERS. I was in a band called CYNTIA, but I had suspended my activities in 2018 since I was diagnosed with a neurological disorder called “focal dystonia” on my right arm a few years ago. Now, I’m trying to re-start my activities as an artist little by little, as much as my health permits. Since there has been a long gap since I last performed, I’m both excited and nervous. I’d be so happy if I can get your warm encouragement. The ongoing COVID-19 pandemic has been tough on everyone, so I hope you all enjoy this live stream. Once this is all over, please do visit music venues again.Thanks for your support! ☆