The world-renowned designer, Kenzo Takada passed away due to Covid-19... 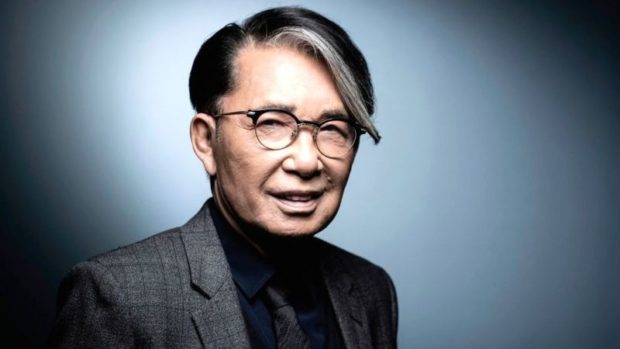 The world-renowned designer, Kenzo Takada passed away on October 4th, 2020 due to Covid-19 related complications at the age of 81 at the American Hospital, in Neuilly-sur-Seine, France,” the statement read.  He had been sick for a few weeks.

His death came in the midst of Paris Fashion Week, which, through a hybrid of physical and digital shows, has forged ahead despite rising Covid-19 cases in France.

Known for his beaming smile and mischievous sense of fun — one of his more famous sayings was “fashion is like eating, you shouldn’t stick with the same menu” — He also said in New York Times interview in 1972 that  “Fashion is not for the few — it is for all the people; it should not be too serious.” He was never arrogant and he was very friendly always with his attractive smile.

Kenzo Takada was generally referred to only as KENZO. Though he initially planned to stay in Paris only six months, he ended up living there for 56 years and shook up the established French fashion world after arriving from Japan in 1964. His work opened doors not only for the highly influential Japanese designers who came after him, such as Yohji Yamamoto and Rei Kawakubo, but also created a new kind of mix-and-match aesthetic that crossed borders, colors, and cultures, embraced diversity, and influenced a generation.  In 1970, Takada rocked Paris with the debut of his namesake fashion line. Sold out of his first boutique, called Jungle Jap, his designs were a chaotic mix of loud colors and mismatched prints inspired by his travels around the world.  The world’s varied cultures would be a constant source of creativity — and everything from folk dresses to kimonos would be boldly reinterpreted for his runways. “There was much more of a cultural gap when you were traveling from one country to the next,” Kenzo told CNN in a 2019 interview, reminiscing about trips taken in the 1970s. “So that really drove me and gave me a lot of influence and inspiration to work on different things around my trips.” 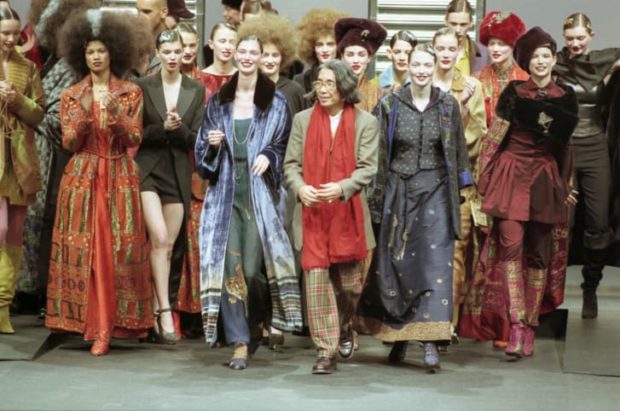 “A French way of working with fashion definitely influenced me and much later I started to blend other cultures into that specific fashion,” Kenzo said. “Of course now, fashion is everywhere; in New York, Paris, Milan, London, Tokyo, everywhere. But I think Paris stays very important.”

The designer inaugurated his flagship store in Paris’ Place des Victoires in 1976, and over the next three decades, he racked up numerous accolades and accomplishments — including a slew of magazine covers, the launch of a perfume empire, and in 1993 his brand’s purchase by luxury conglomerate LVMH, before retiring to pursue other creative projects in 1999. 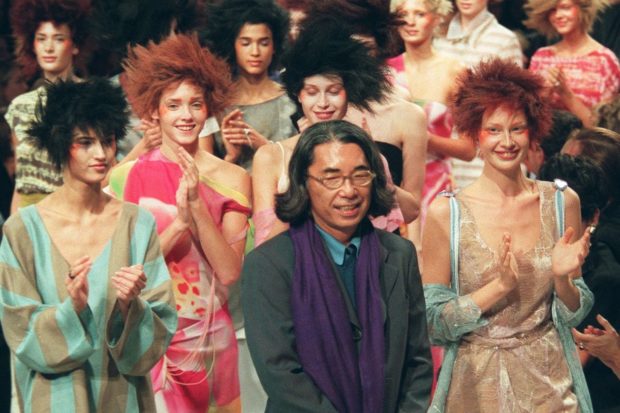 “Kenzo Takada was a very special figure in the Parisian fashion world,” said Olivier Gabet, director of the Musée des Arts Décoratifs  in the applied arts arm of the Louvre. “So many people who disliked or hated each other very often did agree on the fact they loved him.”
Jonathan Bouchet Manheim, Kenzo Takada’s partner in the lifestyle firm K3, said, “He imagined a new artistic and colorful story, combining East and West — his native Japan and his life in Paris.”

Kenzo Takada was the first fashion designer that I discovered in a fashion magazine when I was a little kid.
His colorful work burned in my memory, couldn’t stop thinking about it. It was sensational.