The first day of AX 2018 was anything but boring–it was overwhelmingly satisfying. Like the previous years, the beating of the taiko drums initiated AX’s introduction as the crowd of fans walked up the stairs, entering the Exhibit Hall. 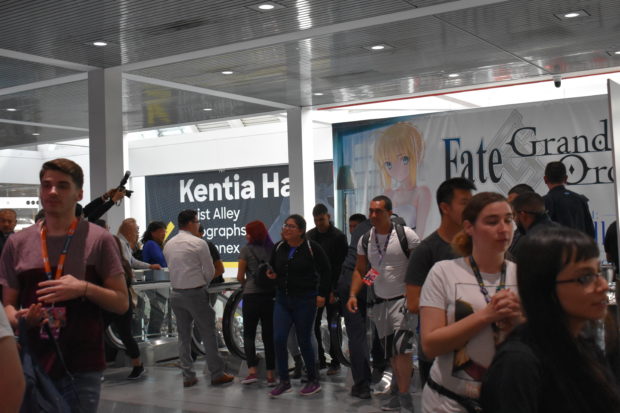 I ventured into the Exhibit Hall, the number one place of Anime Expo that fans are eager to enter. There were so many panels of famous video game companies and all were intriguing. The one that grabbed my attention was the KLab Games panel showcasing Captain Tsubasa Dream Team, a VR game where the player is the goalie and has to try to catch the soccer ball three times, the difficulty increasing as the game progresses. From what I saw, most were able to succeed at the first two levels, the third one many failed at! 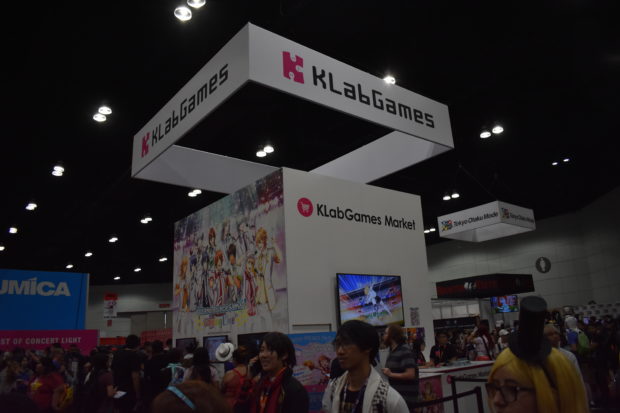 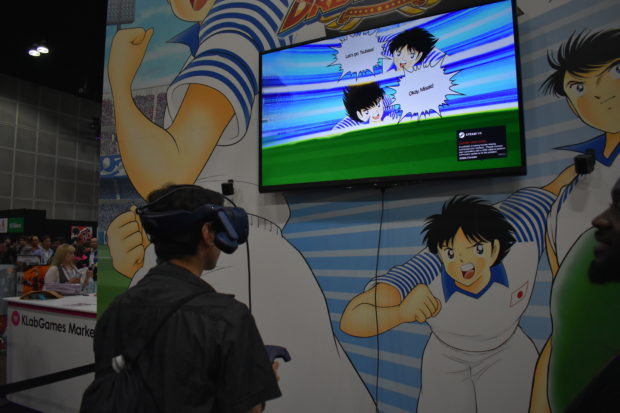 Inside there were many toys, figurines, and shirts. 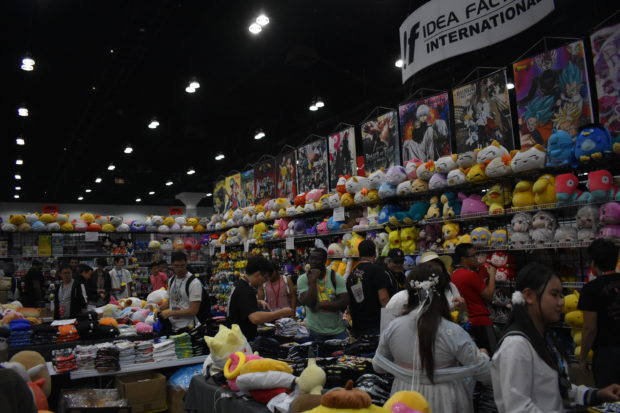 The cosplayers were very nice enough to allow me to photograph them. Cosplayers show enthusiasm and dedication to their craft, allowing themselves to be someone else other than their drab and usual self. The costumes are eye catching, grabbing the attention of the Expo attendees, awed that someone is cosplaying as his or her favorite characters. As I was going to buy lunch, there was a union of Kairi, a character from Kingdom Hearts, cosplayers posing for numerous photographers. I was so fortunate to take their photo. It is must be enjoyable for people who have similar interests in what may be considered niche to come together because of a common interest. 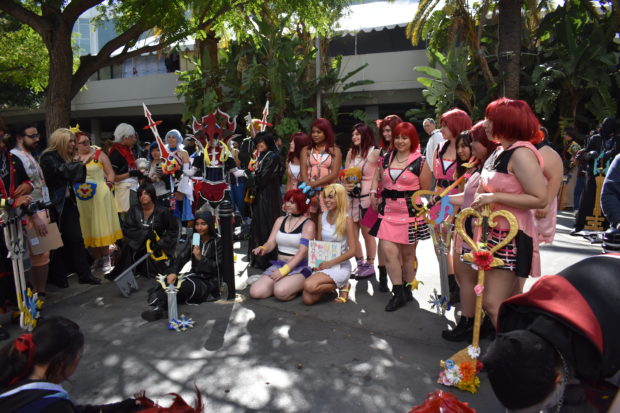 To conclude my day, I attended the Taiko Drums Demo Workshop, which deserves an exclusive coverage about it, so stay tuned for that. Below is an image to give you an idea of what I witnessed! 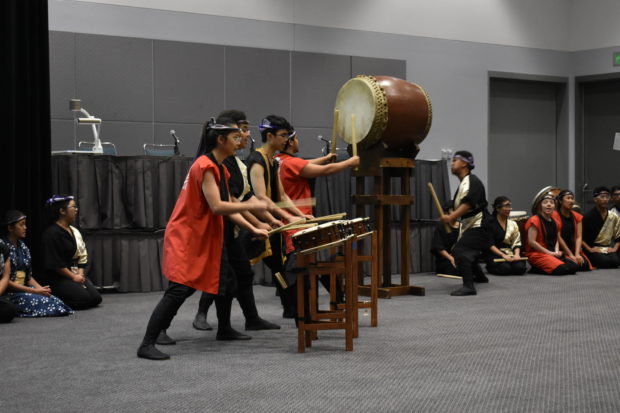 Day 1 was only just the beginning. Please make sure to come back to read more, so until tomorrow!