Performing to a near-capacity audience of enthusiastic fans, Aqours flew in to the United States in the middle of their current Japan tour to deliver their first-ever solo concert in America, titled “LOVELIVE! SUNSHINE!! Aqours World Love Live! in LA ~Beyond the Pacific~”. The two-hour concert included their popular singles from the Love Live! Sunshine anime, plus special performances by their sub-groups CYaRon!, AZALEA, and Guilty Kiss. 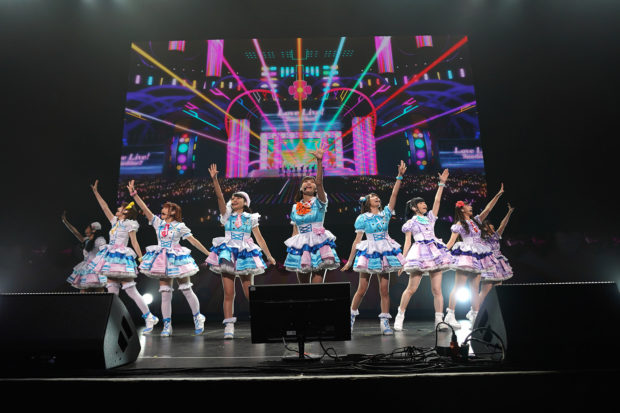 As the theater lights dimmed, the venue was illuminated by thousands of colored pen lights as fans cheered for their favorite members whose images were shown on the video screens. The nine members of Aqours appeared at the center of the stage surrounded by silver, white, and purple hearts.

From the opening number “Mirai no Bokura wa Shitteru yo”, the audience stayed on their feet for the entire performance as Aqours performed a full set of 13 songs, plus humorous MCs from the members and two special anime shorts. 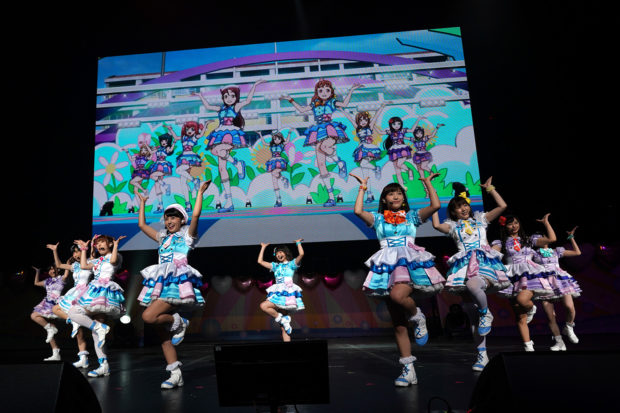 Each member took a special moment to greet the audience in English and Japanese as the audience changed their pen lights to match each character’s signature color. The grateful comments from the group were highlighted by member Nanaka Suwa’s nearly-perfect English delivery of “Hi! Long time no see! We’ve been waiting to see you guys! Let’s make today the best day!” 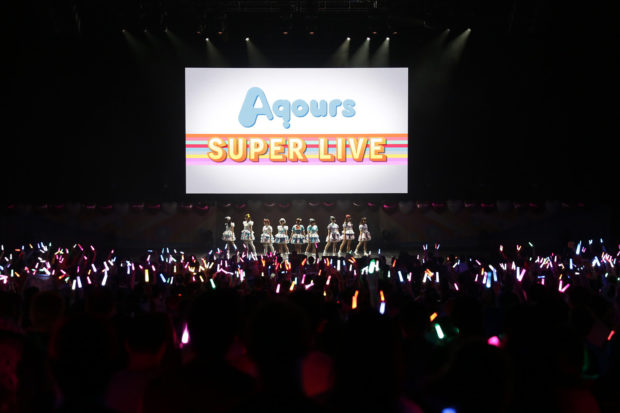 Center performer Anju Inami held back tears of gratitude at the end of the show. “Bikkuri! We’re so surprised! Thank you! Arigatou gozaimasu!” She added, “The story of Aqours will continue next year, please continue to support us!”

Aina Suzuki, who voices Mari Ohara in the anime series, gave a final comment as her character image, the official USA poster girl for the group, appeared on screen above her. “Thank you for joining us first ever one man live in America. You guys are great!” 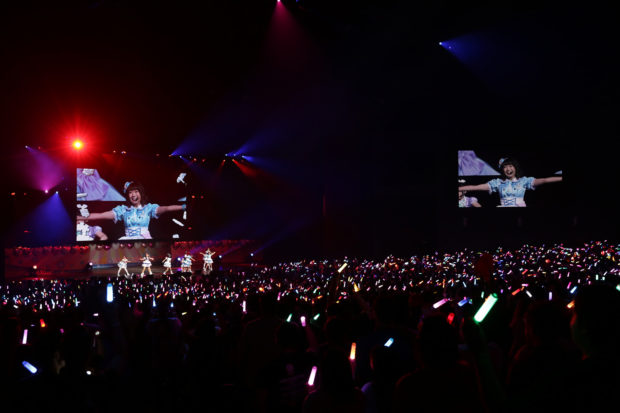 The members all donned special happi robes as Inami beat the taiko drum for the final song, “Sunshine Pikkapika Ondo”. Aqours came to the edge of each side of the stage to say “good-bye” and “thank you” to the fans who supported their July 4 celebration event. 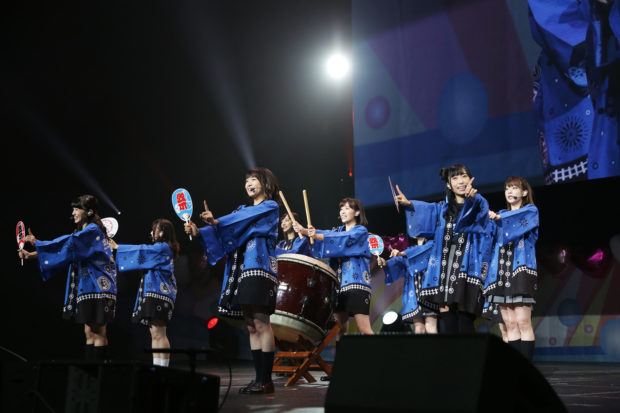