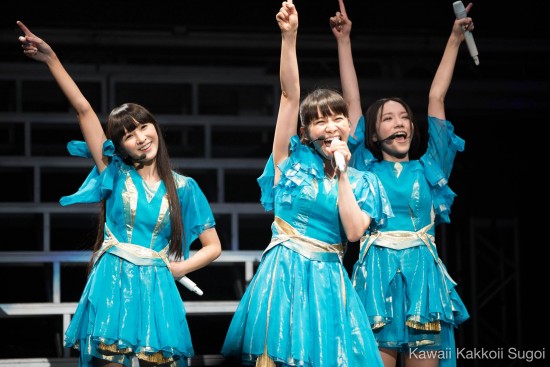 With music almost identical to what you would expect to hear in a technologically advanced world, Perfume captivated their audience on their 6th tour ‘Cosmic Explorer’ at the Wiltern Friday night August 26th. The sold out concert brought Perfume fans from as far as Brazil to as close as down the street to see the girls.

With outfits lit up by led lights, the girls descended their way down to the main stage making an unforgettable entrance and opening up with ‘Cosmic Explorer’ thus kicking off the tour. The girls brought on a stage presence that was truly captivating. With the stage having lasers and lights shooting around and high production quality, this concert by no doubt took fans on a trip into the future. 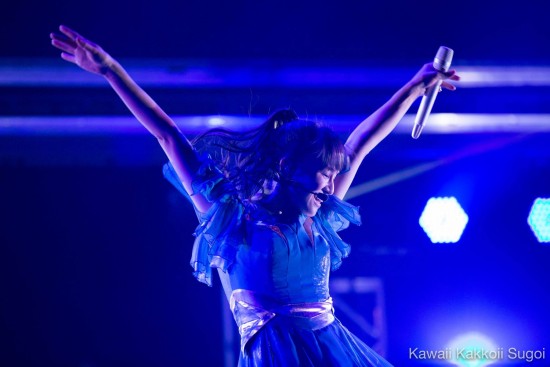 After going through an outfit change into some colorful,edgy dresses, Perfume performed another hit, ‘Pick Me Up’ from their latest album ‘Cosmic Explorer’. The crowd chanted along with power “Pick me up!” with smiles across their faces.

Next, in order, A~chan, Kashiyuka, and Nocchi all had a moment to introduce themselves to fans and had some fun interactions! From noticing fans detailed cosplays to having a fan whom was fluent in Japanese translate for them, the concert would only get more exciting from there. 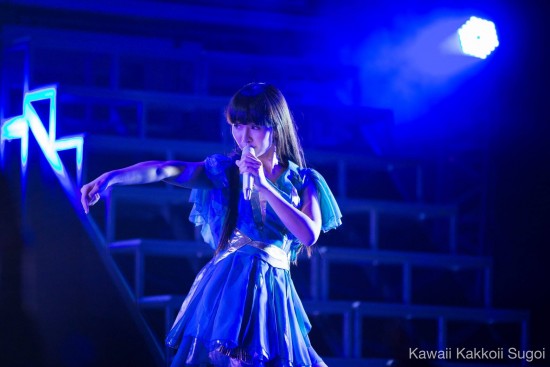 Then continuing with the performances other songs such as hit song “Spending All My Time” and the English version of “Baby Face” were performed with perfectly synchronized dance moves that had the whole crowd excitedly dancing and singing along.

The most anticipated moment of the concert, from my perspective, was Perfume’s SXSW stage “Story”. One of the most high productions stages I as an avid concert goer had ever seen in my life. From then on the songs were very hyped and fast tempo which had the audience going wild.

Later on as the concert was nearing towards the end, Perfume played some “Perfume” GO! with the fans, in which everyone participated very excitedly! During this they expressed their love for Pokemon GO! and had a great time interacting with the fans. 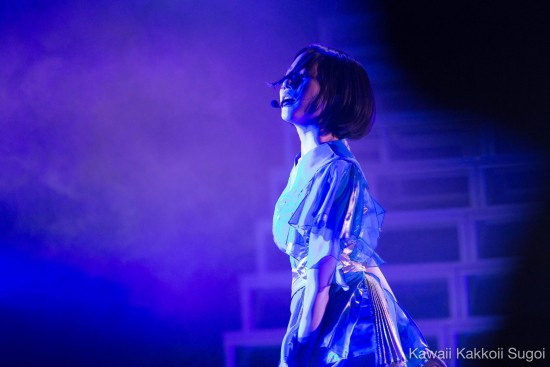 As the night was coming to an end, Perfume closed off their sold out show in Los Angeles with a heart warming track “Star Train” and walked up the steps to the most elevated stage and faded off into the star lit stage, ending an amazing show that fans would never be able to forget. 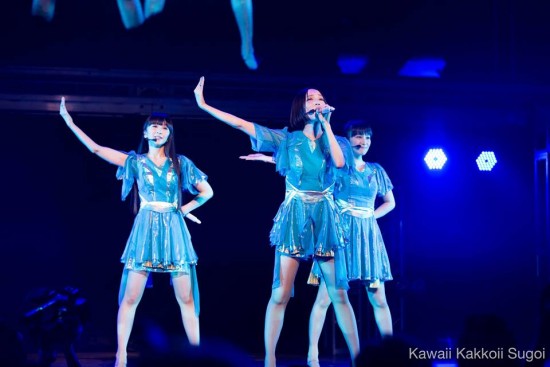 View the full photo gallery from Perfume’s show on Facebook.