Horikita Maki is pregnant with her first child! 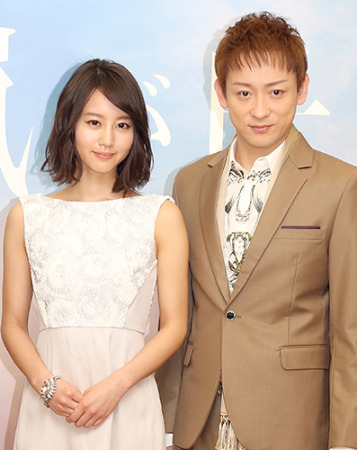 It has been announced that actress Horikita Maki (27) is pregnant. According to her management agency, she is expecting to have the child next year in January. 10 months have passed since her marriage with actor Yamamoto Koji (39).

Horikita’s pregnancy was initially discovered by tabloid magazine “Jyosei Jishin,” and since then, her agency has issued the following comment:

It is true that Horikita is pregnant. However, she is still in her initial stages of pregnancy, so we would greatly appreciate for everyone to watch over with great warmth and care.

Horikita had apparently been trying to get pregnant since March, when she finished shooting for the drama “Higanbana ~Keishicho Sousa Nanaka~”. She plans on continuing to work, but not for dramas, films, or stage shows, for her pregnancy may affect the projects themselves.

Horikita began dating Yamamoto in May 2015, after working with him on the stage show “Arashi ga Oka”. After two months of dating, the couple married in August. Having grown up in a lively household of five family members, Horikita has been looking forward to starting her own large family. In the past, she has commented, “I’d like around four children, and create a happy family filled with excitement.”