[Interview] CHAI at SXSW – “Our Music Genre Is ‘CHAI’” 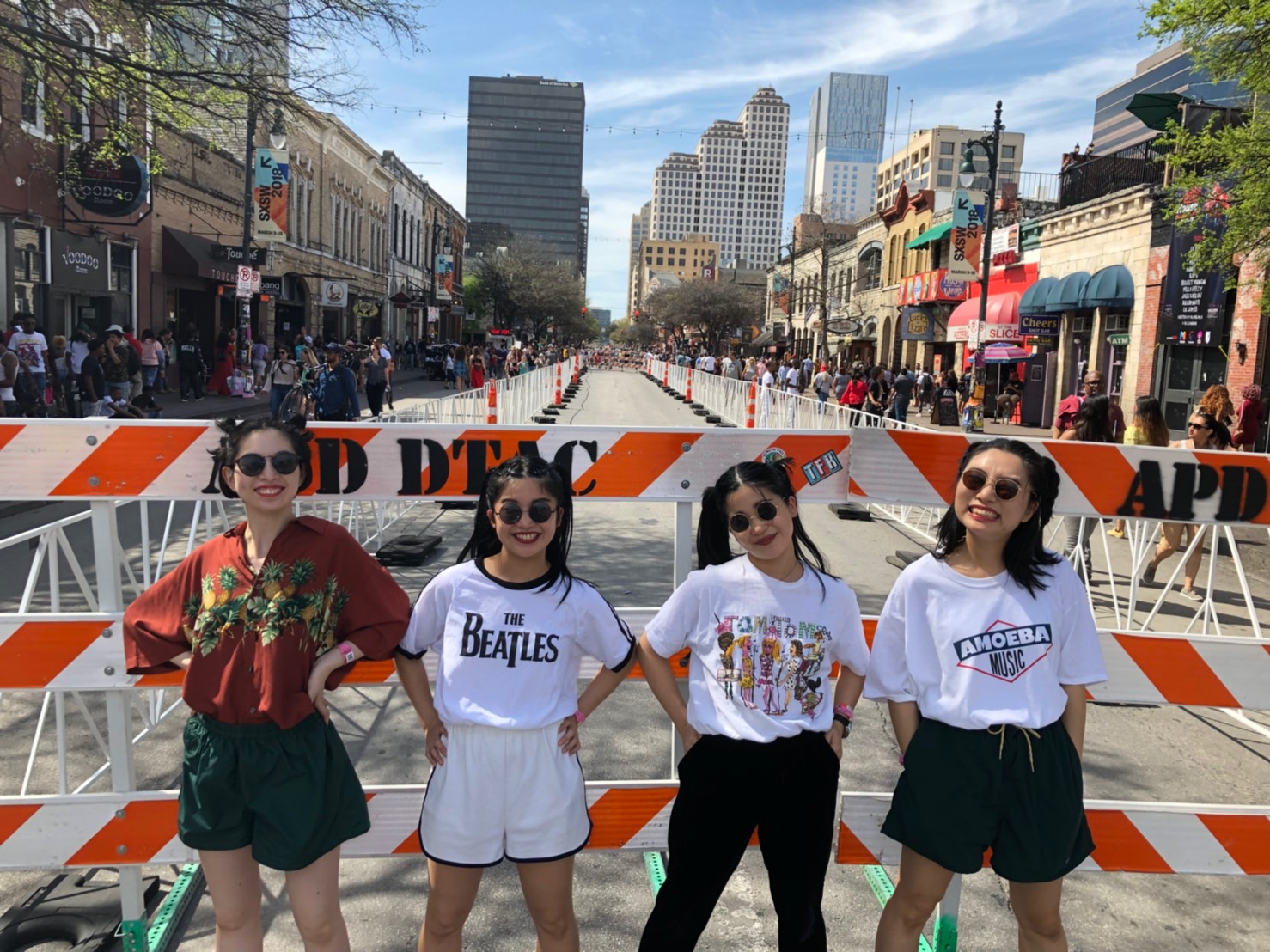 My interview with CHAI was nothing like I expected it to be. Before meeting these girls, I envisioned thousands of scenarios where the interview would go wrong, either due to my lack of Japanese skills or simply because the band and I were very different people. Last year, I saw CHAI at a Japan Nite show in Brooklyn. The vibe was bizarre and the singing style was something new to my ears – it felt like waking up with a massive hangover from a drunken all-nighter and suddenly opening the curtains. My curiosity finally won over my bias though. I was strangely hooked.

Then, somehow the name “CHAI” started popping up in my news feed. This band seemed to have become a phenomenon. I listened to a few songs and again realized how far-off my initial impression of them was. The song-writing was creative and the high-pitched girly vocals were quite consistent. Still, I was curious about the image they displayed in their music videos – ultra quirky and extremely self-assured. I hate to be judgmental, but these girls aren’t attractive by conventional standards. As a similarly aged girl in my twenties who constantly feels insecure about her dark circles and baby fat, I wondered to myself what their secret was to being this confident. Now after this interview, I not only realize that CHAI are much cooler and cuter than I thought they were, but more importantly that I’m much cooler and cuter than I thought I was.

KKS: This is your second time attending the festival. How does it feel compared to last time? Why did you choose to attend SXSW again? Is there anything you wanted to do last time but weren’t able to?

CHAI: It still feels great! Last year we didn’t get to see any shows because the lines were crazy so we just played and left. This year we got to see some shows. We went to see our favorite band ESG and later we will go to see our friends Super Organism!

KKS: What are the relationships like within the band? Do you hang out together outside of work?

CHAI: We basically do everything together (laughs). We are a new family. We stick together from morning till night.

KKS: I saw your show last year in Brooklyn — it was really energetic. This enormous spirit is presented in your songs and videos too, almost like it’s your signature style. What’s the secret to gaining so much of energy like this?

CHAI: In the morning we look at ourselves in the mirror and tell ourselves, “You can do it! You are a star! You are very cute!” We eat whatever we want, sleep as much as we want, and live the way we want to live.

KKS: The theme of your songs could be very random and all over the topics. How do you usually pick what to write about?

CHAI: We lay down the music first and write the lyrics last. Usually we come up with the idea together. Yuki would write the lyrics. For example, in the album “Pink” there’s a love song called “Horechatta” which sounds very melancholic, ballad-like so you would think it talks about love for someone but it actually talks about our love for Gyoza (dumplings)! Whatever we were feeling at the moment we wrote the song is what the lyric is based on.

KKS: So can I say the music itself is more important than the lyrics? Is there any message you’d like to deliver to your audience?

CHAI: The music is definitely more important to us while the lyrics are like the cherry on top. We just look to express ourselves in a funny way.

KKS: How do you define yourself in terms of music identity? What’s your view of the current indie music scene?

CHAI: If you are asking about the genre…our genre is “CHAI”! You can’t really put a name on it because CHAI is not solely rock or solely pop. We don’t much that much about indie scenes…we are just not into “scenes” so much. We are just into whatever we are into.

KKS: What music genre do you think will become the most popular 5 years from now?

CHAI: Usually history repeats itself right? Now the most popular genre we’d say is Hip-Hop. It could be anything but we are hoping in the future it could be “genre-less”. A bit like our sound – something that you cannot put a tag on it.

KKS: Do you remember the moment when you decided, “This is it. I choose to make music for the rest of my life”?

CHAI: Two years ago, we came to Tokyo from Nagoya. We don’t want to do it half-ass. Once we decide to do it, we want to do it at a Grammy level eventually! We will have to eat off our music (laughs). Instead of a special “moment”, we believe it’s more about how we spent the time together and figured out about what “being cute” is. As females we have a lot of flaws and insecurities. We try to embrace these flaws and insecurities.

Mana: I have small eyes.

Yuna: I have a white nose. Isn’t it a little strange?

CHAI: We take this picture that shows all of our flaws and when we look at it, we think to ourselves, “This isn’t that bad, right? Look at how cute we are!” Then we realize that it is our imperfections that make us cute. “Complex” is our art theme. 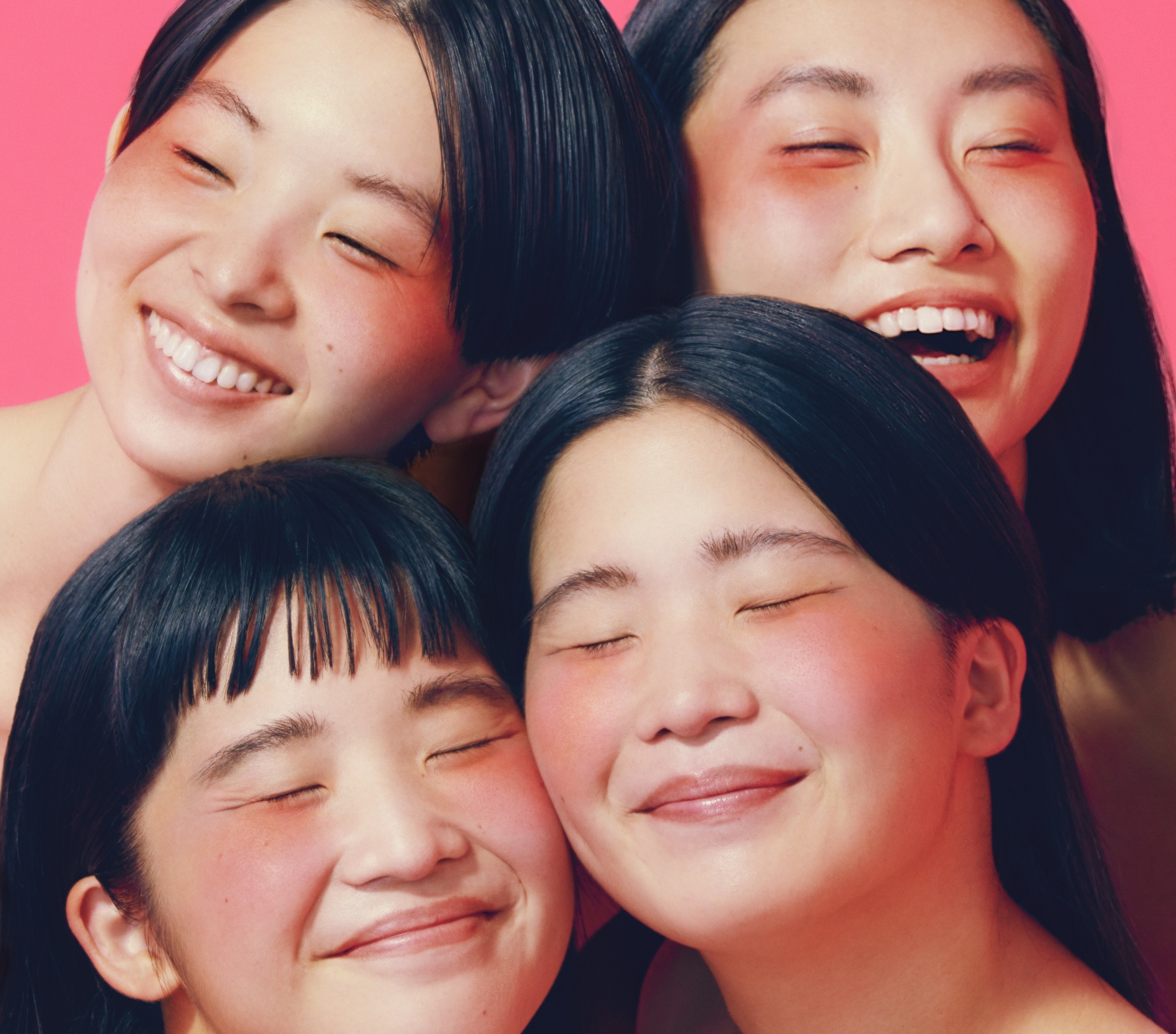 KKS: Have you interacted with your fans after the show off-stage? Any fun stories to share?

CHAI: When we played in San Diego, in the audience there were three girls that are a little “chubby”. They all had their pink CHAI merch T-shirts on. They ran over to us and asked for pictures. It touched us deeply because those girls showed great confidence while they probably have their own complex too. We are happy that our message is indeed getting out.

KKS: Which band or musician are you listening to right now?

KKS: Tell us three things that you think are “Kawaii (Cute)”, “Kakkoii (Cool)”, Sugoi (Awesome)” for each respectively.

Yuki: I like the kind of pink tank top with sparkling diamonds on it…I think that’s really Kawaii!

Mana: I think the movie “Frozen” and the theme song “Let It Go” are very cute!

Yuki: But after all, the ultimate “cuteness” is to be yourself, right?

Yuna: To always remain youthful no matter what age you are is really cool. You know, just stay childish in a way and don’t care about what other people think.