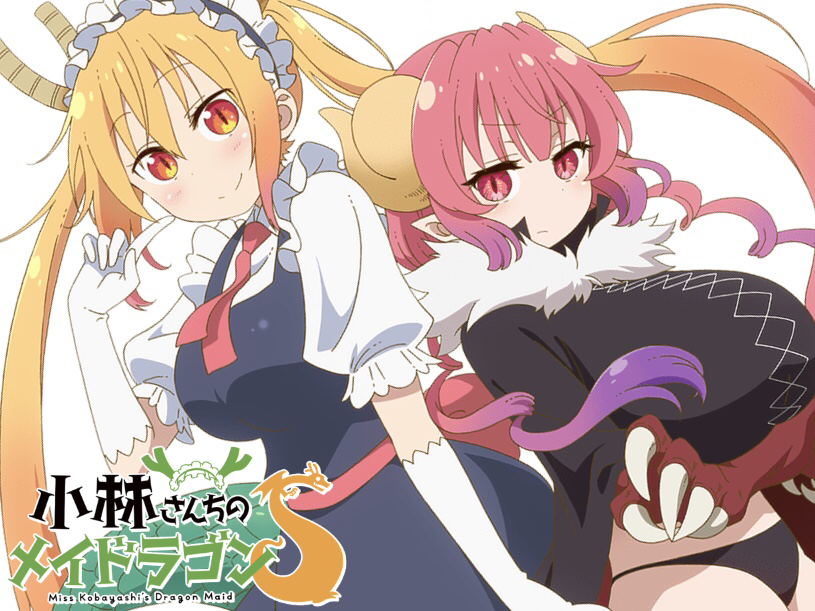 Bringing back famous dragon maid Tohru to serve her love and hero, Kobayashi, the series is set to continue from the first season which originally aired in January 2017. The new season will introduce rival Iruru (Ilulu) from the Dragons’ Chaos Faction.

We have returning voice actress Yuki Kuwahara as Tohru. Maria Naganawa, known for playing Platelet in Cells at Work, continuing her role as Kanna. Joining us again is Yuuki Takada, a popular voice from the series Aikatsu!, returning as Elma. Along with Minami Takahashi, the voice of Megumi Tadakoro from Food Wars: Shokugeki no Soma, coming back as Lucoa. These well known talents will be playing our favorite dragons once again!

New PVs from KyoAni have been released and a recent tweet from their official Miss Kobayashi’s Dragon Maid Twitter account proves to grace us with a premier window for the upcoming season.

With many famous works from KyoAni, we can be sure this continuation of Miss Kobayashi’s Dragon Maid will not fail to impress!