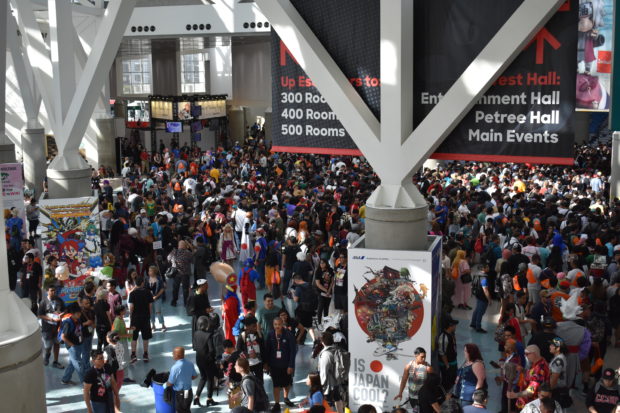 Just like yesterday, AX 2018 was nothing short of amazing! To start off the day, I went to the first panel of the day: Inside the VA Studios, hosted by Bang Zoom! Entertainment, with special guest Melissa Fahn, whom you may know better for some of these roles listed: Edward, Cowboy Bebop; Gaz, Invader Zim; Sasha, Stitch!; and Ray Beams, Eureka Seven to name just a few. 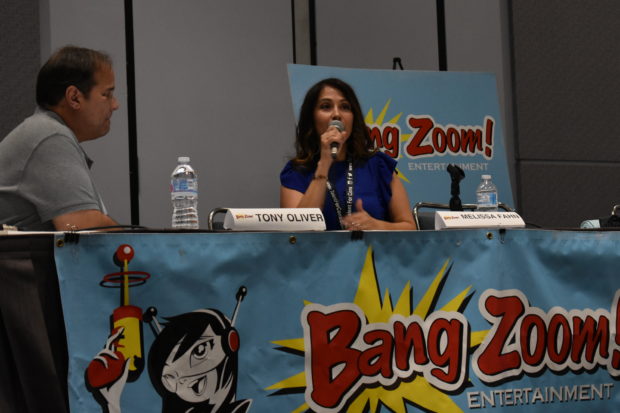 Fahn gave her story of how she got into voice acting when she worked as a receptionist; her voice got the attention of a casting agent for a Betty Boop featurette. “It was that experience that really opened the doors for me,” she said. At one point, Melissa Fahn auditioned for the role of Ariel from The Little Mermaid.  Fahn remembered, “[seeing] several concept arts of Ariel with different hair colors, blonde, brown, red, at the time when they were undecided.” Though she did not get the role, she was grateful for the experience.

She imparted terrific advice on what it takes to be a great voice actor, saying, “Voice over is not just about having a ‘cool’ voice…I think it’s really important to have some kind of melody with the acting before you get into the booth.” She emphasized that if one’s background is singing, he or she should make use of that and get into a voiceover workshop.

Several people had the opportunity to voice act through dubbing, which mainly works like this when in anime: the voice actor is given the original Japanese voice acting to provide him or her an idea of the nuances and emotions that need be conveyed. Not only that, but timing is key with syncing up with the lip flaps. Whenever he or she finished dubbing a character, Melissa Fahn would provide some pointers for improvement, while also validating their performances. 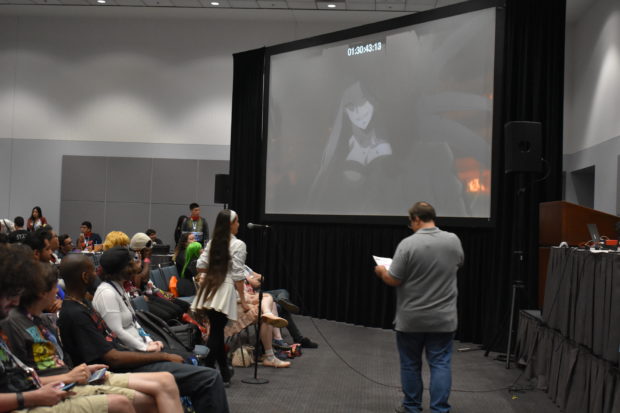 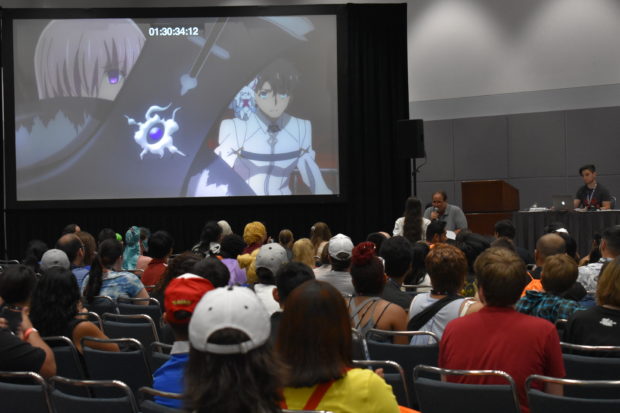 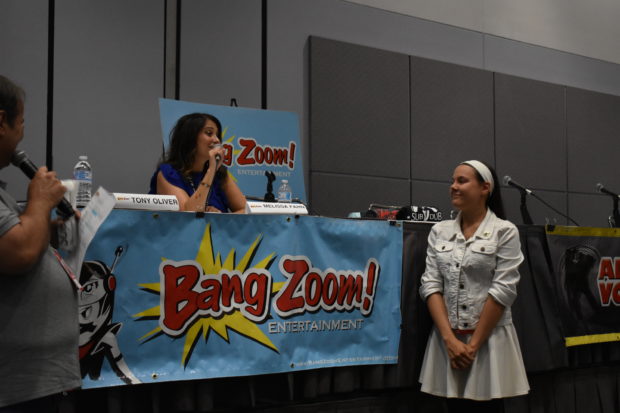 If you happen to be in the Los Angeles area, there will a beginner’s workshop held by Adventures in Voice Acting on July 21st, so if you have a zest for voice acting and might want to do it as a profession,  click on the link provided: http://workshops2.wixsite.com/aivaschool/workshops

I spent a great deal of my day exploring the Entertainment Hall, a place where anyone could get their game on! Everything was busy and hectic, but on the flipside that allowed me to take more photographs of cosplayers. 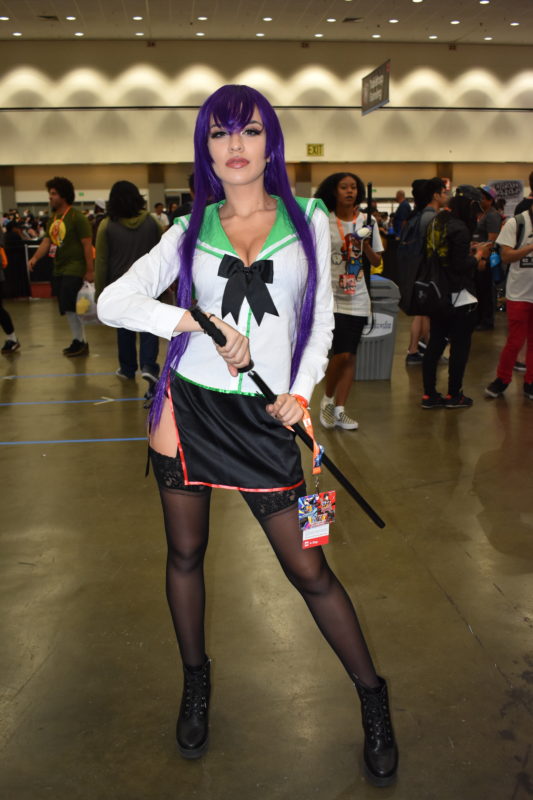 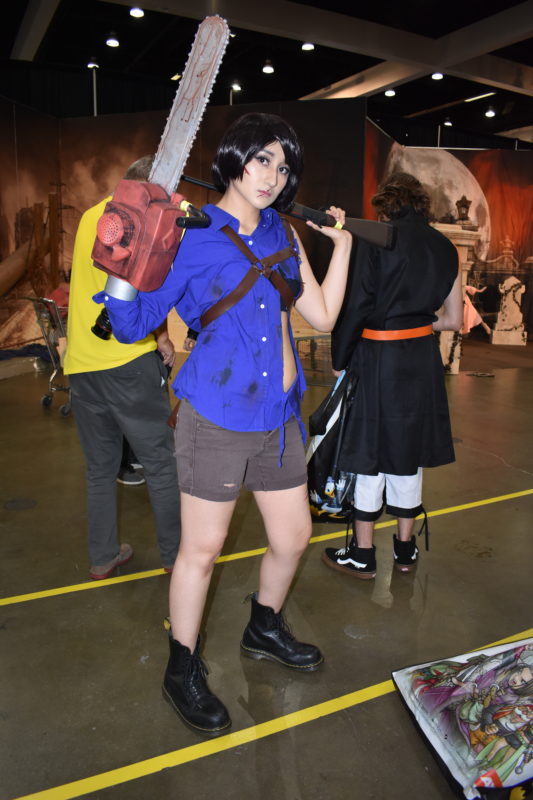 One of the highlights in the Entertainment Hall is that there are several backdrops provided for cosplayers to pose for photo shoots, and I was fortunate enough to take many pictures. 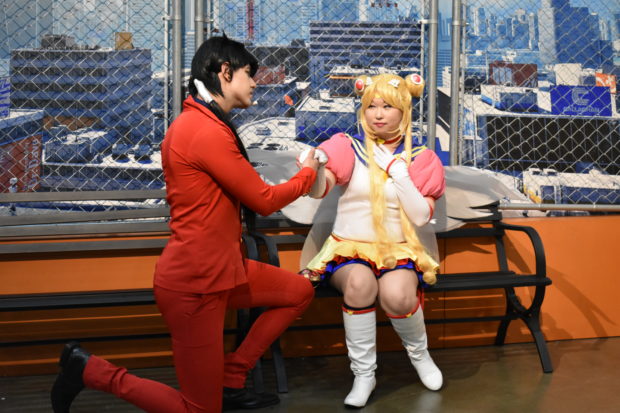 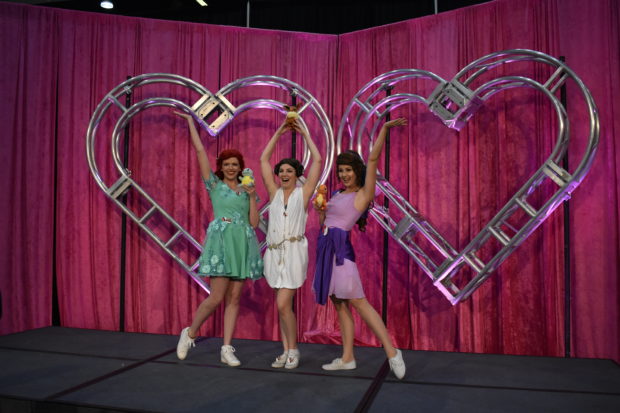 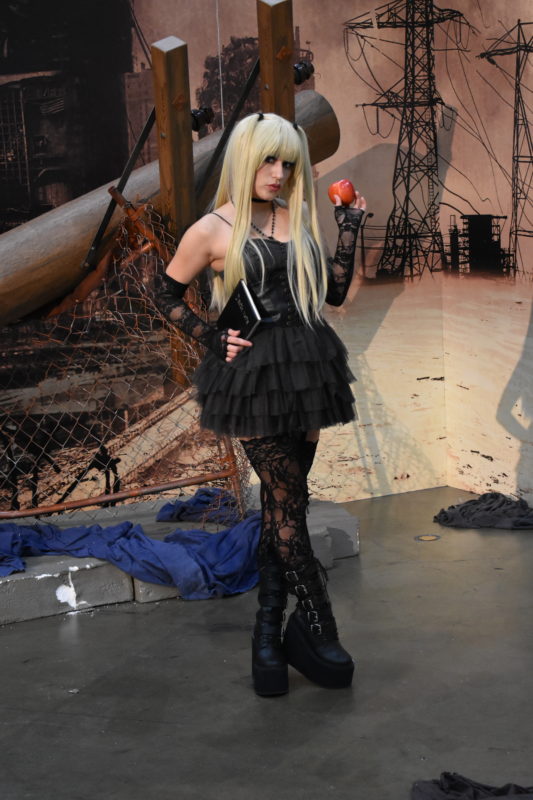 In the hall, several parts were devoted to video game playing and card games, many participants having fun and showing off their gaming skills to others. 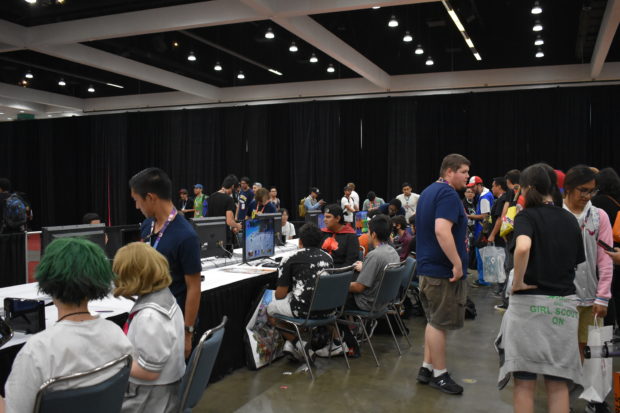 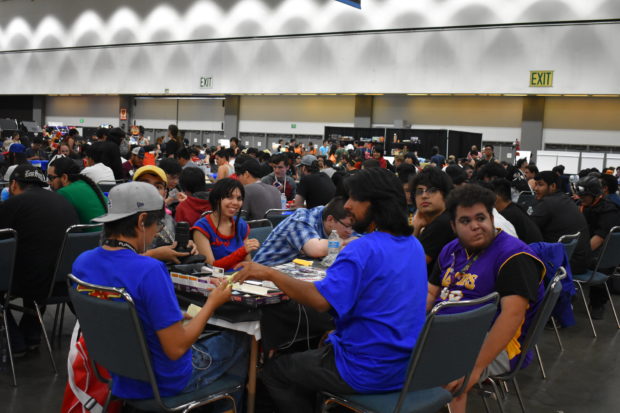 Looking around, I found the Square Enix booth that showcased Kingdom Hearts III and Dragon Quest. Alas, either the lines were too long or, because of bad timing, it was closed off, so I did not get the chance to play any of the showcased games. But it was a treat to watch others play it! 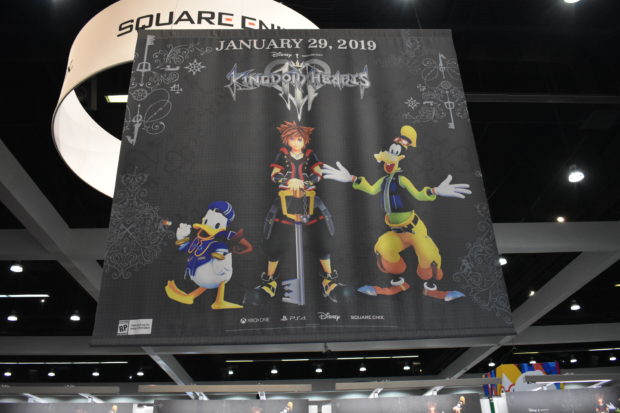 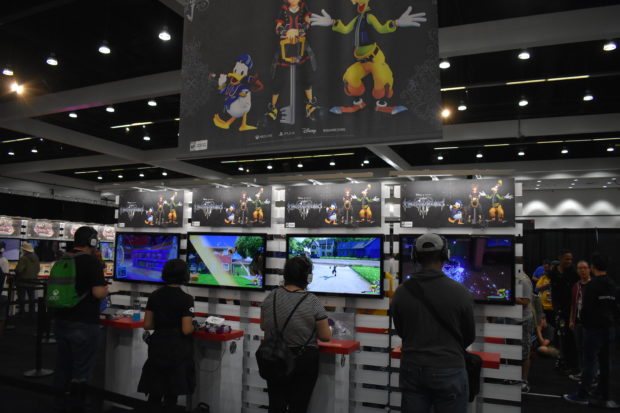 To conclude my day, I went to the panel, Women Who Write Shonen and Seinen Manga, held by Kory. 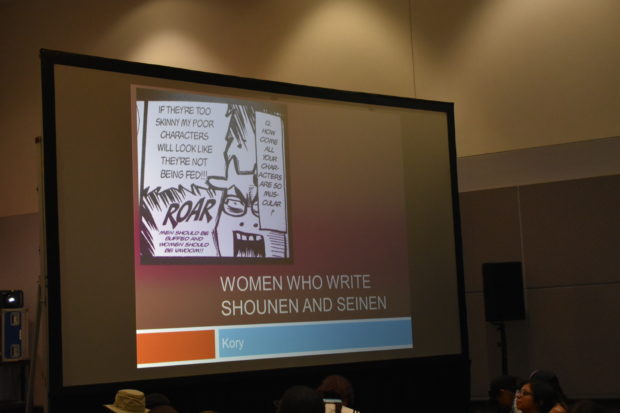 Although the guide said that the panel would have explored what makes female written Shonen and Seinen Manga different from that of their male counterparts, the panel instead focused on giving plot summaries to a variety of manga titles presented, such as Fullmetal Alchemist, Bamboo Blade, A Silent Voice, and Ranma ½. However, the one title that made impression on me the most was Wandering Son by Shimura Takako, a story depicting Shuichi Nitori, a transgender girl, who befriends Yoshino Takatsuki, a trans boy. Kory states that one of the reasons he chose to present Wandering Son is because the issue of being transgender is, for the most part, an uncharted territory as far as manga and Japanese fiction is concerned. The manga deals with gender identity and puberty as well.

Although the panel did not provide me with the experience I hoped, I still learned many titles that I would have never known existed.