Sexy Actress Eimi Fukada’s Twitter Goes Viral Not in a... 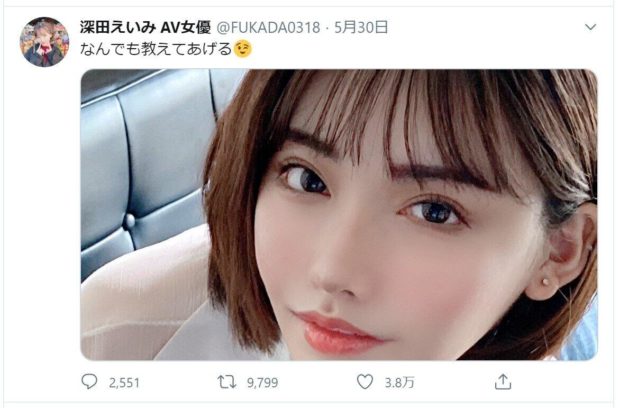 An sexy actress Eimi Fukada‘s Twitter has been drawing attention from many people.

Based on Eimi’s tweet, her followers respond to her seriously and comically not in a way that Eimi actually means, and it has become a big trend on Japan’s Twitter.

On May 30, she tweeted “I will teach you anything?” with her sexy photo, and she received over 2,500 replies. Here are some of the tweets that she got:

・Suddenly I can’t start the engine. (Snip) There is a rattling noise from the engine. Please tell me the cause.
・What is the best language for developing GTK app?
・I run a ramen shop, but I don’t know the Baume scale for miso ramen noodle. I understand the standard values ​​of water addition rate, irrigation rate and salt, but it doesn’t work very well. I would appreciate it if you could tell me the Brix scale of the soup as well.

Three days later, on June 2, she confusedly tweeted “No, that’s not what I meant…” with the screenshots of some replies that she received. This tweet got over 73,000 RTs.
Since then, Eimi has been tweeting with more simple questions such as “What do you want to eat?” “Where is your most stiff part?” “What do you want?” and “Do you want to touch me?” and her followers have been replying to her in a different way on purpose. She often screenshots and tweets the hilarious and impressive replies, and she has been offering entertaining contents created by her and her fans. 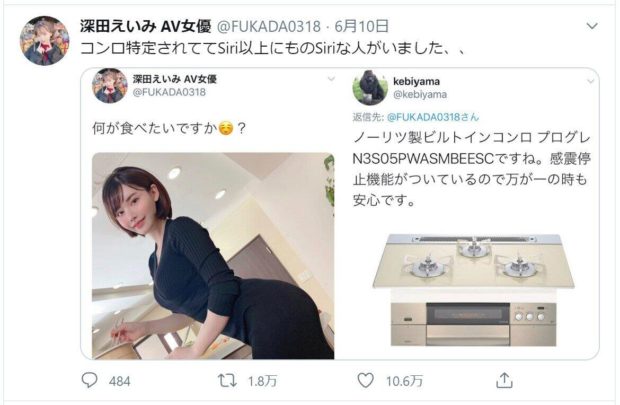 Original Tweet: “Where is your most stiff part??”
RT Tweet: No, that’s not what I meant… But you’re so into it… ??
*凝る: stiff or into something in Japanese
Fans replying what they’re into currently: Cheesecake, lamp art and paper craft art.

Original Tweet: “What do you want??”
RT Tweet: No… Less than 10% could answer the way I wished. I wonder if my question was extremely hard…?‍♀️?‍♀️?‍♀️
Fans: “I want a knife which can remove makeup.” “I want to be loved by my mom. Can you become my mom?”  and “I want cheese gyudon with a soft boiled egg.”