by Melissa 5 years ago4 years ago 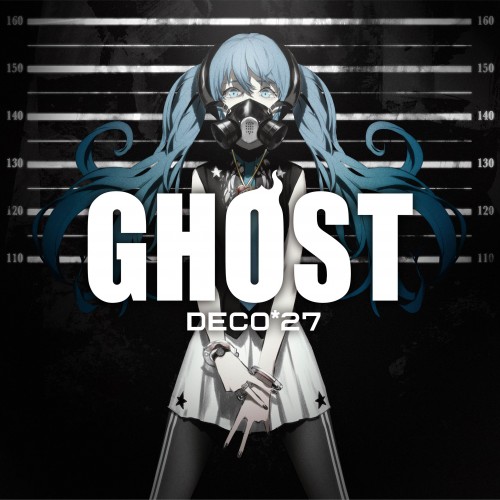 Interview and Translation by Melissa

DECO*27 is a Vocaloid song producer from Japan, best known for his songs created with virtual pop sensation Hatsune Miku. His single “Ghost Rule” released this past January has already received 2.8 million views on Nico Nico Douga and 2.4 million views on YouTube, proving to be the biggest hit of 2016 in the Vocaloid scene. The massive hit will be included in DECO*27’s upcoming new album “GHOST” scheduled to come out on September 28, together with 12 other Vocaloid tracks. The full album will be available both on iTunes and on Apple Music worldwide, so make sure to check it out!

A passionate fusion of rock, pop and electro, DECO*27’s works have not only attracted the attention of Vocaloid fans, but also his contemporaries in Japan, such as Nakagawa Shoko, MEG and Shibasaki Ko. Responsible for either composition or production for these Japanese artists, the sought-after Vocaloid producer also told us he would very much like to collaborate with Blink-182, one of his biggest musical influences. Curious about DECO*27? Check out our interview with him to find out what is special about this super Vocaloid producer! 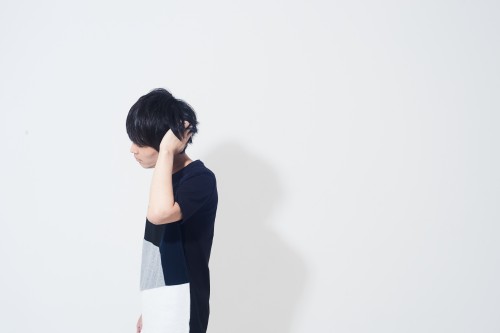 ── To start with, can you introduce yourself to our readers?

DECO*27 Hello KKS readers! I am DECO*27, a Vocaloid producer from Japan.

── When did you start composing music with Vocaloid? What inspired you to become a Vocaloid producer?

DECO*27 I started composing with Vocaloid since around 2007 or 2008, after getting inspired by kz’s song, “Packaged”.

DECO*27 I did make some songs with another character named GUMI, for example, “Mosaic Roll” and “Yowamushi Mont Blanc”. But my favorite character has to be Hatsune Miku. She is the first Vocaloid character I got to know, so I have a special feeling for her more than any other characters. And most importantly, I love her voice so much.

── Can you introduce your latest album “GHOST” to the overseas fans? What are some of the songs in this album that you would recommend to your new listeners?

DECO*27 GHOST is a concept album where all 13 songs could be regarded as one for they share the same theme, and I made this album with such uniformity in mind. To those who are not familiar with my music, the first song I would recommend is the lead track “Ghost Rule”. I hope you guys could enjoy its melody featuring an upbeat intro and a passionate chorus.

── We heard that the package design for your new album is very special, featuring the visuals of a pizza. The limited edition comes out as a “luxury pizza box” which contains not only a CD but also a T-shirt, a mini towel and napkins. How did you come up with this interesting idea?

DECO*27 Because I’m a big fan of pizzas! (laugh) And I had a lot of them while producing this album. I realized using a pizza as my CD artwork could be a fresh idea so I chose this new form to leave a deep impression on my listeners. 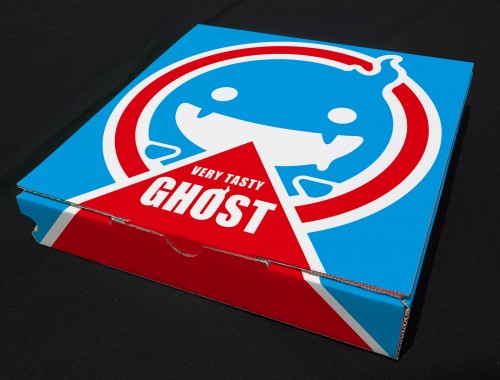 ── So far you have collaborated with many famous Japanese artists including Nakagawa Shoko, MEG and Shibasaki Ko; are there any American artists that you would like to collaborate with in the future?

DECO*27 Blink-182! They are one of my biggest musical influences, so it’ll be a great pleasure for me if I can collaborate with them some day, together with Hatsune Miku-chan if possible.

── Finding fame in Japan, have you considered traveling to other countries and bringing your music there?

DECO*27 Since I haven’t been to the US yet, I really hope to visit the US soon!

DECO*27 I’m really glad to see my songs loved by so many people. I wasn’t expecting such great popularity at all when I first started as DECO*27. Although this is not exactly a piece of advice, I really look forward to more unique Vocaloid songs so I hope more people could join us as “Vocaloid producers”.

── At Kawaii Kakkoii Sugoi, we aim to spread the cutest, coolest, and most amazing aspects of Japanese culture. What do you think fits this criteria “Kawaii, Kakkoii and Sugoi”?

DECO*27 To me, it’s definitely Hatsune Miku! First, her appearance is super cute! And she turns super cool when she is singing! Finally, it’s such an amazing fact that she is loved all over the world!

── Lastly, may we ask for a message to overseas fans and our viewers please?

DECO*27 After reading this interview, I hope those of you who haven’t heard about Vocaloid could start listening to some of the songs! Believe me, a fascinating world is awaiting you. And if the world you are going to enjoy includes my music, I’ll be super happy!