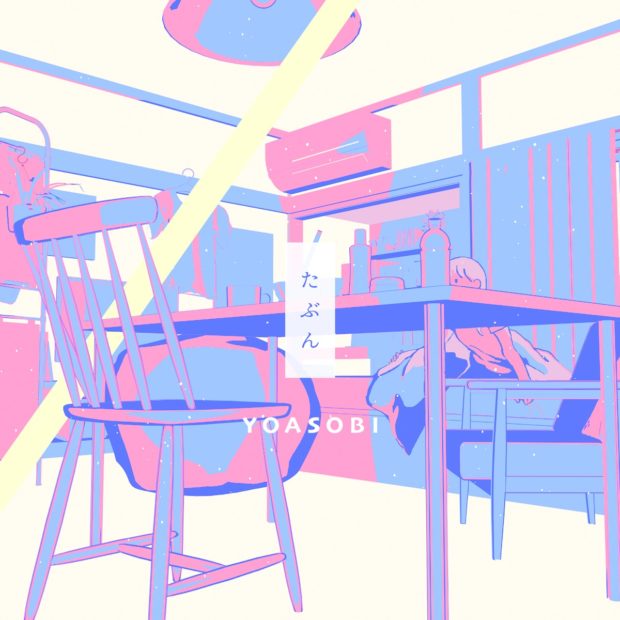 YOASOBI consists of Vocaloid producer Ayase, famous for songs such as Yurei Tokyo, and vocalist ikura, who had previously gained attention from her vocal works on TV commercials. Their music is extra unique, as the duo get inspiration from short novels uploaded to the site monogatary.com, and work together to bring those stories to life using music and animation.

The band is most well-known for their debut song Yoru ni Kakeru, which was released on YouTube back in November of 2019. The official single album of the same name was released digitally later in December.

Yoru ni Kakeru was based on the story “Temptation of Thanatos” written by Mayo Hoshino, which was published to the site in July of 2019.

In the same way, their new song Tabun is based on a short story with the same title, written by Shinano. Tabun is a bittersweet story about former lovers and roommates, narrated by one as the other prepares to move out. The story is reflected in the song in a soft yet upbeat melody, and in the music video in a colorful but simple animation.

The way the duo brings forth stories along with their catchy music and meaningful MVs captured the hearts of many listeners. Tabun is only the third part of their story-filled journey, so we look forward to the many masterpieces they will create in the coming future.