In the turbulent time we are currently facing, many idol groups have lost their income from the mass cancellation of live events in Japan. Live houses have temporarily shut down and many groups are stuck with cancelled release events for new singles and postponed. We may be experiencing groups disbanding in the coming year if they are unable to recover from the hit. But luckily we live in a digital age and many idols have used this opportunity to reach out in ways that their international fanbase can be included on. 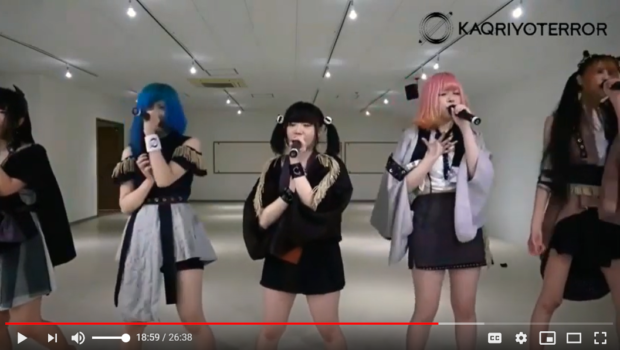 This time is a popular season for many idol releases. At a release event, purchasing a single can earn you a ticket for handshakes, chekis, and sometimes other exclusive perks that you have to be there in person for. This one-on-one interaction is important for fans, and while can’t be done entirely through digital means, live streams are the next best thing. While sites such as SHOWROOM have been popular for streaming regularly for certain idols, more idols are finding themselves live streaming more often. One popular method has been to livestream live performances. DearStage and Perfect Music recently did a collaboration stream called “DSPM Stream Fest” where they did a weekend of performances and talk corners of various groups, each day having an 11 hour stream full of idol goodness. Other groups, such as KAQRIYOTERROR, have been streaming performance lives on YouTube. 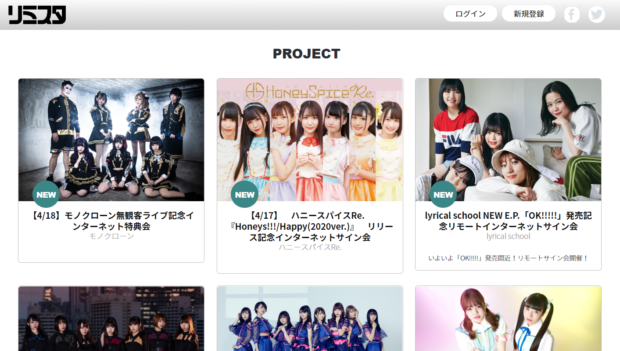 Along with streams, groups have organized online CD signing sessions and personalized cheki taking sessions. It’s not uncommon to see groups, such as FES☆TIVE and Yurumerumo!, using sites, such as Limista, to host their cheki events. You can select your favorite member for a cheki or signing and later watch in a livestream as they take and sign your personalized item. While the members are signing, they’re also able to read and interact with the live chat. So while you’re not with them in person, there’s still an interactive element.

While chekis are a staple in the idol goods world, the distancing has allowed for some more special merchandise to entice fans for further support to make up for the loss of losing live performances. These opportunities allow for more rare items such as hand-written letters, personalized videos, and other specialized goods that a fan may only have the chance to get at limited events. Due to their rarity, fans can use this opportunity to support their favorite idols during this time and receive a neat and treasured incentive.

Foreign fans are often unable to partake in these events. While someone can keep up with their idol’s news by following on Twitter and watching live streams, being able to get chekis and other personalized items is extremely rare unless you’re able to physically attend or have someone who could go in your place. Most of the goods for sale require third-party forwarding services to buy them, but it’s a small fee to be able to aid in your favorite group’s financial stability. The future is uncertain for how long this will last, but idols continue doing their best to reach out to fans and remain stable during these unpredictable times.