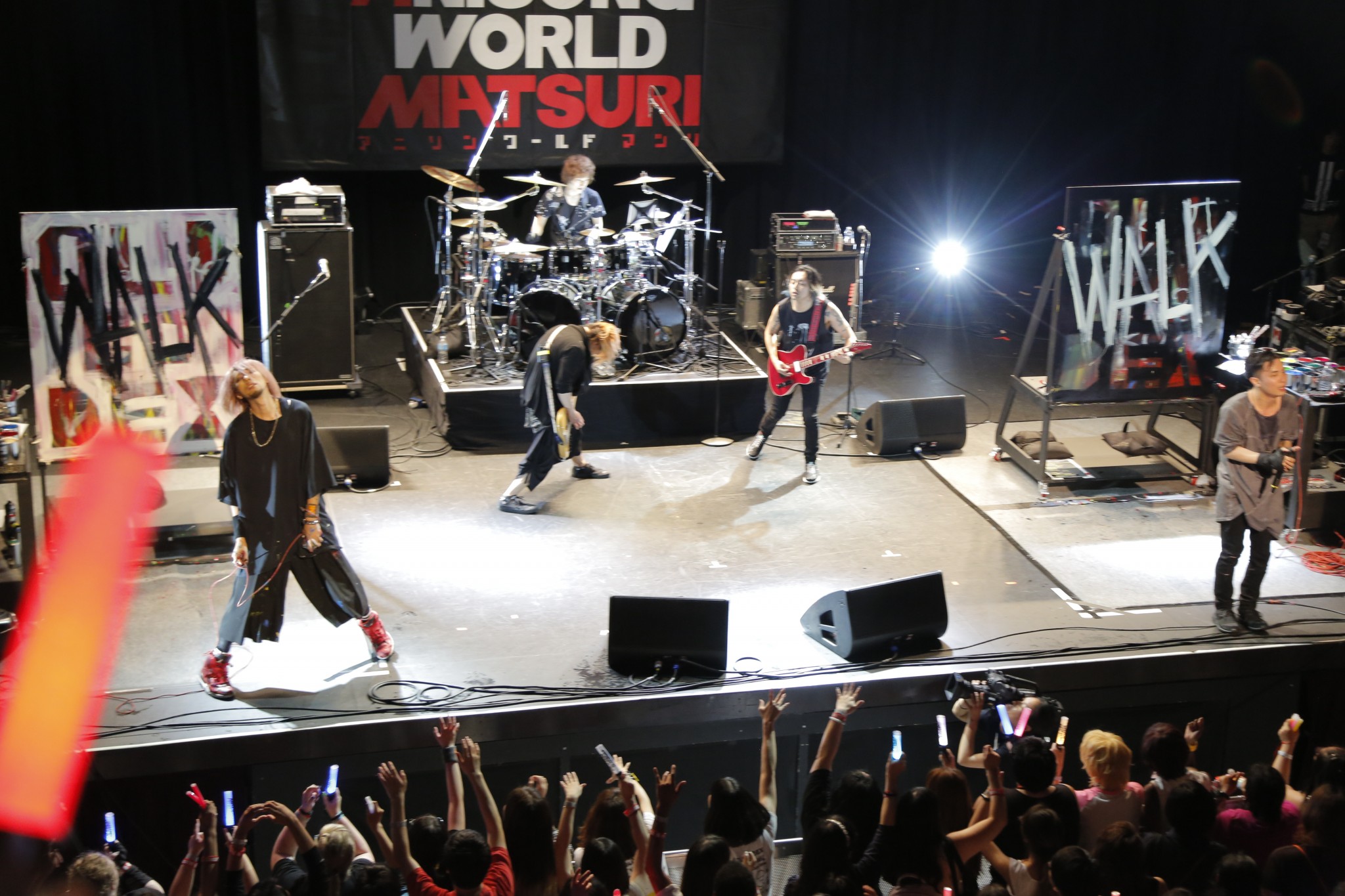 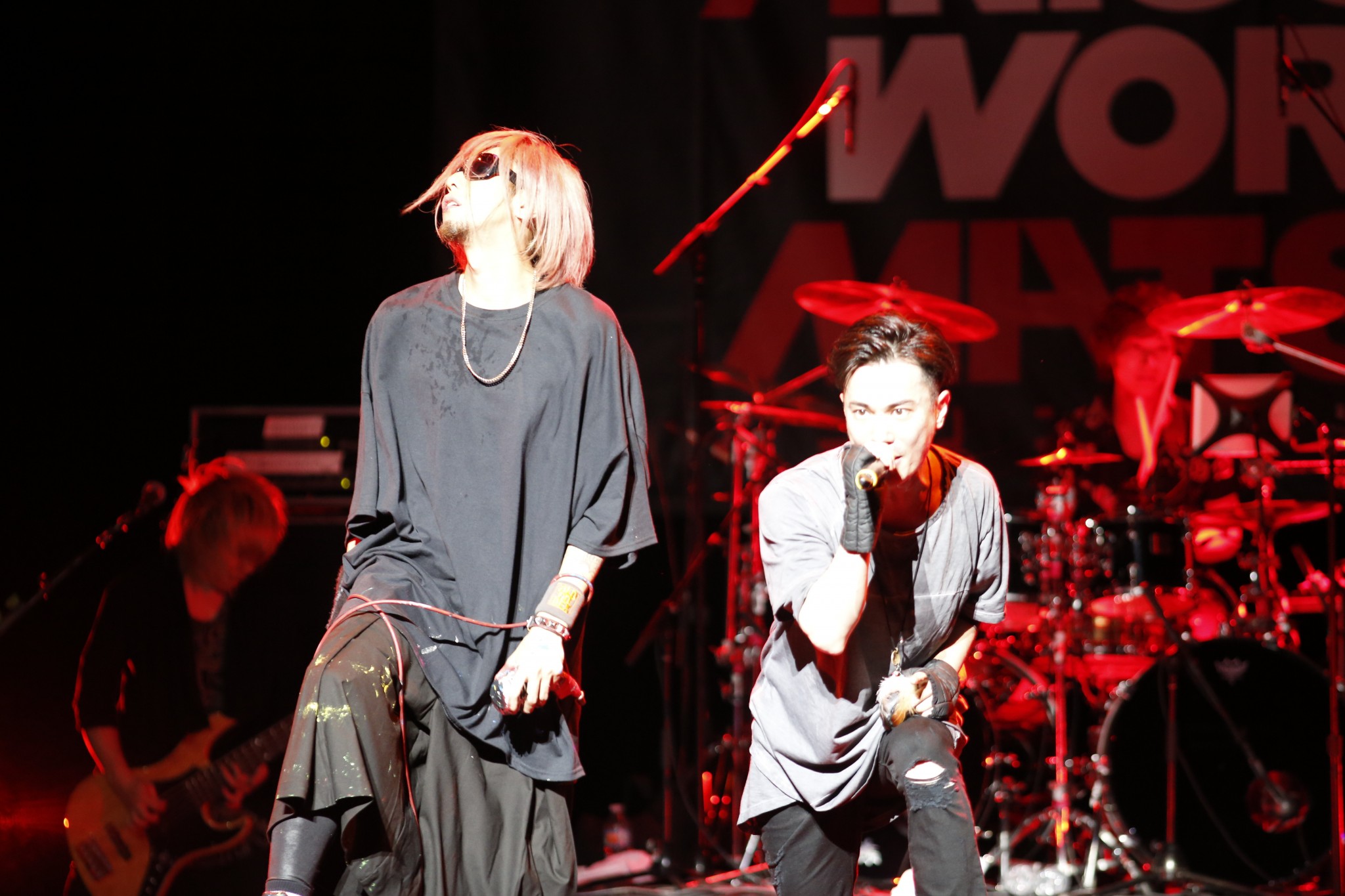 With a soft and futuristic guitar intro in the background, vocalist Ta_2 and painter YORKE. appeared on stage.

The opening number was “Dried Up Youthful Fame,” the opening number of the second season of “Free!”. The unimaginable integration of music and art created OLDCODEX’s distinct atmosphere. Fans clapped along to this already familiar song.

Following was “Catal Rhythm,” the ending theme of “Kuroko’s Basketball.” Unlike the prior setting, the venue suddenly turned into a disco scene, and the neon colors that YORKE. used seemed to match this pop scene.

“Landscape” featured an open sound that perfectly matches the summer season. Fans cheered loudly as Ta_2 and YORKE. sung besides each other. YORKE. splashed water on the audience, while Ta_2 ran around the stage, exciting the fans. 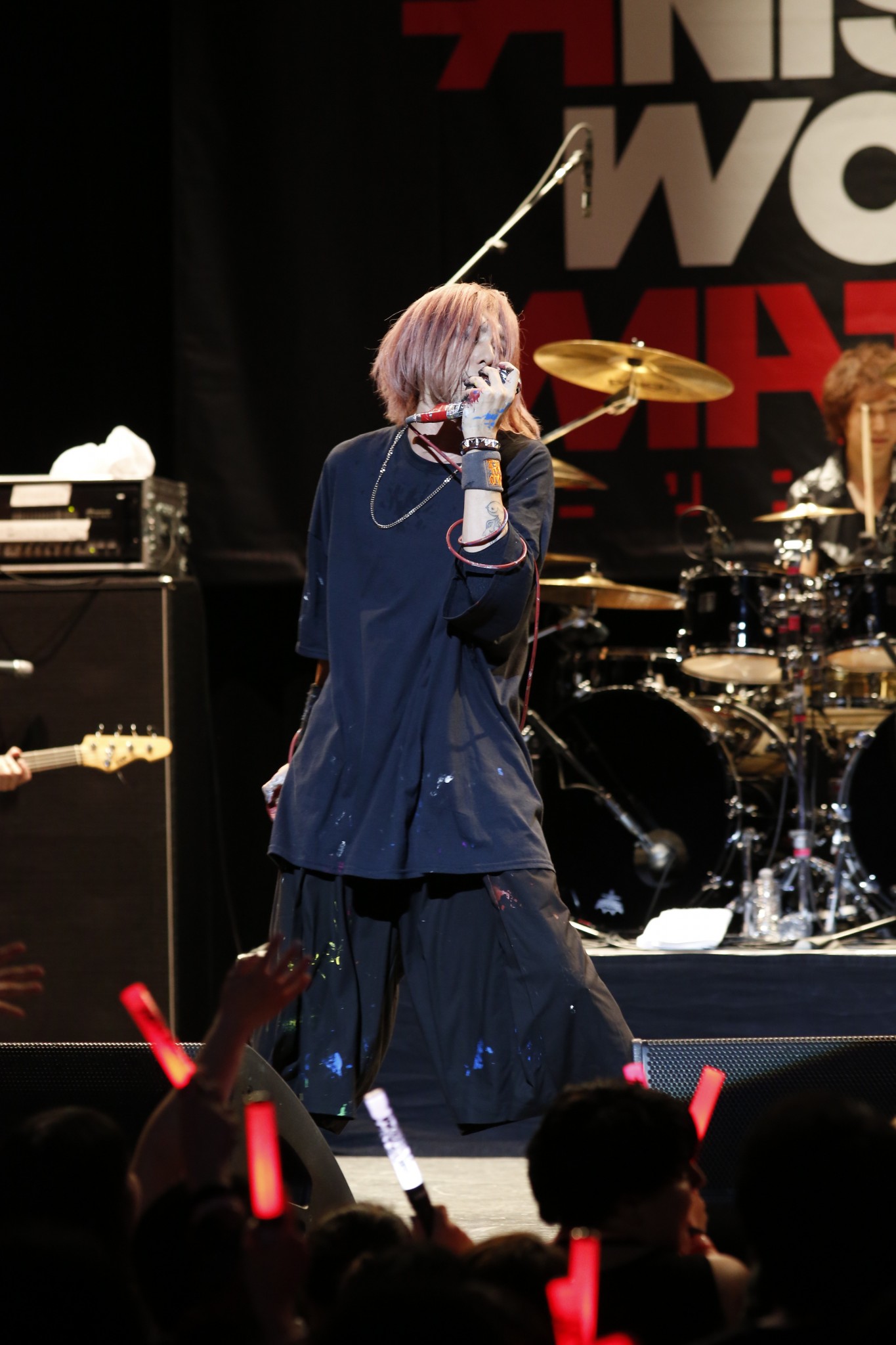 The fourth song was “WALK,” another ending theme of “Kuroko’s Basketball.” The audience seemed to show no signs of decelerate. The paintings on both sides of the stage featured the title of the song.

During the following talk, Ta_2 mentioned his feelings performing in the U.S. for the first time. “I crossed national boundaries and came all the way to America. This is personally my first time here, so everything is so fresh and new!” He also taught the audience a new Japanese phrase, “Maji panee!” which means “That’s so amazing!” In English, YORKE. spoke, “Nice to meet you! We want to cherish each one of you, right here.” 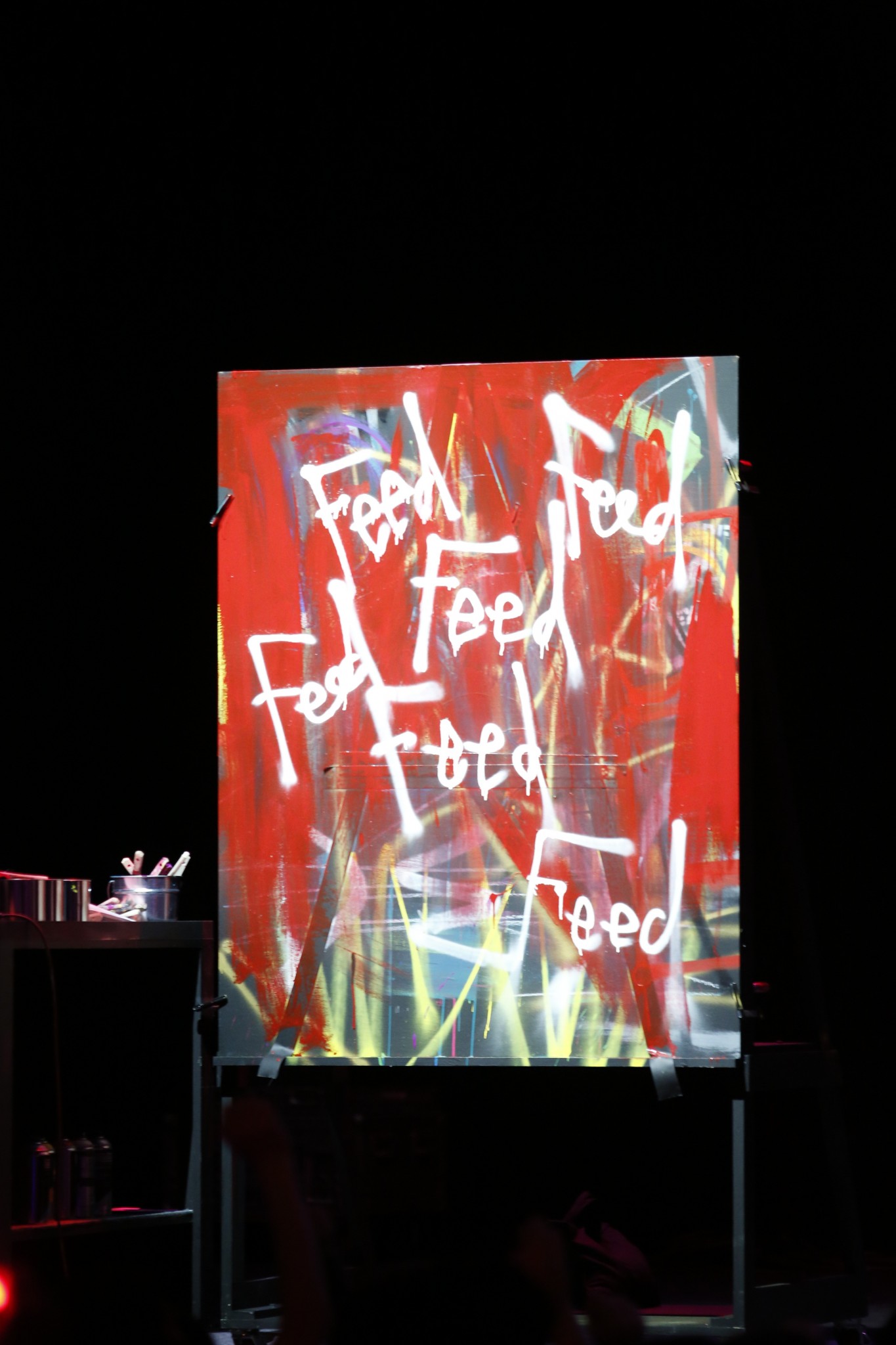 Fans shouted in great exhilaration as the band played “Aching Horns,” the theme song of the movie High Speed! -Free! Starting Days-. Both YORKE. and Ta_2 dove into the stage during “Rage on” and “Feed A,” two songs that bring out the dark side of OLDCODEX.

In contrast, the eighth song “kick out” was much faster in tempo. The venue reached maximum voltage as the band members brought on stage two enthusiastic fans from the audience. 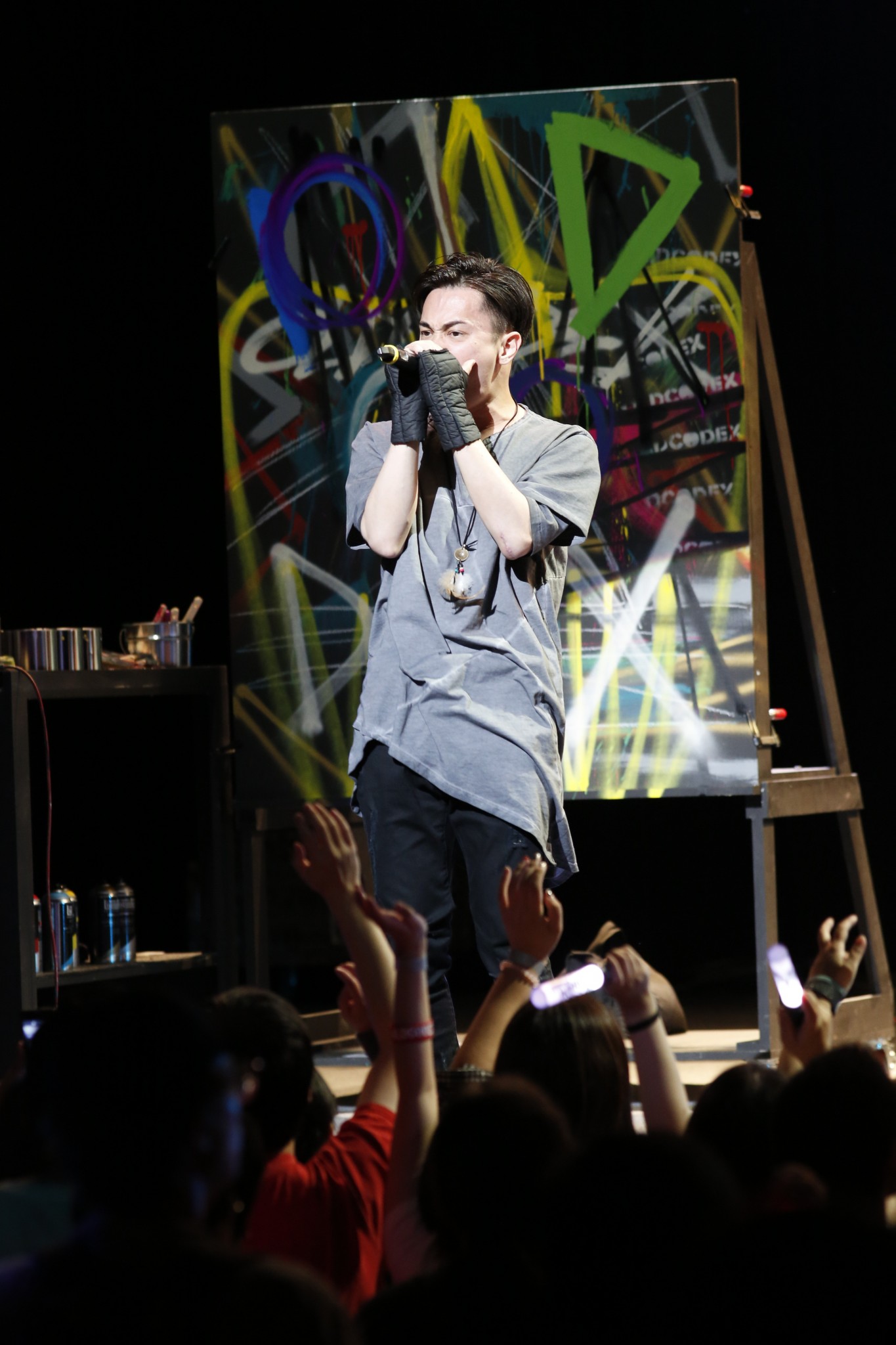 After thanking the American fans for their continued support, the band performed “reel” and “Anthem.” The final song was “Eyes in chase,” a powerful song that brought out the greatest aspects of the support members.

At the very end, Ta_2 dropped his microphone and shouted “Thank you!” to the audience, and the OLDCODEX concert reached an end. 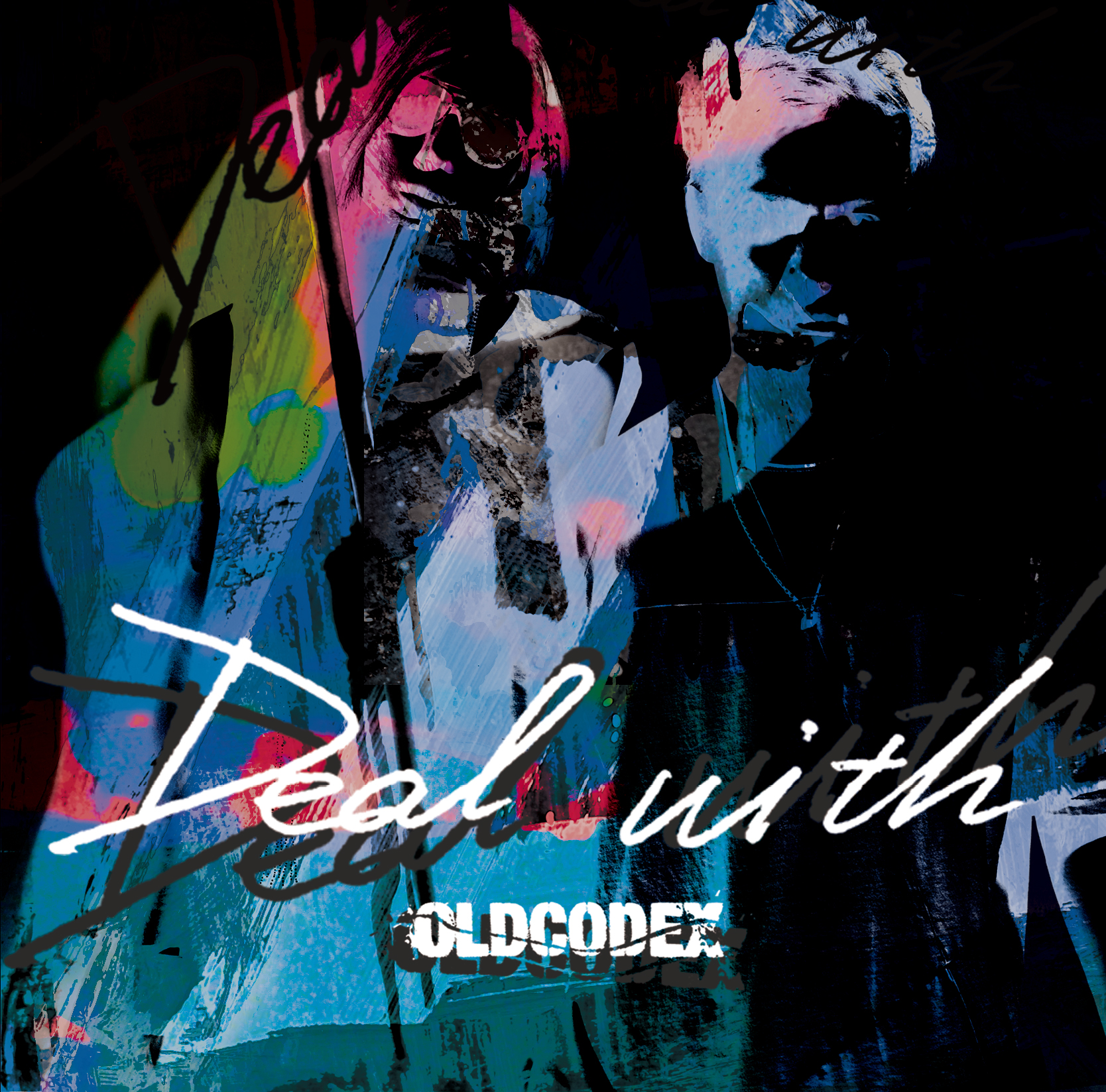 Be sure to check out OLDCODEX’s latest single “Deal with” which was released on July 25! 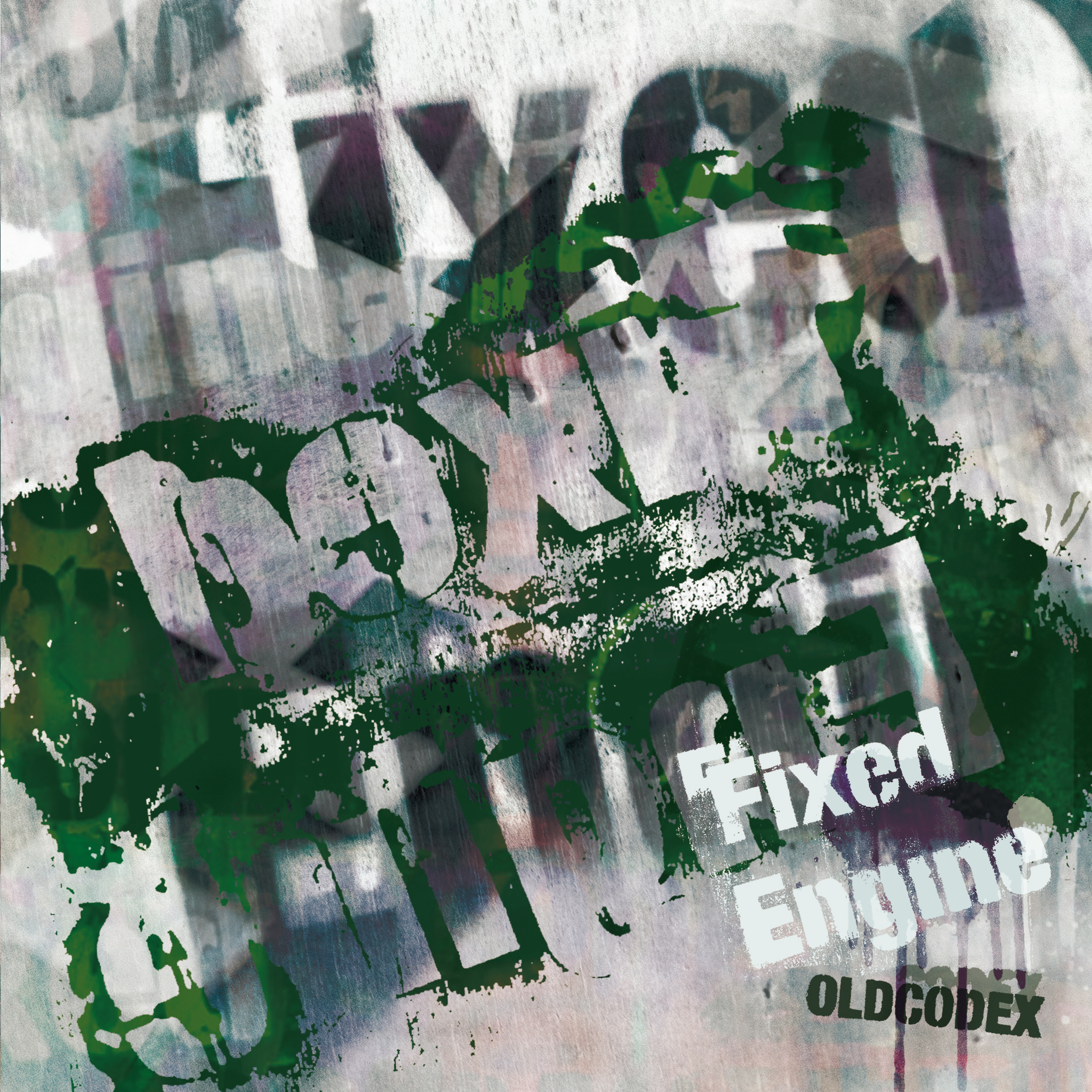 The band recently reached #3 on Oricon weekly charts with their newest album “Fixed Engine.” OLDCODEX will start their tour in September, so be sure to check them out if you have the chance!