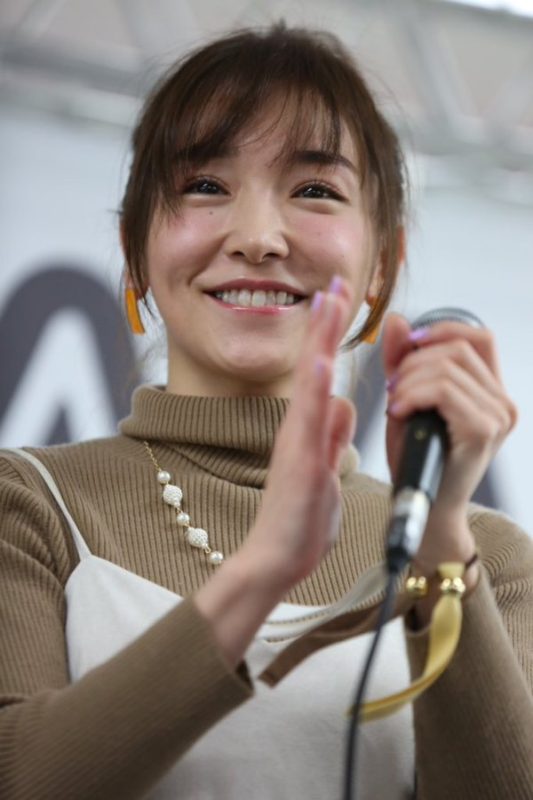 After a fall out musically in the public eye and tons of ups and downs in her personal life, Ai Kago has is happy to announce that she is a married woman!  This is the second time Ai has been married, mentioning that she feels fulfilled in this relationship with not just their romance but how he treats her daughter.  Who is this mystery man exactly?  We don’t know!  Other than he’s a 38 year old beauty company manager!

Ai was previously married to restaurant-owner Haruhiko Ando, whom she shares a child with, and suffered a public meltdown due to allegations against Haruhiko of extortion, having ties with the Yakuza or “Japanese Mob”, and loaning money at illegal interest rates.

Ai’s personal image has also been tainted in the entertainment business due to her dismissal from 90’s J Pop Idol group, Morning Musume, for underage cigarette smoking as well as dating older men.  Ai had a brief comeback in 2008, signing with a new agency and appearing in several movies released in Hong Kong as well as a Jazz album released in 2010.

Despite her publicized comeback in 2008, public reaction wasn’t where it needed it to be, prompting Ai to join Girls Beat!, another girl group in 2013.  Juggling her ex-husband, Haruhiko’s legal issues simultaneously, Ai cancelled a lot of scheduled performances, meetings, and gigs for Girls Beat! ultimately leading to her departure in February of this year.

Congratulations Ai!  We hope this is a step in the right direction!