Anatomy of Doraemon, the robotic cat 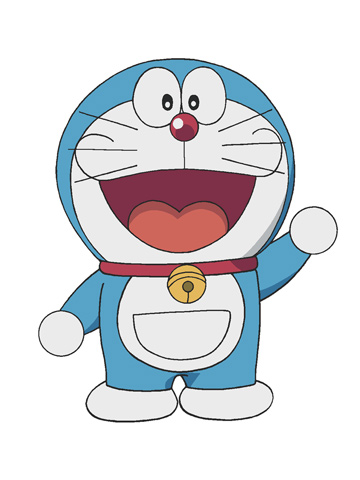 For those of you who have never heard of the manga character Doraemon, he is a robotic cat who has traveled back in time from the 22nd century to aid young schoolboy, Nobita Nobi. He has a forth-dimensional pocket, called the yōjigen-pocket , from which he pulls out gadgets like a “time machine” and an “anywhere door” allowing him and his friends to travel to any time and place they wish. His favorite food is dorayaki and he is afraid of mice.

Doraemon is a comedy-science fiction manga series that began in 1969 and ran until 1996 totaling 45 volumes. Made primarily for children, the series mostly deals with typical family value lessons. However, the series also approaches more worldly issues like global warming, deforestation, endangered species and even more adventurous and unusual topics like the flat Earth theory and wormholes. The comic has been made into several TV anime series since its creation. Doraemon is such a widely recognizable Japanese icon that in 2008, he was appointed to be Japan’s first ever cartoon ambassador.

Here is a look at Doraemon’s robotic anatomy:

Eyes – infrared eyes which can see at night.

Nose – a nose with 20 times the smelling power of the human nose. unfortunately, it’s often out of order.

Mouth – a big mouth that can eat anything and everything

Whiskers – radar whiskers which can track distant objects. unfortunately, they are in need of repair

Bell – a cat-calling bell. one ring, and all the cats in the neighborhood gather round. out of order at the present.

Tail – Doraemon’s switch is in his tail. pull it and he stops.

Pocket – a fourth-dimensional pocket filled with all sorts of wonderful gadgets.

Hands – vacuum hands which can suck up just about anything.

Feet – flat feet which can walk softly as a cat.

Note that Doraemon has no ears. They were eaten by a mouse and he has been afraid of mice ever since. Still, he can hear perfectly well.