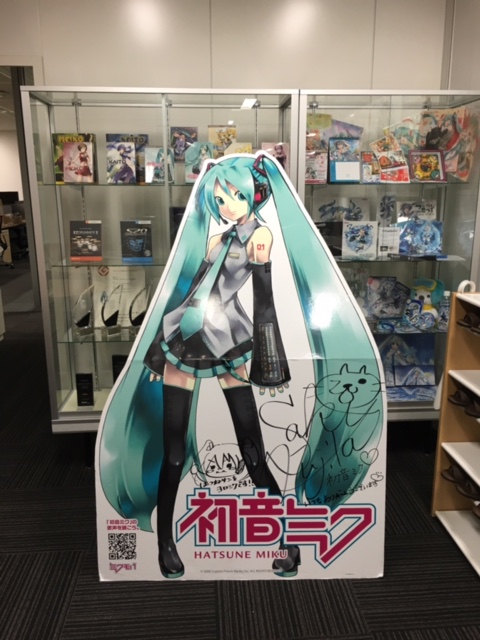 We had the opportunity to visit Crypton Future Media this past August in Sapporo, Hokkaido! Their office is located in a beautiful building that is fitting for an awesome company like Crypton. 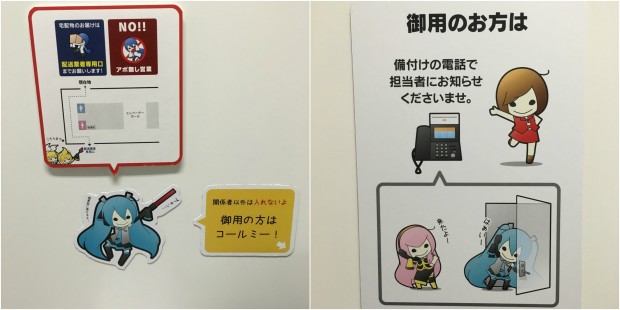 When we rang the intercom, Kanae welcomed us in and led us into the meeting room. It was nice to see a friendly face. We last saw Kanae at Miku Expo in LA this past May. The meeting room had posters of Hatsune Miku and her Vocaloid crew as well as a great view overlooking the former Hokkaido Government Office, a beautiful western-style building built in the 1880s.

Mr. Hiroyuki Itoh, the CEO of Crypton, also greeted and welcomed us to Sapporo. He told us he was sorry that we were visiting Sapporo while it was being bombarded with typhoons. (It had een 9 years since the last typhoon hit Hokkaido, and it was the first time Hokkaido experienced three typhoons in one year.)

After some catching-up, Kanae gave us a tour of the Crypton office, where approximately 100 people work. Almost everyone decorated his and her desks with Crypton merchandise that would make you jealous. Mr. Itoh told us that you could determine who worked in which department by looking at the types of merchandise on the desks. For example, those in marketing often had Hatsune Miku figures on their desks. 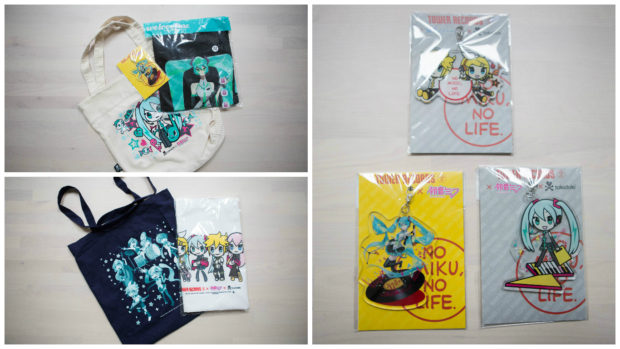 Kanae then introduced us to a couple of the international team members, Riki from Dallas and Guillaume from France. Both of them speak Japanese fluently. Kanae also gave us many rare Miku merchandise items for the KKS audience! Stay tuned for some exclusive giveaways! 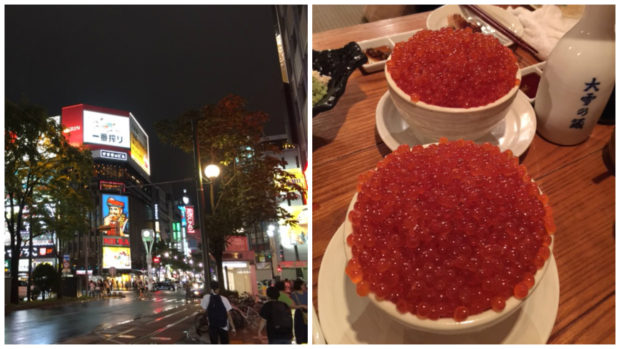 After our office visit, Mr. Itoh, Kanae, and Riki took us to a very popular authentic Japanese restaurant that is known for its salmon roe rice bowl performance. We had a great time eating fresh Hokkaido seafood and listening to Crypton team members’ stories. Despite the typhoons, we had a great time in Sapporo thanks to the warm hospitality we received from Crypton, Mr. Itoh, Kanae, and Riki.

Hatsune Miku performed at Magical Mirai 2016 at Makuhari Messe in Tokyo on September 9th and 10th.  (http://magicalmirai.com/2016/ )Needless to say, the KKS team is very envious of those who attended!