Pacific Media Expo is a fun J-Pop convention in a great Los Angeles area introducing Asian entertainment to American including anime, manga, cosplay, fashion, music and so on! This year PMX was held at Pasadena Convention Center surrounded  by lots of beautiful scenery. I had a chance to join PMX on Sunday and met so many lovely cosplayers!

Here’s some awesome cosplayers that I ran into: 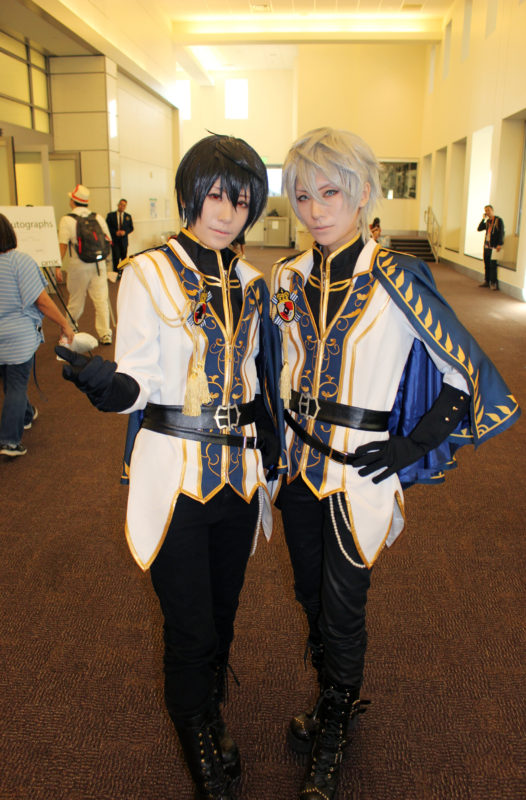 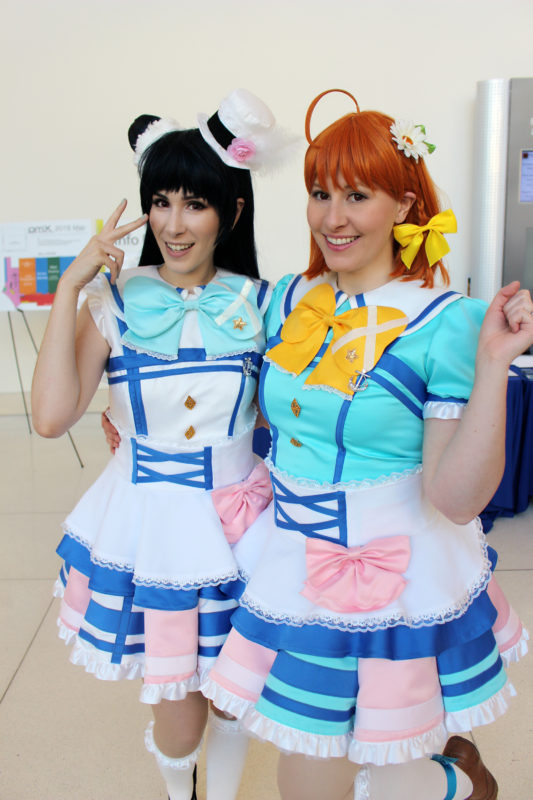 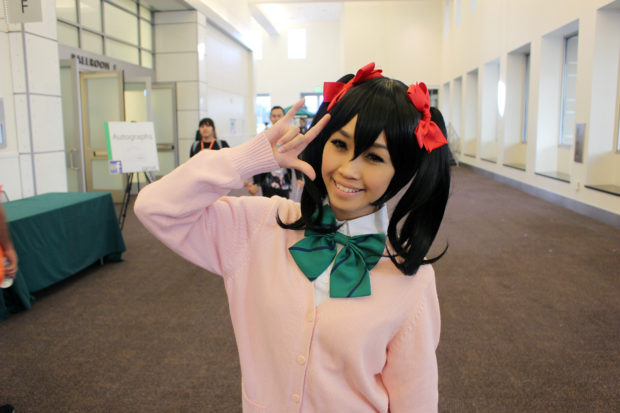 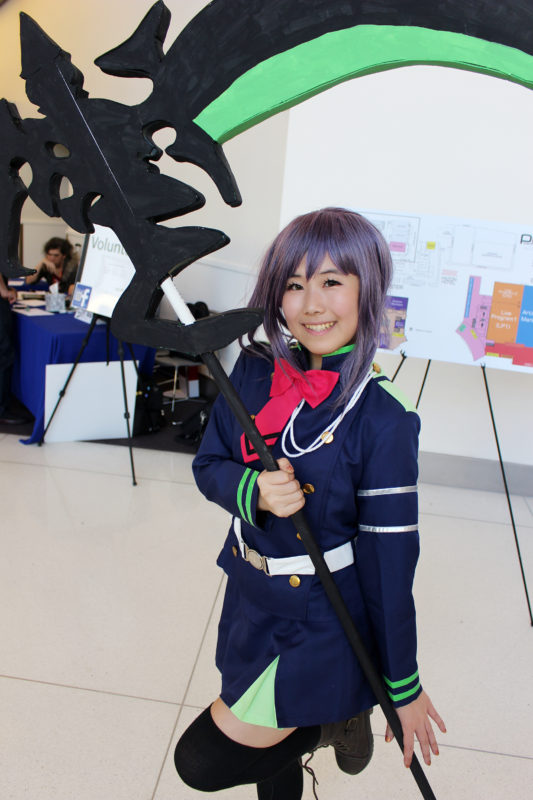 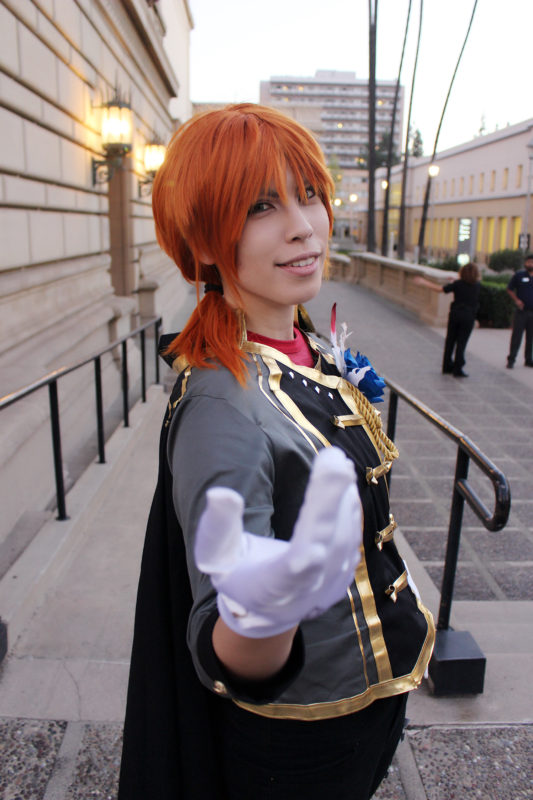 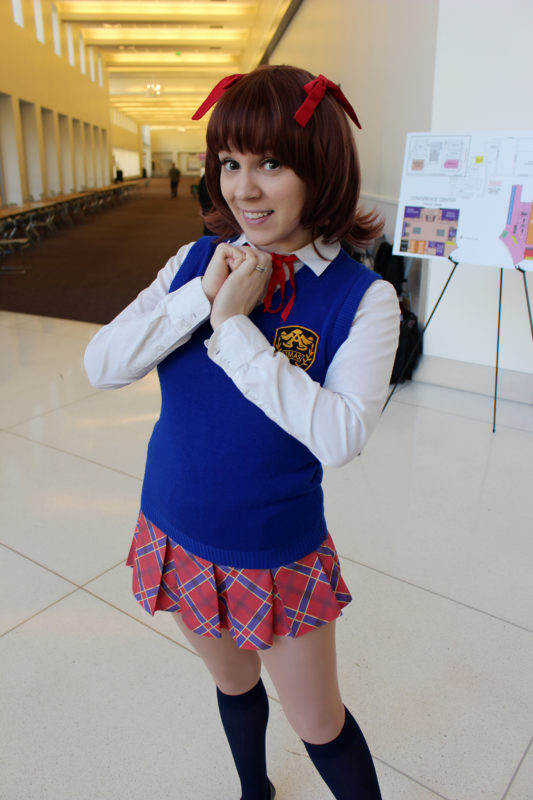 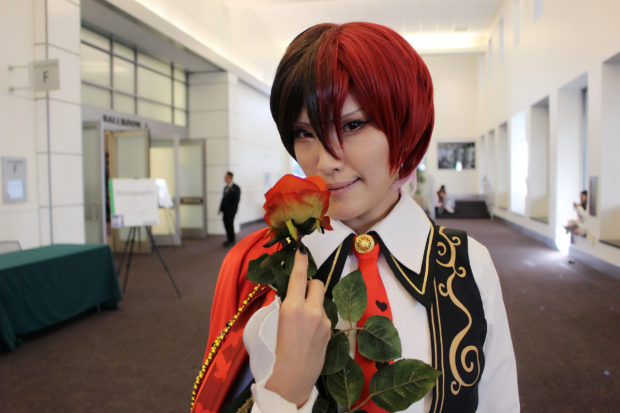 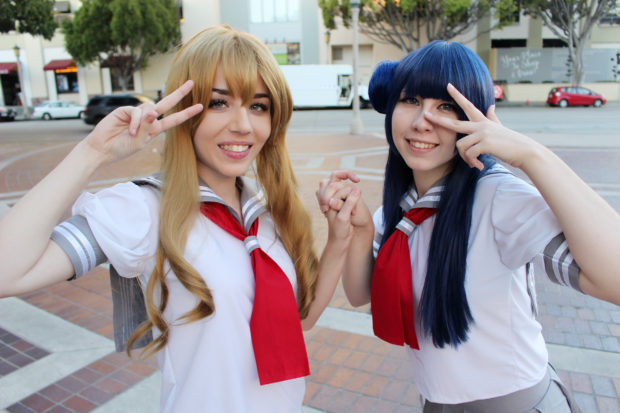 I also had a chance to meet the guests of the honor from Japan, Mr. Mamoru Yokota and Mr. Masashi Kudo! I could even get a Mr. Kudo’s autograph and took a photo together! 🙂 Mr. Kudo is well known as a character designer for a super popular anime/manga “Bleach.” He told me that it was his first time visiting the West Coast so he was excited to meet his American fans at this con. He was so energetic and sweet! 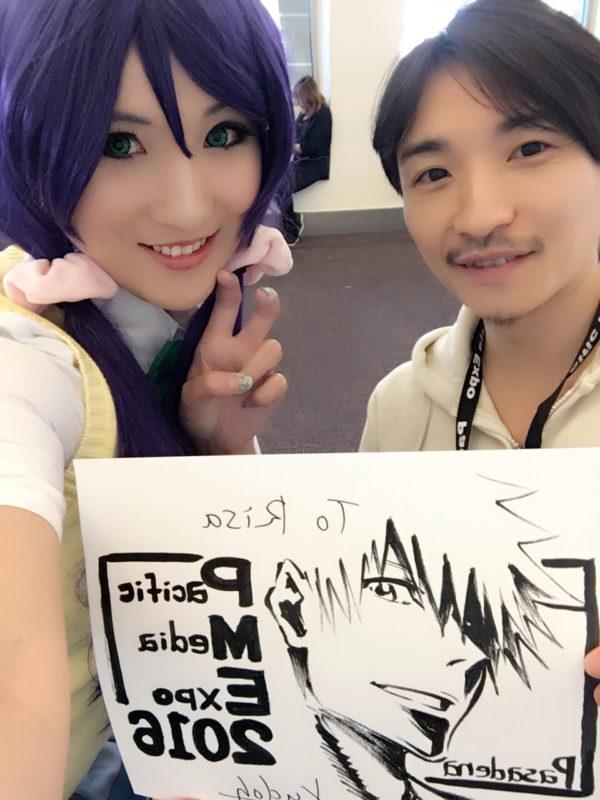 Pasadena is such a pretty city so there are so many great locations for the photoshoot around the convention center. There were a few food trucks including Okamoto Kitchen in front of the con even if you get hungry.

It was really a nice chill con. I’m definitely going back there again next year! （*^_^*） 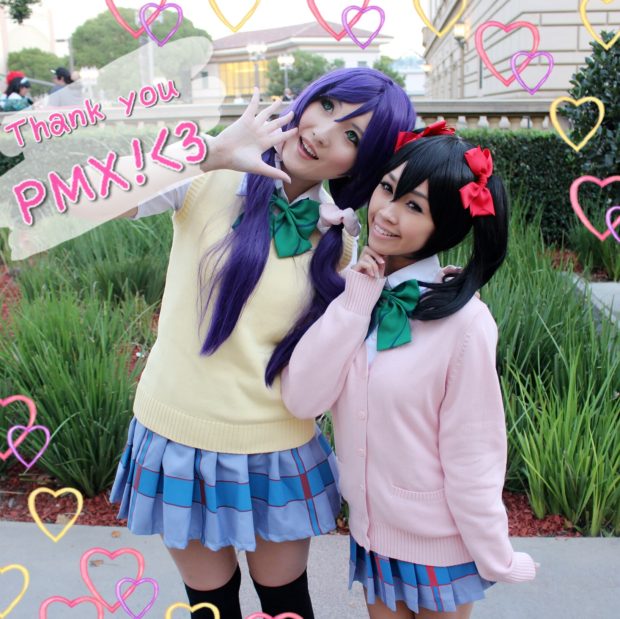