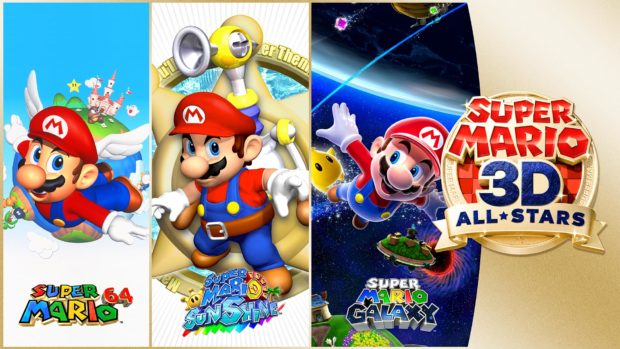 It’s a bird! It’s a plane! It’s Super Mario 3D All-Stars! Time to fly in the sky and back into space with our worldwide famous plumber. Our favorite 3D Super Mario adventures just made an amazing comeback on the Nintendo Switch.

Nintendo released Super Mario’s finest 3D games in an amazing bundle on September 18th, 2020. The bundle includes Super Mario 64, Super Mario Sunshine, and Super Mario Galaxy, and they all got a new makeover. With its high definition resolution while still reserving its original look and gameplay, this 3D package will astonish you and make childhood feel like yesterday.

Originally released in 1996 for the Nintendo 64, Super Mario 64 raised the bar with polygon stage designs and open-world playability. Favored amongst speedrunners, this famous classic left a lasting impression for a casual and competitive gaming experience. Not only is it a great platformer, but the game also includes stages with puzzles, races, and requirements to gather enough coins to reach certain levels.

Super Mario Sunshine followed up as the second 3D platformer in 2002 on the Nintendo Gamecube. The sunny beach setting made this adventure feel like a vacation. Mario didn’t have enough time to put his shades on though, as he missions to rescue Princess Peach once again. The game introduced the power of water from Mario’s robotic backpack to fight enemies, clean up goop, and hover in the air.

Continuing the Super Mario 3D lineage, Super Mario Galaxy was released on the Nintendo Wii in 2007. The game gave players new heights (and flight!) for exploration throughout space. All three classics give players newfound freedom with their favorite drifting experience.

There’s also no need for an extra Wiimote now, multiplayer has never been easier in Super Mario Galaxy with the new Joy-Con™ controllers. The Nintendo Switch already provides the perfect co-op experience with its two-in-one controller design for you and your partner.

This three-in-one classic collection will only be available for purchase through March 31, 2021, so get your copy as soon as possible and be prepared to discover Super Mario 3D All-Stars!